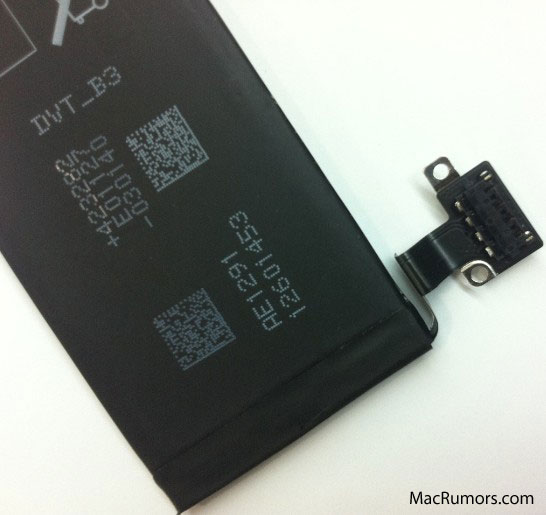 As we get closer to the iPhone 5’s release in September/October, expect part leaks to start flying off supply chains overseas. This report is no exception, with an overseas iPhone parts supplier called TVC Mall leaking several alleged components of the iPhone 5.

A total of 5 parts have been leaked, including the iPhone 5’s battery, rear camera lens and headphone/earphone audio flex cable…

The parts are definitely different than the iPhone 4, but the changes seem to not reveal anything substantial about the upcoming product. The camera lens did reveal that the iPhone 5’s flash design will remain like the iPhone 4’s, instead of the dual, separated camera flash rumors we were hearing earlier in the year. 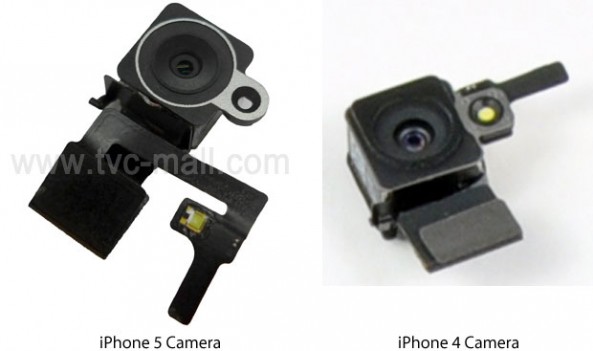 Here’s a side-by-side comparison of the alleged iPhone 5 and iPhone 4 battery: 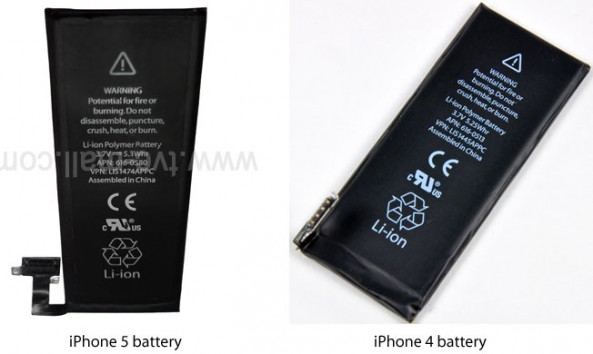 iPatchiPods got more information about the new battery, with the specs looking to be 3.7V and 5.3Whr, while the iPhone 4’s battery is 3.7V and 5.25Whr. The component is also labeled “DVT_B3,” which means that it is in the late development stages.

“The progression of Apple’s product development goes through several distinct phases. Following the development phases, products go into EVT (Engineering Verification Testing) and then DVT (Device Verification Testing) stages before they reach the production stage. Of course, we’re not sure how old the battery shown in the photo is, so the iPhone 5 very well could be in the final production stage.”

The iPhone 5 is expected to have a 8 megapixel camera and a faster processor, with a release projected for September or October.