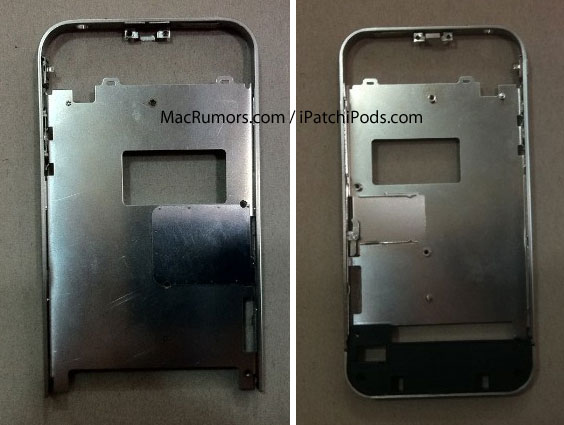 Numerous purported iPhone 5 cases have surfaced from suppliers and sources overseas in the last couple months, with the most recent finding pointing towards an iPhone ‘4S’ device with a modified antenna design.

Instead of a totally redesigned iPhone 5, this case leak suggests that Apple will unveil a more evolutionary iPhone 4S device with slight design changes…

MacRumors believes that this design change means that the iPhone 4S will be a global device capable of running on multiple networks.

“The reason for the movement of the antenna breaks is to accommodate different frequencies of the different mobile technologies. This “iPhone 4S” appears to have a slot for a SIM card, suggesting that at a minimum it will support the GSM standard like the original AT&T iPhone 4. It is believed the iPhone 5 will support both GSM and CDMA, but we haven’t heard anything definitive about the band support for this iPhone 4S.”

Multiple reports have come out over the last several months that Apple’s next iPhone will be a world phone with a SIM card slot, so this leaked casing makes sense.

Additionally, this leaked casing shows that the mute/lock switch and volume rocker placement has not changed. The bottom part of the casing suggests a slightly redesigned home button with possible multitouch gestures. We’ve also heard this rumor before.

The next iPhone is expected to launch in either September or October, with rumors suggesting that Apple could unveil two new iPhone models at once.