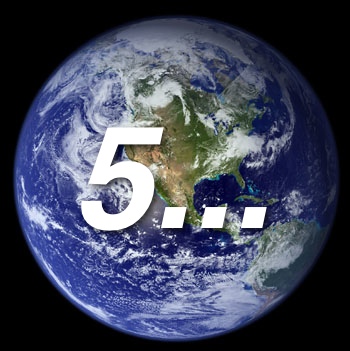 TechCrunch’s Robin Wauters reports what we have been assuming for quite some time now: the iPhone 5 will be a global world phone, by essentially enabling you to roam on any network worldwide.

The report lists the mounting evidence, which backs up this earlier claim by Verizon CFO Fran Shammo, that the next iPhone would indeed have the ability to roam globally.

This is very good news for travelers, who won’t have to worry about the hassle of no coverage in areas where only one type of service (CDMA or GSM) is available…

As Wauters explains, the latest evidence comes from the app usage logs of an unnamed, yet popular, iOS developer. The logs contain data from a brand new Apple device featuring two unique mobile network/country codes — one from AT&T, the other from Verizon — originating from the same device.

While there is obviously nothing in stone here, and Apple is likely still testing its heavily anticipated iPhone refresh, I’d say that this news is highly indicative that Cupertino is streamlining its GSM and CDMA iPhone models into one single device.

Not only would this be cheaper to mass produce and easier as far as managing inventory is concerned, it could also help eliminate the firmware fragmentation that has reared its head ever since the Verizon iPhone 4 debuted back in February.

Word on the street also says that Apple will be migrating completely over to Qualcomm basebands for the iPhone 5. As you may already be aware of, the Verison iPhone 4 utilized a Qualcomm chipset, and that chipset — the MDM6600 to be specific — supports both GSM and CDMA connectivity.

Will we see the first global iPhone hit the market this fall? I believe that all of the evidence points to a wholehearted, “Yes.”

What are your thoughts and an global iPhone 5? Would you be welcome the idea of a globally enabled phone, even if it came at a premium?