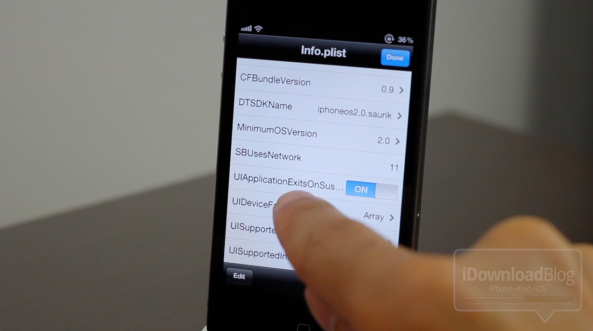 Isn’t it funny that Cydia rarely stumbles into the conversation when someone asks what your favorite jailbreak app is? When you think about it, Cydia is far and away the most important, and well put together jailbreak app of them all. It just so happens that it’s also the main source of other jailbreak tweaks and apps.

Saurik’s brainchild is the reason that most of us are able to thoroughly enjoy jailbreaking today. We also appreciate how hard he has worked over the years to improve the performance and features of Cydia. The 1.1 update still brings a smile to my face, after all.

That all being said, one of the main complaints about Cydia stem from its lack of true multitasking. Saurik graciously included a nice resume feature in his previous update, but that still isn’t the same as having true multitasking. Thankfully, enabling multitasking is about as easy as it gets. Check inside for a video tutorial that shows you how to enable multitasking in Cydia…

Just a word of warning, this method isn’t endorsed by anyone as far as I know, and in fact, in a previous written tutorial on the subject, it was stated that it could induce problems. With that in mind, proceed at your own risk, and be sure to backup anything of importance before proceeding.

For the record I never experienced any problems, and my iPhone is running smooth, but you just never know when you start tinkering with property list settings.

Have you tried it out? If so, let me know how it’s working for you.