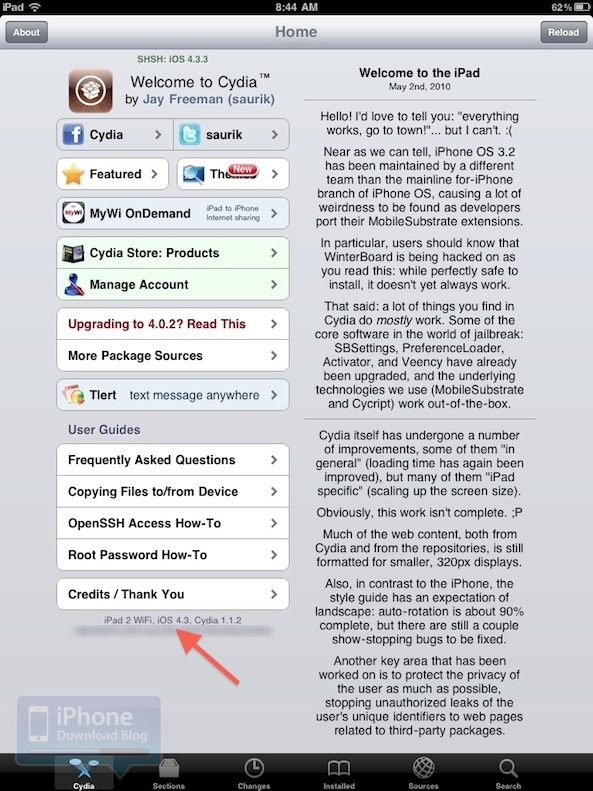 As we await the release of Comex’s JailbreakMe 3.0, a roundabout method has been uncovered for jailbreaking the iPad 2 on the latest version of iOS.

Comex’s jailbreak got briefly leaked online over the holiday weekend, and a hacker named Ryan Vanniekerk has put together a complex tutorial on how to use the JailbreakMe 3.0 files to set up your own web-based exploit for all iDevices running iOS 4.3.3 and below!

After the JailbreakMe exploit was leaked online, all links were quickly pulled. Some managed to successfully jailbreak the iPad 2 while the files were still available online, but most missed the opportunity. Ryan Vanniekerk was actually able to, through some clever web server trickery, get his hands on the JailbreakMe 3.0 source files. He has published a detailed how-to on his personal blog for those wishing to try his method.

“After a bit of digging I happened across a relatively inconspicuous comment that lead me to believe that the “unable to download jailbreak files” was attempting to connect directly to Comex’s server (located at 157.22.252.87) in order to download the existing jailbreak files. However, the files attempting to be downloaded were the exact same files that had already been leaked earlier in the day, they simply existed in a separate location.

My first thought was to spoof a local webserver with the same IP that the jailbreak is connecting to in order to make it look for the files there instead.  After a bit of tinkering around I finally managed to bypass the 403 error and successfully jailbreak my iPad 2!”

While it’s definitely cool that Ryan was able to hack his way into this situation, we don’t recommend trying this at home. Ryan’s tutorial involves reconfiguring your router and manipulating your DNS settings. This tutorial is not for the faint of heart, and the best thing to do is just wait for Comex’s official release on JailbreakMe.com.

Ryan does note in his post that this is an “experimental beta” and should be treated as such. If anything happens to your Mac or iPad 2 during the process, know that you have been warned.

We see no real point in trying Ryan’s method when JailbreakMe 3.0 should go live today (if all things go according to plan). Last night, a “We’ll be back soon” banner appeared on JailbreakMe.com, and we expect the site to go live sometime today.

Let us know if you go ahead and try Ryan’s workaround for the iPad 2 jailbreak. Our guess is that most people will just wait for the official release.