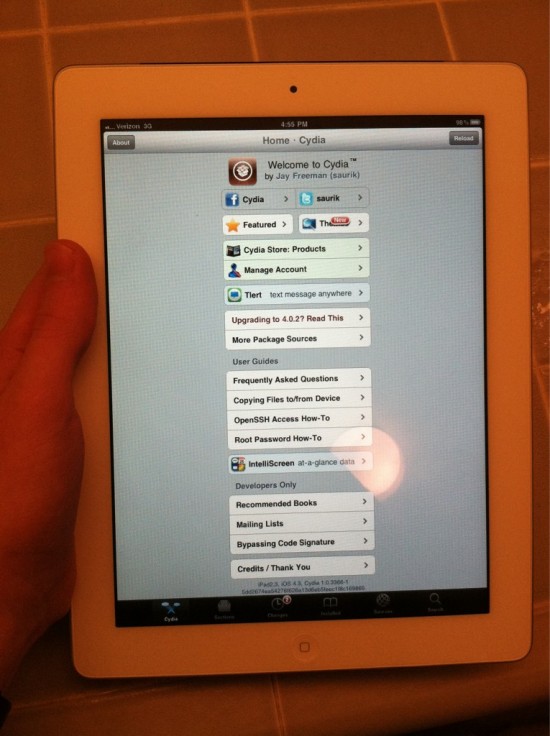 Most of you know by now that Comex’s long-awaited iPad 2 jailbreak was leaked yesterday. As the hacker was putting the finishing touches on JailbreakMe 3.0, the PDF exploit was leaked to the world. Someone publicly posted the new JailbreakMe files, and the links spread around the web like wildfire.

The original story iDB heard was that a trusted beta tester leaked the files. That would have meant Comex was betrayed by someone he trusted, adding insult to injury. We have since learned that this is not what actually happened. Here’s the real story behind the iPad 2 jailbreak leak…

20 year-old Ryan Lobbins is a computer science major from Arizona. Lobbins took to his blog yesterday to clear the air regarding his part in the leak of Comex’s exploit.

“Am I responsible for the leak? Indirectly, yes. Did I leak it intentionally? Not really, I only intended for 1 or 2 people to try the files to see if they worked. The person who leaked it was Will Sayer, and him only. He released the files, sent off the info to news sites not me.”

As it turns out, Lobbins isn’t a beta tester and never said that he was. The entire story seems to have been cooked up by the same person who posted the original links to the unfinished jailbreak.

“I was playing Star Craft with some friends reading Comex’s Twitter updates like every other person waiting for the jailbreak. This is when I had a crazy idea just to search a site he posted in a previous tweet.”

During his search, Lobbins came across Comex’s bannerbomb exploit for the Nintendo Wii which led him to believe this was Comex’s site. As he continued to pour through the directories, he came across a folder named saffron that grabbed his attention. Low and behold, it was Comex’s new JailbreakMe.

“So what would you do if you stumbled on a website that had all the data for the jailbreak people have been waiting months for? At first I wasn’t sure what to do, let alone believe I found the files. The only true indication that I found them was all the pdf files, deb files named after different iOS devices, and a php file.”

When Lobbins went to try the jailbreak on his iPad, it didn’t work. So the computer science major made copies of the files to try on other devices. He then uploaded the files to his personal site before going on vacation.

The night of July 1st, while on holiday, Ryan’s curiosity got the better of him. Here he had Comex’s new jailbreak software, which didn’t work on his iPad. He wondered if it worked at all. He got in touch with someone he had met through an iDevice forum named MultimediaWill, and sent him a link to one of the uploaded PDF files.

To his surprise, it worked. It quickly jailbroke his iPad and installed the all-too-familiar Cydia icon. According to Lobbins, Will swore up and down he wouldn’t leak the files. But judging by the mayhem that ensued yesterday morning, he was lying.

So there you have it, that’s how the infamous iPad 2 jailbreak leak unfolded. By now, most of the links to the leaked files have been removed, and the community is still holding vigilant for the real iPad 2 jailbreak.