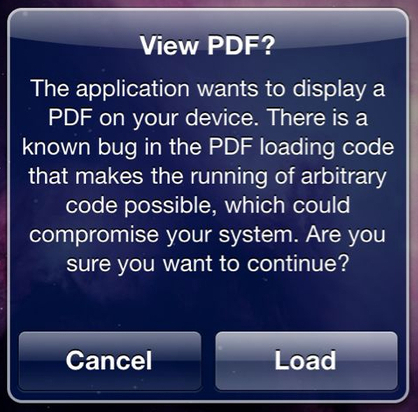 It’s been a seemingly endless saga as Comex prepares his upcoming jailbreak tool for the iPad 2. JailbreakMe 3.0 has been expected to drop any day now for the past few weeks, but several speed bumps and unexpected turns have kept the userland jailbreak from getting released.

This past weekend, JailbreakMe 3.0’s exploit was leaked online in an attempt to hurry up Comex’s official release. Some people were able to get to the download links in time (before they were pulled) and successfully jailbreak the iPad 2 on iOS 4.3.

Thanks to a string of alleged emails between Comex and MultiMediaWill (the guy that leaked JailbreakMe 3.0), the latest rumor pegs JailbreakMe’s relaunch for tomorrow… 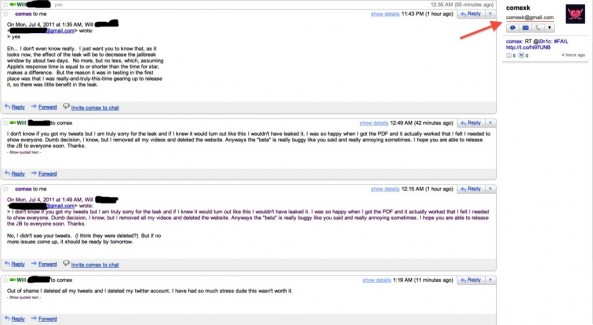 iPhoneItalia has gotten its hands on an email conversation between Comex himself and MultiMediaWill. As you can tell from the back and forth, MultiMediaWill is sorry for leaking Comex’s exploit, and he has taken down all links and accounts relating to the leak.

Oddly enough, he and Comex seem to be on good terms, despite the fact that MultiMediaWill intentionally leaked Comex’s exploit (which will most likely be patched by Apple in iOS 4.3.4).

Comex told MultiMediaWill at about 1 AM this morning,

“But if no more issues come up, it should be ready by tomorrow.”

So there you have it, folks. July 5th for JailbreakMe 3.0? We certainly hope so.

iPhoneItalia does point out that, depending on how you look at it, Comex’s “tomorrow” could be referring to today, July 4th. At 1 AM, he could very well have meant that JailbreakMe 3.0 will see the light of day today! We’re keeping our fingers crossed.

If you visit jailbreakme.com right now, you’ll see some github strings that reference Comex’s work on the upcoming jailbreak. Separately, the jailbreakme.com domain is available for sale on GoDaddy, but Comex has confirmed that he does not own the domain and that his jailbreak is still set for a release.