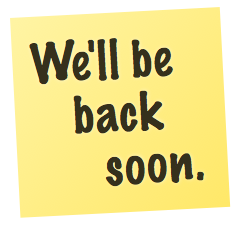 The tension is getting harder and harder for the release of JailbreakMe. After being leaked to everyone over the weekend, we found out that JailbreakMe was officially going to be released to the public today or tomorrow.

The JailbreakMe website just got updated again, this time to show a sign stating “We’ll be back soon,” similar to the message Apple shows when the Online Apple Store is being updated…

So when can we expect JailbreakMe to be released? We’re not sure, but according to this tweet from Comex, it could be in the next 42 hours, although this could just be a . Update: A few of you guys pointed out to the obvious. 42 is the “Answer to the Ultimate Question of Life, the Universe, and Everything” in the famous movie The Hitchhiker’s Guide to the Galaxy.

One thing is sure, JailbreakMe is closer to us than it ever has been.

It is still unclear what firmware and device the new JailbreakMe will be able to jailbreak, but it is safe to assume at this point that the iPad 2 will finally be able to get the jailbreak treatment.

Update 2: And a little magic midget tells us JailbreakMe will be released tomorrow, on July 5th.

Even though the JailbreakMe.com domain name appeared to be for sale over the weekend, it appears that Comex will release his latest jailbreak on this domain anyway.