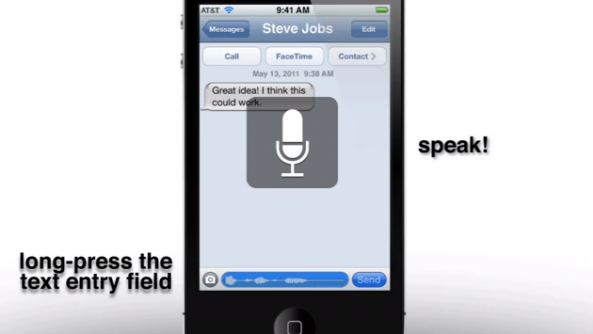 Speech recognition is a hot topic right now, and for good reason. It’s evident that iOS 5 is going to feature a heavy mix of speech recognition tech, and this is the way that mobile phones are headed as a whole.

But how exactly will speech recognition integrate with iOS? For instance, how will we go about transcribing an SMS message using only our voice?

Jan-Michael Cart, creator of quite a few iOS 5 mockups, has envisioned his rendition of iOS 5’s speech recognition tech, and has shared it with the rest of the Apple community…

Being an avid proponent of jailbreak apps and tweaks, I have to say that that looks eerily similar to a mix of Action Menu Voice, and especially Voice Activator — two already existing and functional jailbreak tweaks.

In other words, you can have this type of functionality now, if you jailbreak your iPhone.