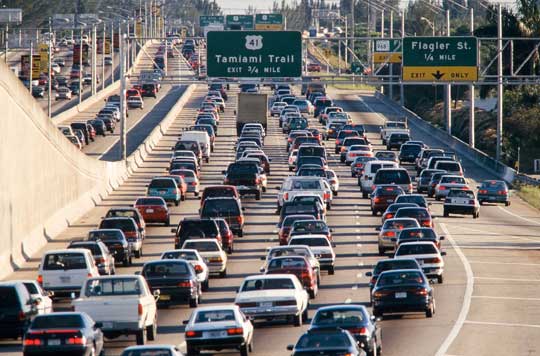 Ok ok, we get it. The secret location file that came to light last week is a glitch, and is being fixed. This article isn’t about the potential dangers that are involved with this location information, but the possibilities it brings for future iOS features.

Apple posted a Q&A article this morning to set the record straight about the controversial tracking file. One of the questions was, “What other location data is Apple collecting on the iPhone besides crowd-sourced Wi-Fi hotspot and cell tower data?”

According to the report, Apple is now collecting anonymous traffic data to build a crowd-sourced traffic database. The goal is for Apple to provide iPhone users with an improved traffic service in the next couple of years. What could Apple be planning that uses a traffic service?

MacRumors seems to think that Apple is planning to drop the traffic experience into an all new turn-by-turn navigation system, separate from the Maps application, included in iOS. They also believe the service will be driven by Google.

This should ring a bell to folks who have been following the breadcrumbs over the last few years. In 2009, Apple bought PlaceBase, a GPS mapping software company. More recently, we’ve seen Apple job postings requesting new iOS Maps Application Developers.

We don’t know if this is going to be a separate application, or be an evolution of the current Maps app. We also don’t see it being driven by Google, as the competition between the 2 companies continually heats up. Regardless of who develops, iOS is long overdue for a navigation app with turn-by-turn voice directions.