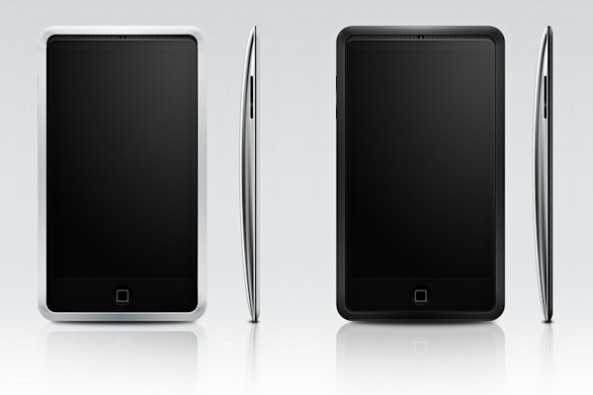 A series of new developments has shed some light on Apple’s product roadmap for the coming year. First, we thought that Apple would be holding a media event in April for iOS 5 and MobileMe. TechCrunch followed up on those rumors by saying that iOS 5 would be pushed back to the fall, and that the iPhone 5 would be released this summer running a version of iOS 4.

Today, Apple announced the dates and information for their annual World Wide Develepors Conference this June. Apple’s focus for WWDC this year will clearly be on software, and, unless they’ve got a big surprise up their sleeve, we probably won’t see the iPhone 5 launch during the expected time frame…

Apple has always done something with the iPhone during June, but this year looks to be a change-up from Apple’s typical announcement cycle. The Verizon iPhone launched in February, which is something totally new for Apple’s typical release schedule.

The white iPhone 4 is suspected to ship very soon as well, which could make Apple feel comfortable with holding off on the release of the next gen iPhone. It doesn’t make much sense for Apple to release a white iPhone 4 less than three months before an iPhone 5 announcement.

The Loop corroborates that we won’t see any hardware announcements from Apple this summer,

“Apple’s apparent focus on software in its WWDC announcement backs up what my own sources are saying about the annual conference. That is, expect a software show in 2011, not a hardware event.

At past WWDCs, Apple might show off a new piece of hardware, but Gartner analyst Michael Gartenberg warns about getting too caught up in the past.

“You get caught up in patterns, and it holds true, until it doesn’t,” Gartenberg told The Loop. “There is no reason for Apple to follow a predictable yearly pattern, and it keeps their competition off guard a little bit.”

Japanese site Macotakara (via Google Translate) claims that the iPhone 5 won’t ship until much later in the year,

“According to sources in China, fourth quarter 2011 (July-September) had been rumored to be announced on the iPhone 5, from things that do not begin manufacturing parts in 2011 (to September) of seems to be lost sale.”

So, news from China says the iPhone 5 won’t ship until late 2011 (September at the earliest).

All Things D agrees that we won’t see the iPhone 5 at WWDC this summer, and they think the reason could be 4G,

“I’m just guessing here, but I think postponing the unveiling and release of the device could be an indication that its next iteration will run on 4G LTE networks. Remember, AT&T is expected to launch its LTE network by the middle of the year and Verizon’s is already up and running. And what was it China Mobile Chairman Wang Jianzhou said earlier this month? “[Steve] Jobs has expressed his interest in an LTE iPhone and is willing to start the development at an early date” …

TiPB makes a good point that Apple wouldn’t gain much from releasing the iPhone 5 after June. Android handsets are already offering advanced hardware that can easily compete with what the iPhone 4 has to offer. Apple will need to pull out the big guns to blow the competition out of the water when they finally unveil the next iPhone.

When you think globally, it doesn’t seem like the Verizon iPhone or LTE would cause Apple to push back the iPhone 5 announcement. In case you’ve forgotten, Apple is very much a global company. And the Verizon iPhone was a US-only release. LTE is primarily a US-only story too, so does it globally make sense for Apple to skip their normal announcement date for either of these primarily domestic issues?

All reasons aside, Apple has never been a company that’s known for its predictability. I wouldn’t put it past Steve Jobs and team to surprise everyone this summer with “One more thing…”

Do you agree that we won’t see an iPhone 5 announcement at WWDC this June? Why do you think Apple would wait for a later date?

[Note: The above image is a concept and not an actual image of the iPhone 5.]