As expected, following the announcement that tfp0 (kernel task port) had been achieved on an iOS 16.1.1 device, the palera1n team has officially added support for iOS & iPadOS 16 to its checkm8 bootrom exploit-based palera1n jailbreak tool in version 1.4.0.

The latest news, shared by way of a Tweet from the official palera1n Twitter account, now means that A10+ handsets running iOS & iPadOS 16 can be jailbroken, a subset of iPhones and iPads that includes the following:

This is huge. Despite being coined a ‘developer’ jailbreak, the palera1n team is the first to release a publicly available iOS & iPadOS 16-supported jailbreak, and with tweak injection nonetheless. Still, it’s worth noting that jailbreak tweaks likely don’t yet support iOS & iPadOS 16 and will need to be updated to work on it.

The palera1n team was careful to note some important passcode/biometric authentication-related caveats relating to the use of their palera1n jailbreak on iOS & iPadOS 16. We’ll break it down for you below:

TL;DR, you couldn’t have had a passcode set while upgrading to iOS or iPadOS 16 or else you will need to restore before jailbreaking. This appears to be an SEP-related problem with no workaround.

On a more exciting note, users who do restore appear to be allowed to restore from iCloud or iTunes backups to retain their user preferences and personal data before jailbreaking, but developer mode needs to be enabled on the iOS or iPadOS 16 device regardless in order to jailbreak it.

The update also adds a dedicated loader app and user interface to the device for jailbreaking after the Terminal commands on macOS or Linux have been used: 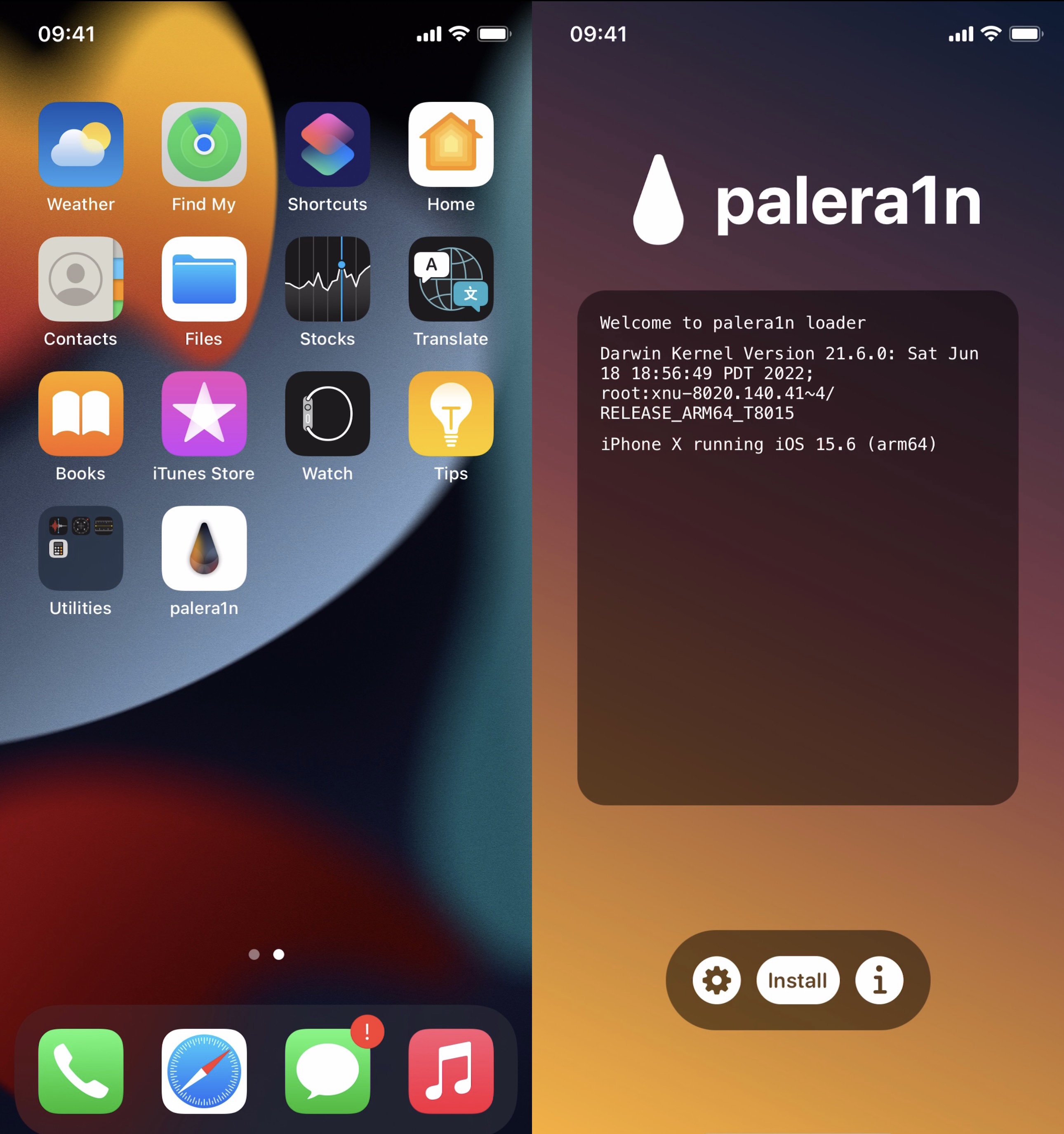 Our tutorial showcasing the steps to jailbreak your iPhone or iPad with palera1n is still relevant to the newfangled iOS & iPadOS 16 support. The only additional step you may need to take would be restoring the device before jailbreaking if it had a passcode before upgrading to iOS or iPadOS 16.

Currently, there isn’t a jailbreak for iOS & iPadOS 16 on A12-equipped and newer handsets, including the iPhone XS and later. iDB will monitor teams’ progress and apprise our readers if anything changes.

Also read: How to remove the palera1n jailbreak

Do you plan to take advantage of the palera1n team’s novel iOS & iPadOS 16 support? Be sure to let us know why or why not in the comments section down below.