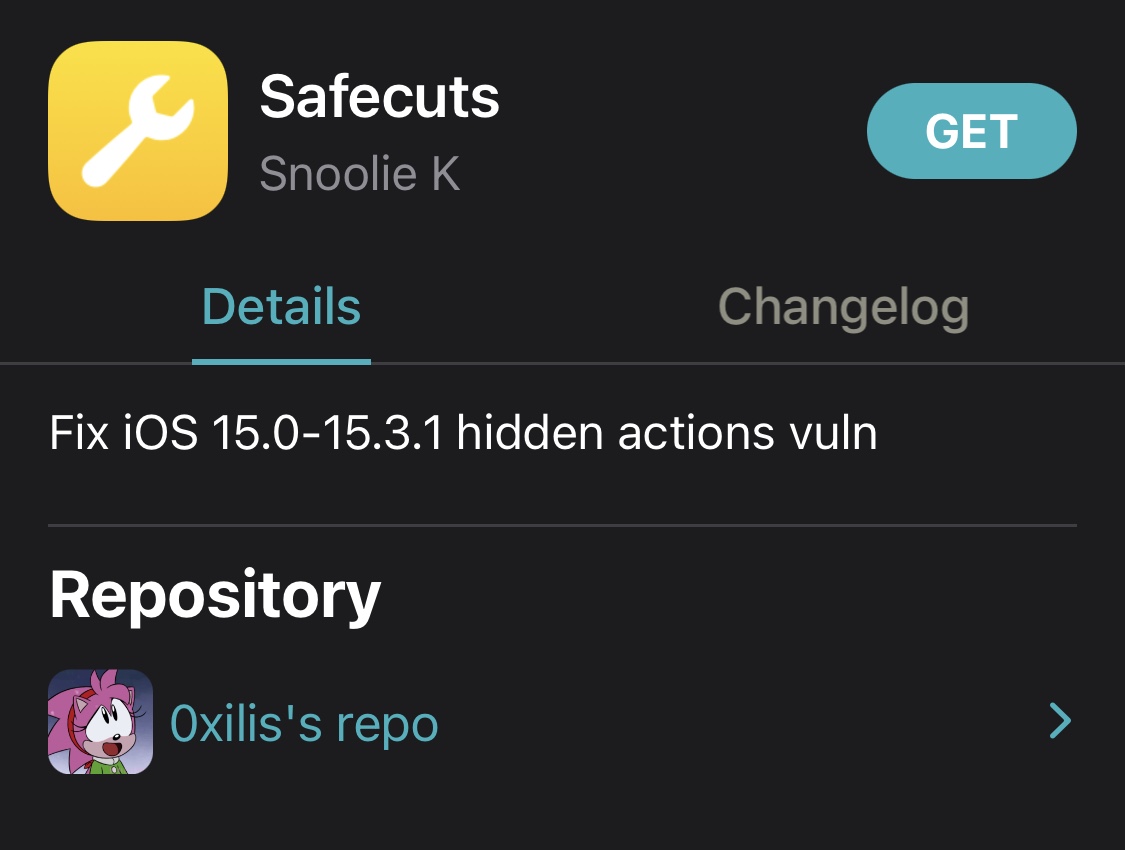 The new tweak comes just after the palera1n team successfully added tweak injection support on iOS & iPadOS 15.0-15.7.1 for their developer-focused jailbreak, and according to 0xilis’ Reddit-based release post, the timing was no coincidence.

In terms of making the Shortcuts app safer to use on iOS & iPadOS 15.0-15.3.1, 0xilis says it patches a known vulnerability that Apple fixed natively in iOS & iPadOS 15.4, helping to ensure that users aren’t targeted by any sketchy attacks while using Shortcuts on their pwned handset: 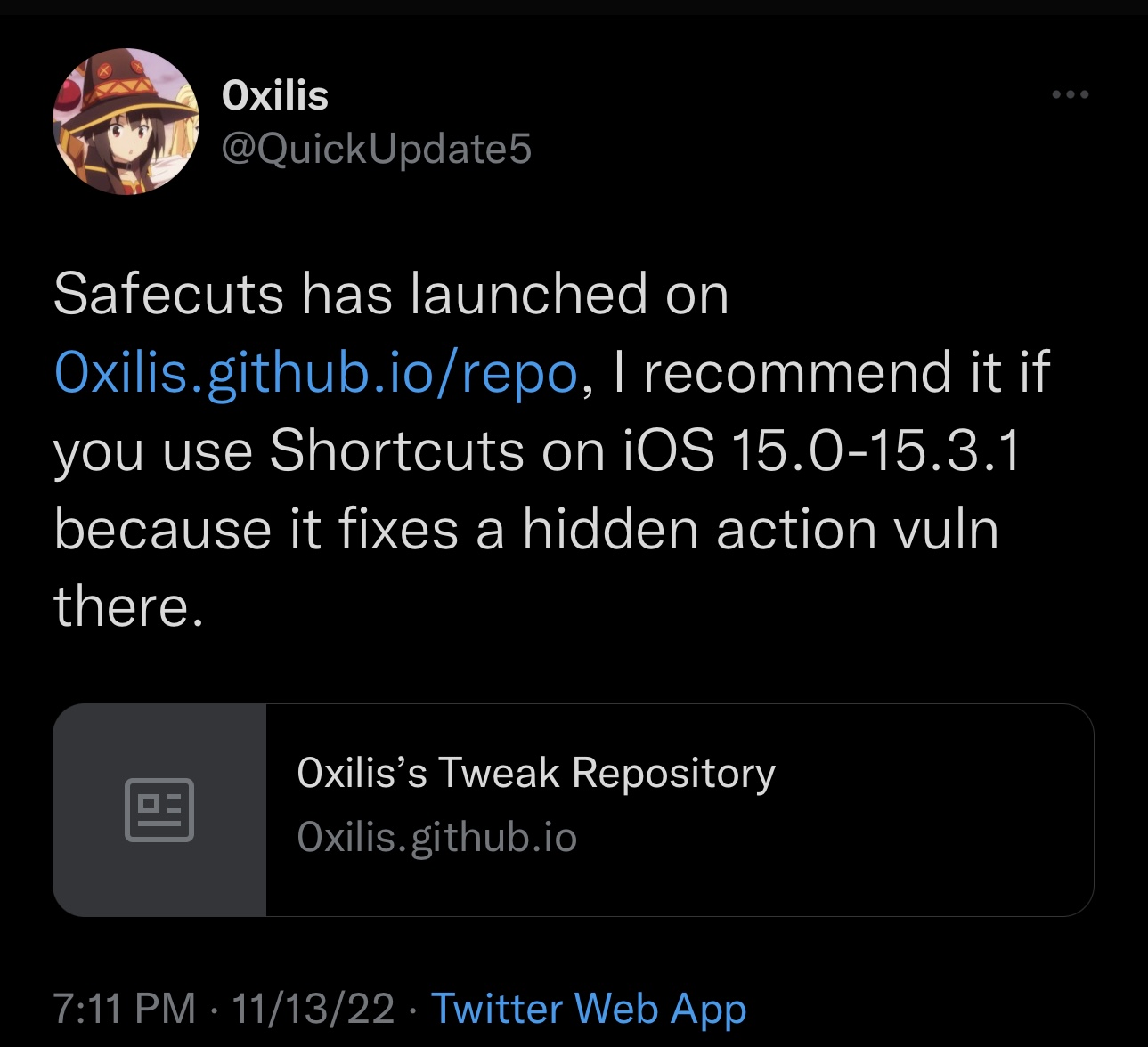 More details about the vulnerability were highlighted in a Tweet by 0xilis in March: 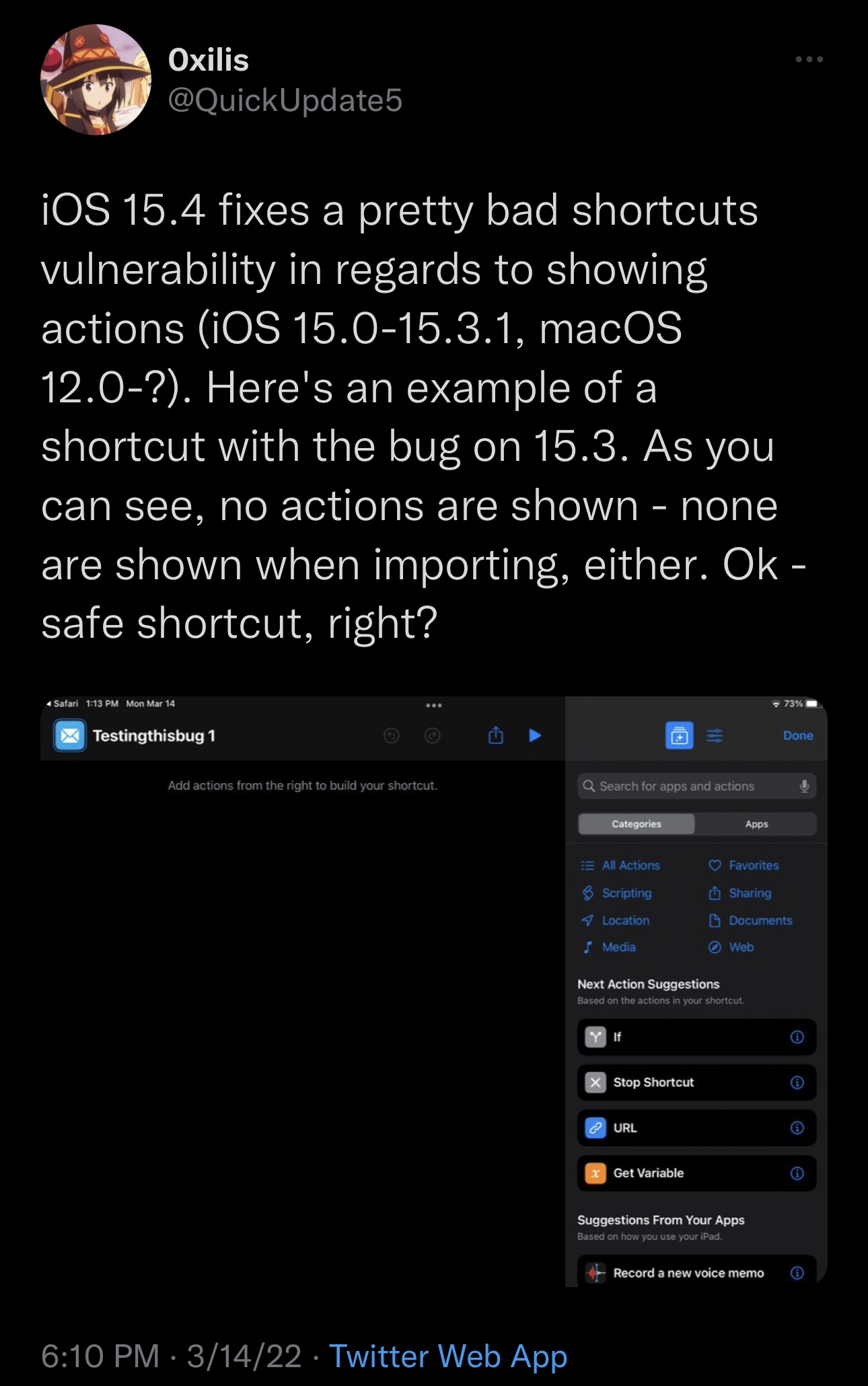 In discussing how the tweak works, 0xilis says Safecuts searches for any actions that trigger the vulnerability upon importing and strips them out before completing the importation.

While users are only able to take advantage of Safecuts while in a jailbroken state, it’s worth noting that any Shortcuts imported with Safecuts will remain stripped of this potential issue even after being imported, which means you will continue being protected even when you boot into a non-jailbroken state as long as you don’t re-import the shortcut or another one with actions that could trigger the vulnerability while in that non-jailbroken state.

The developer also recommends that you remove and re-import any Shortcuts you might already be using while in a jailbroken state and with the Safecuts tweak installed, just for the sake of filtering unwanted actions from those Shortcuts as well. Better safe than sorry!

If you’re interested in giving the Safecuts jailbreak tweak a try for yourself, then you can get it from 0xilis’ personal repository via your favorite package manager app. Please note that the tweak is currently only intended for devices that are jailbroken on iOS or iPadOS 15.0-15.3.2 via palera1n. Further, the tweak is open source on the developer’s GitHub page for those interested in viewing more about it.

If you’re not already taking advantage of 0xilis’ personal repository, then you can add it to your package manager app of choice by using the URL we’ve provided below:

Do you plan to take advantage of Safecuts, either with palera1n right now or with another iOS or iPadOS 15 jailbreak when it surfaces? Be sure to let us know in the comments section down below.