The developer-focused palera1n jailbreak tool for checkm8-compatible devices (A9-A11) running iOS & iPadOS 15.x looks like it could soon be expanding its existing tweak injection support far beyond the current scope of iOS & iPadOS 15.0-15.3.1. 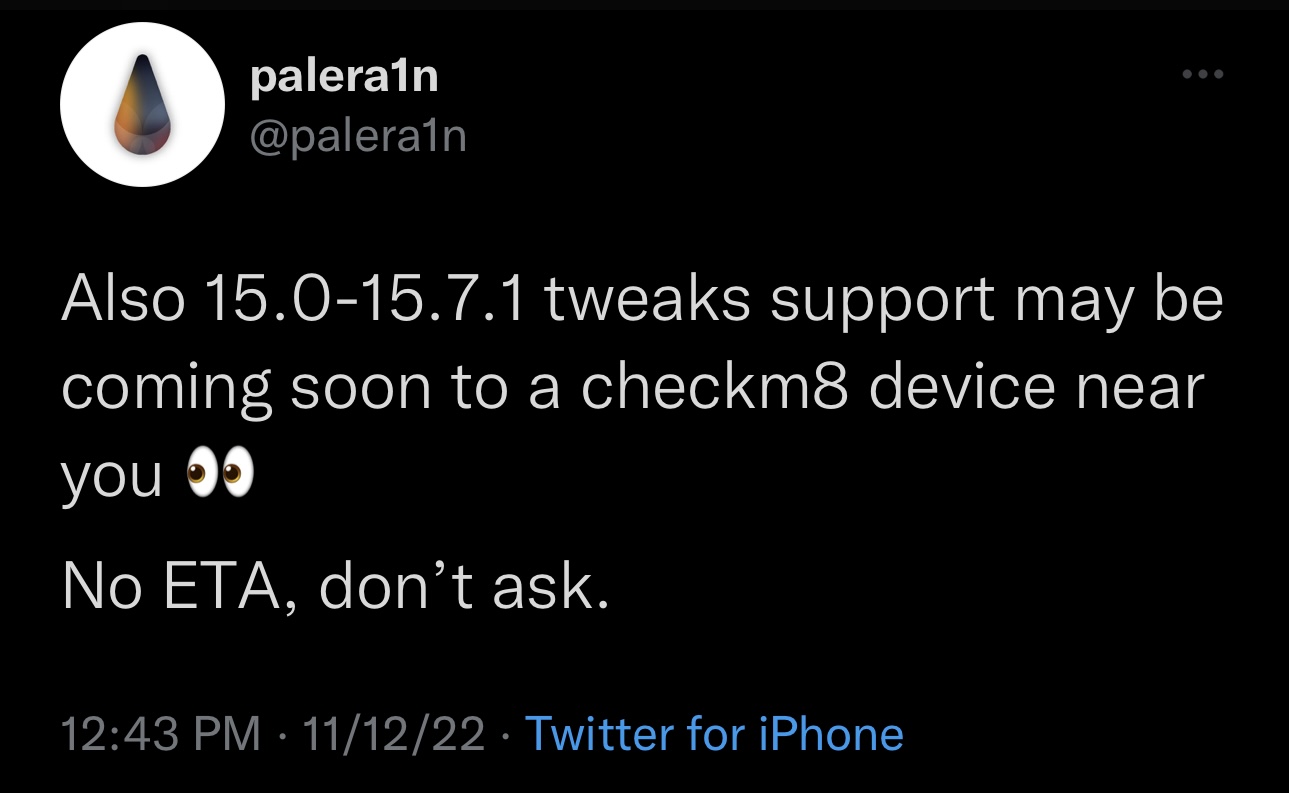 In a Tweet shared just this weekend, and shown above for your viewing pleasure, the palera1n team said that tweak injection may soon be added to their developer jailbreak for devices running up to an including iOS & iPadOS 15.7.1.

The exciting announcement was shared doubly in the palera1n Discord channel, where developer Mineek appeared to show off a video of successful Substitute-based tweak injection on an iOS 15.7.1 device with the Atria jailbreak tweak that had been installed via the Sileo package manager:

Mineek noted that a new update is now available for testing that would fix issues with App Store apps, a crashing Shortcuts app, and other instabilities that had been reported by users. While it’s available on GitHub, Mineek purposely hadn’t pinged the Discord channel because they’re trying to get testers onboard to ensure stability before pushing it to everyone in the channel. Please keep this sentiment in mind.

Mineek also advised against using the semi-tethered option with this update for now, but that could change in the future.

Edit: Tweak injection is now formally available to all users after palera1n team member @itsnebulalol announced as such: 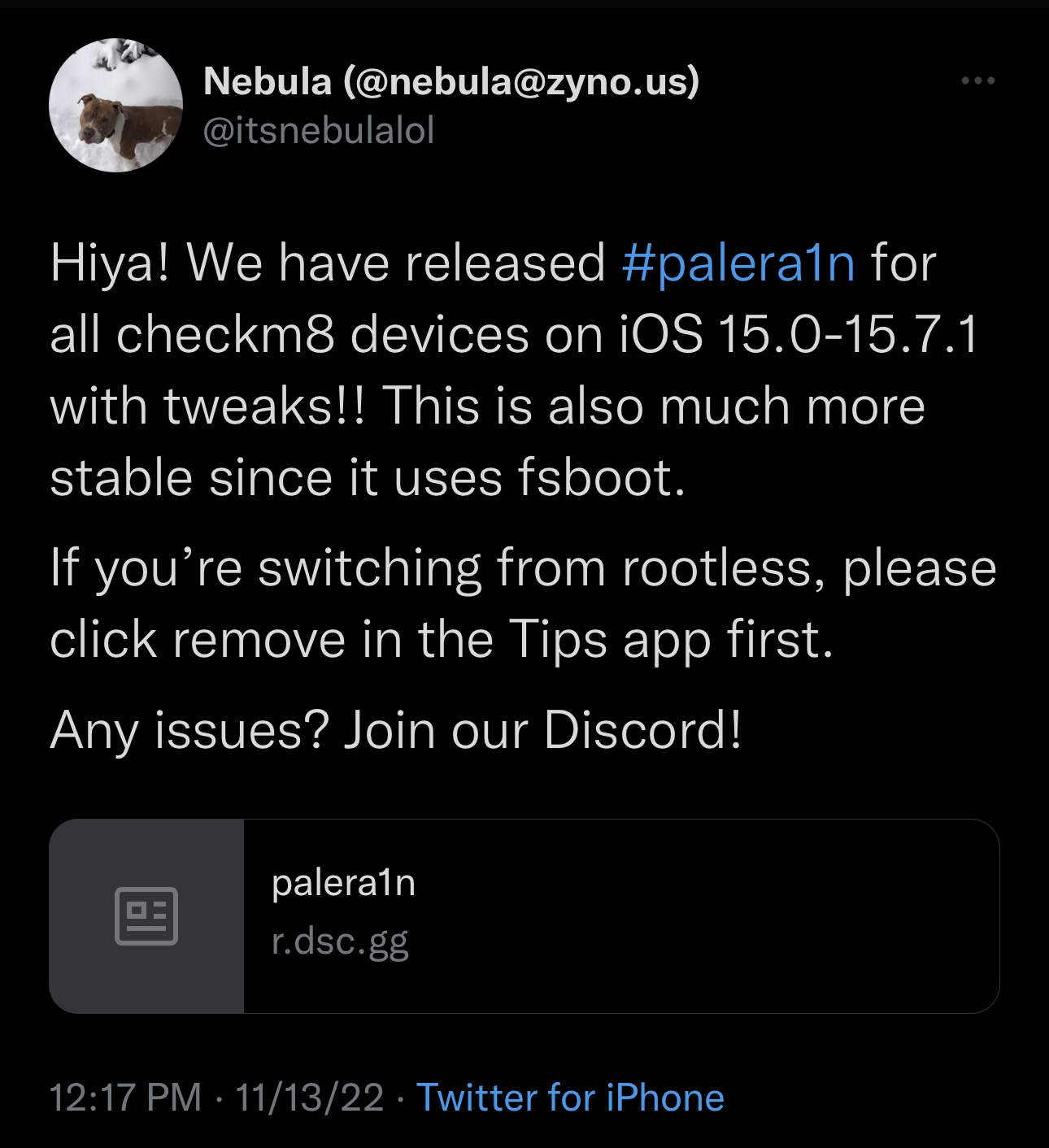 As tweak injection expands on the iOS & iPadOS 15 platform, however buggy it may be amid the new rootless dynamic that jailbreakers must now contend with, each announcement appears to be a step in the right direction as a patient community waits for an official public-supported jailbreak for these devices.

Are you excited about where things appear to be heading? Let us know your thoughts in the comments section down below.