Progress for the jailbreak community appears to be in the making after Twitter user and iOS developer @xina520 Tweeted images of what appear to be working tweak injection for devices equipped with A12-A15 chips and running iOS or iPadOS 15.0-15.1.1. 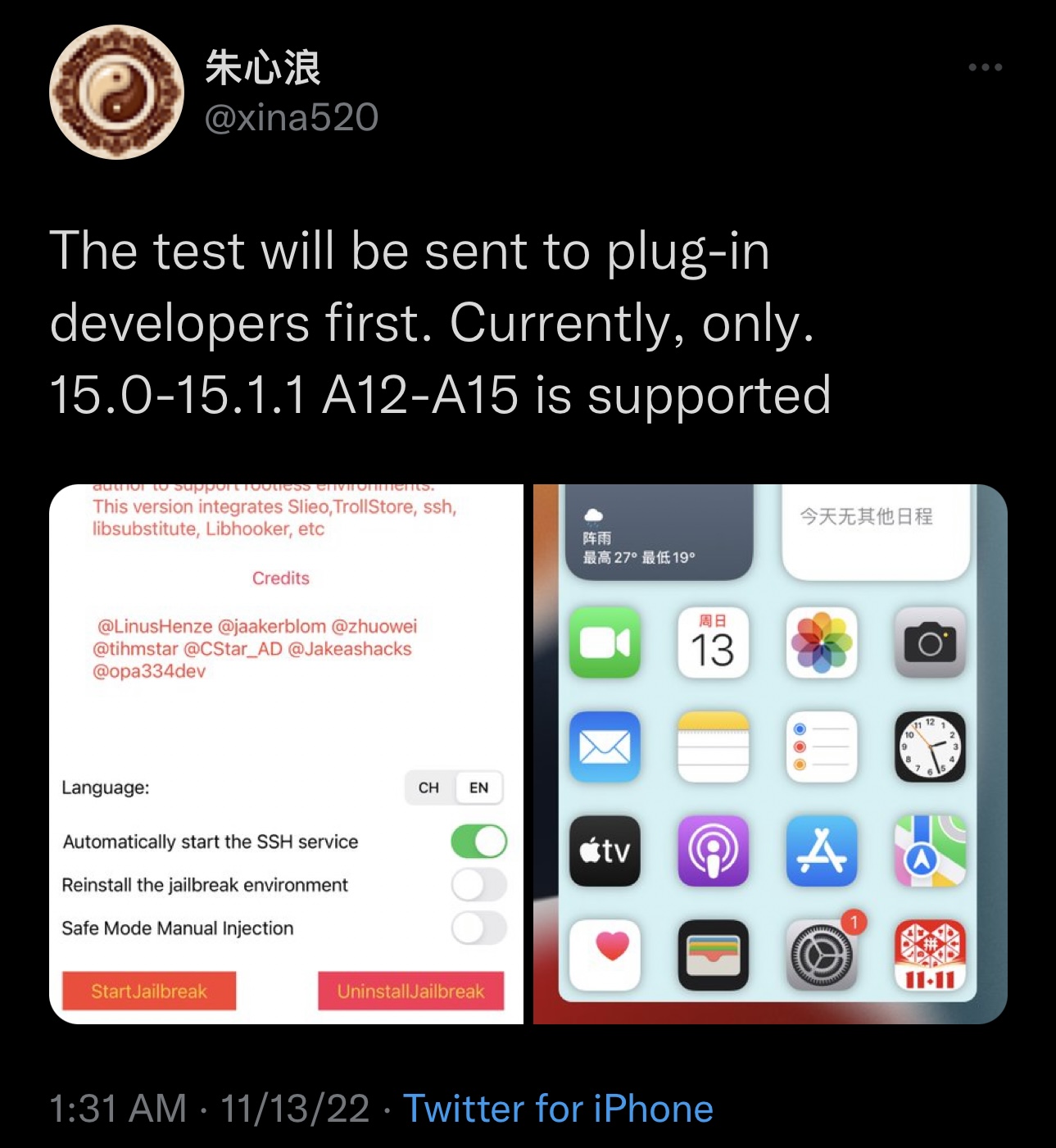 In the images, we see what appears to be a handset customized with various modifications including a colorized Status Bar and five icons in the Home Screen’s Dock, among other Home Screen-centric modifications. We also see what looks like a custom jailbreak app. 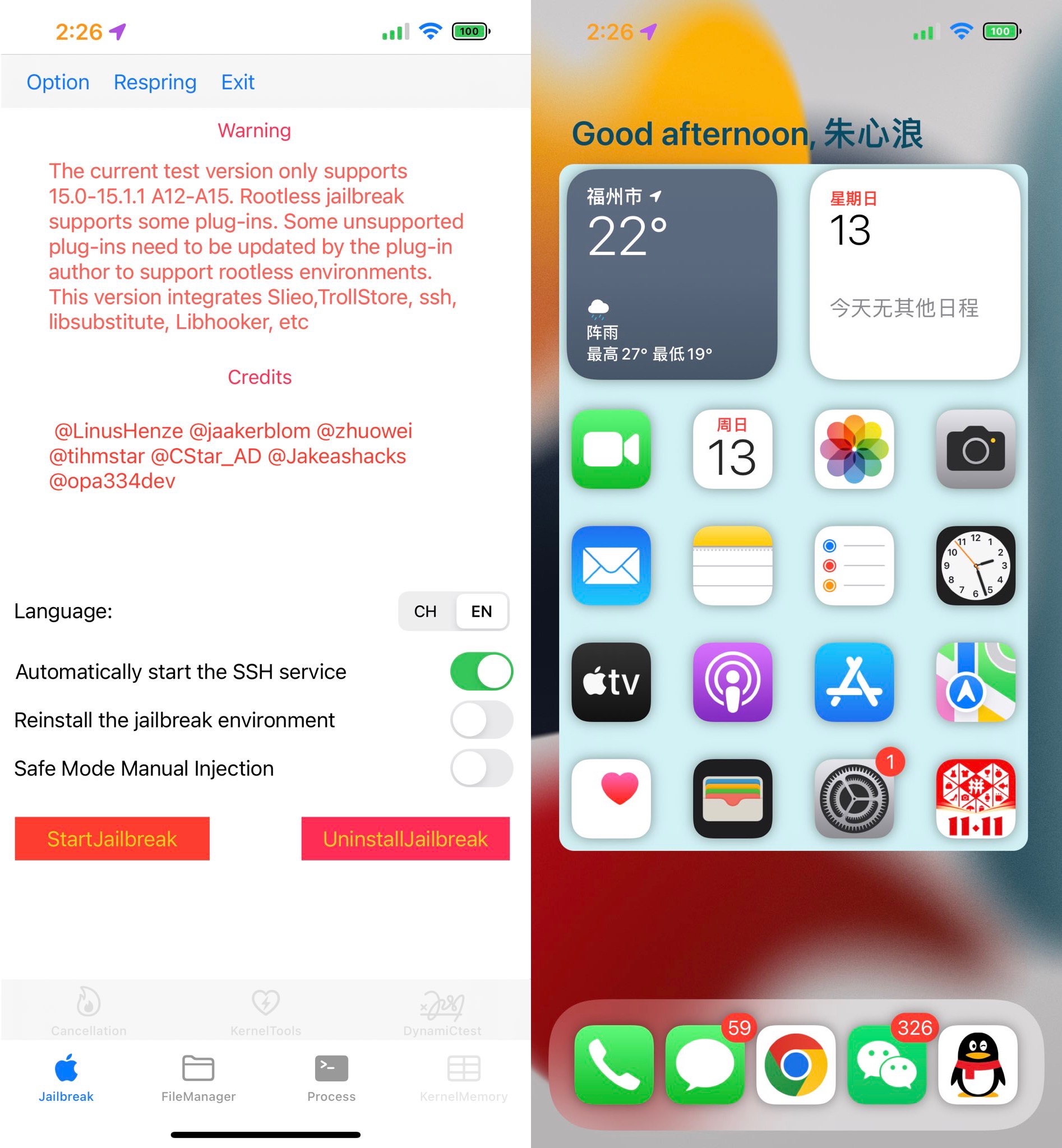 Looking back on previous Tweets shared by @xina520, it seems as if the developer has been tinkering with iOS & iPadOS 15.0-15.1.1 in an effort to develop a jailbreak that supports non-checkm8 devices – namely those newer than the iPhone X and with the A12 or newer chip inside of them. The latest development appears to be one of significant progress.

As you might recall, the Odyssey Team led by jailbreak developer CoolStar hasn’t yet released their rootless Cheyote jailbreak for iOS & iPadOS 15.0-15.1.1 because jailbreak tweaks don’t work. This is because none of the frameworks that allow jailbreak tweaks to run have been updated for these firmware versions or the rootless dynamic.

Clearly, tweak injection is one of the most significant roadblocks affecting the state of any iOS or iPadOS 15 jailbreak today, so what we’re seeing by @xina520 looks promising. Since the jailbreak and the tweak injection that goes with it supports newer, non-checkm8 devices, it would be the first of its kind.

Obviously, the tweak injection is early in its development, so while it’s a thing, it hasn’t been released for the general public to take advantage of. Instead, it’s only being made available to developers for internal testing. Some problems have already been identified that need to be addressed before a much larger test group can be authorized.

Whether or not @xina520 will eventually release their iOS & iPadOS 15.0-15.1.1 jailbreak with tweak injection on A12-A15-equipped handsets or not remains to be seen, but given the standstill the community has felt like it’s been stuck in lately, we’ll take any movement forward as a win.

Are you excited to see what becomes of this working tweak injection for iOS & iPadOS 15? Let us know in the comments section down below.