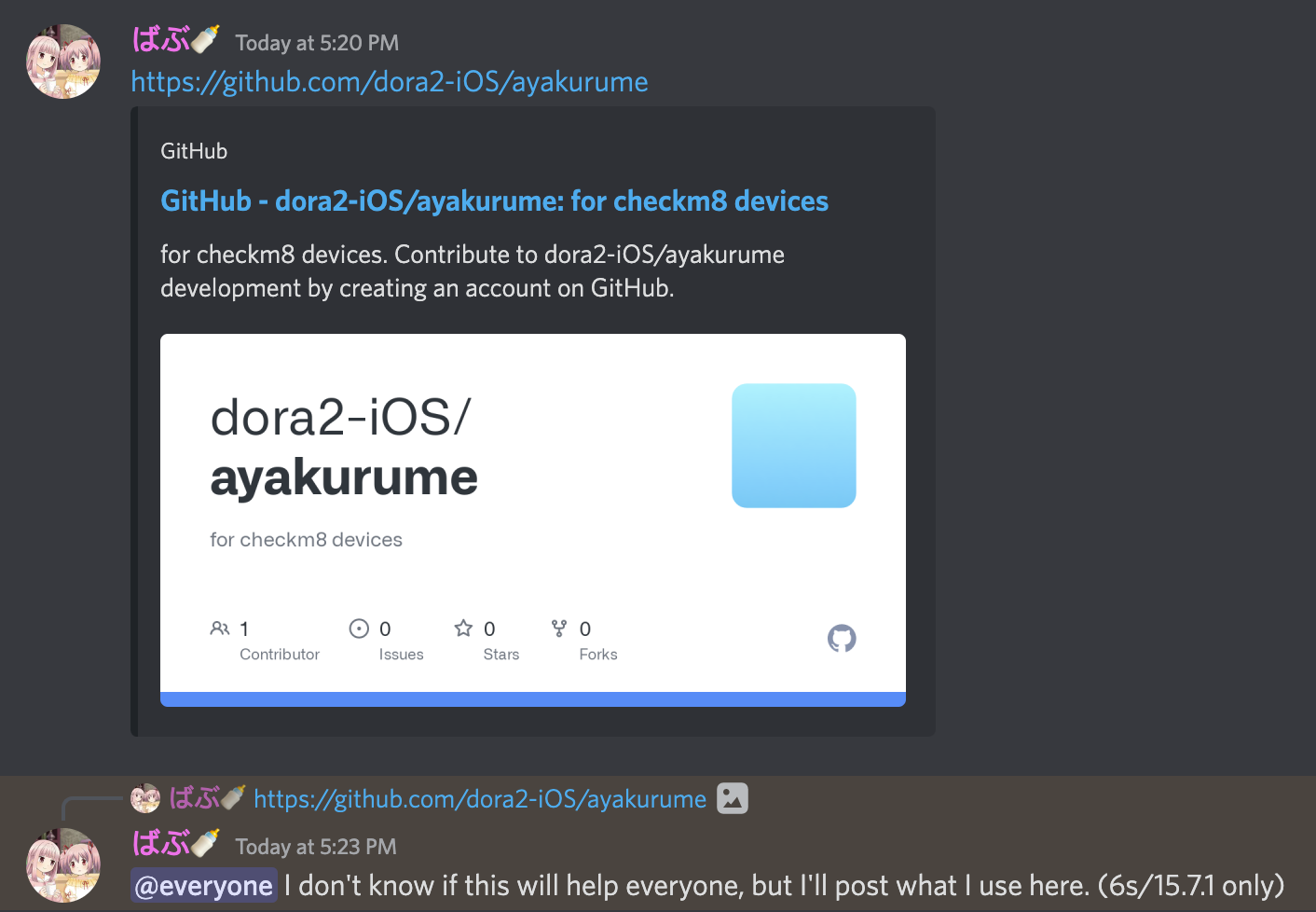 According to the project’s GitHub page (Translated to English using Google Translate), ayakurume currently only supports the iPhone 6s (specifically model iPhone 8,1/N71AP) running iOS 15.7.1, but since the project is a work in progress, we can only speculate that there could be plans to support other checkm8-compatible devices and firmware combinations in the future.

The GitHub page notes that the jailbreak utilizes the Procursus bootstrap with the Sileo package manager and that it requires the device to have 32GB of internal storage or more, and that 5G of free space is required since the jailbreak duplicates rootFS.

The duplicated rootFS, which has been referred to as fakefs by the developer, permits read and write access.

The ayakuruke jailbreak tool joins palera1n to become the second publicly available checkm8-based jailbreak tool for iOS 15, but it’s worth noting that palera1n supports more device and firmware combinations and that it even supports tweak injection on iOS 15.3.5 and below.

Interestingly, the ayakurume GitHub page also cites tweak injection support, although with support on a much newer firmware.

Since ayakurume is designed for developers to tinker with, it’s not recommended that the average user install it. Instead, those waiting for an iOS & iPadOS 15 jailbreak to go public should continue waiting on the lowest possible firmware and take comfort in the fact that the continuous string of developer-centric iOS & iPadOS 15 jailbreak releases could be bringing us one step closer to a full-fledged jailbreak for all users.

Are you excited to see yet another jailbreak developer tinkering with an iOS 15 jailbreak? Be sure to let us know in the comments section down below.