Apple on Thursday released iOS & iPadOS 15.7.1 with bug fixes and security improvements targeting iPhones and iPads that haven’t yet been upgraded to the new iOS & iPadOS 16 mobile operating system launched this Fall. 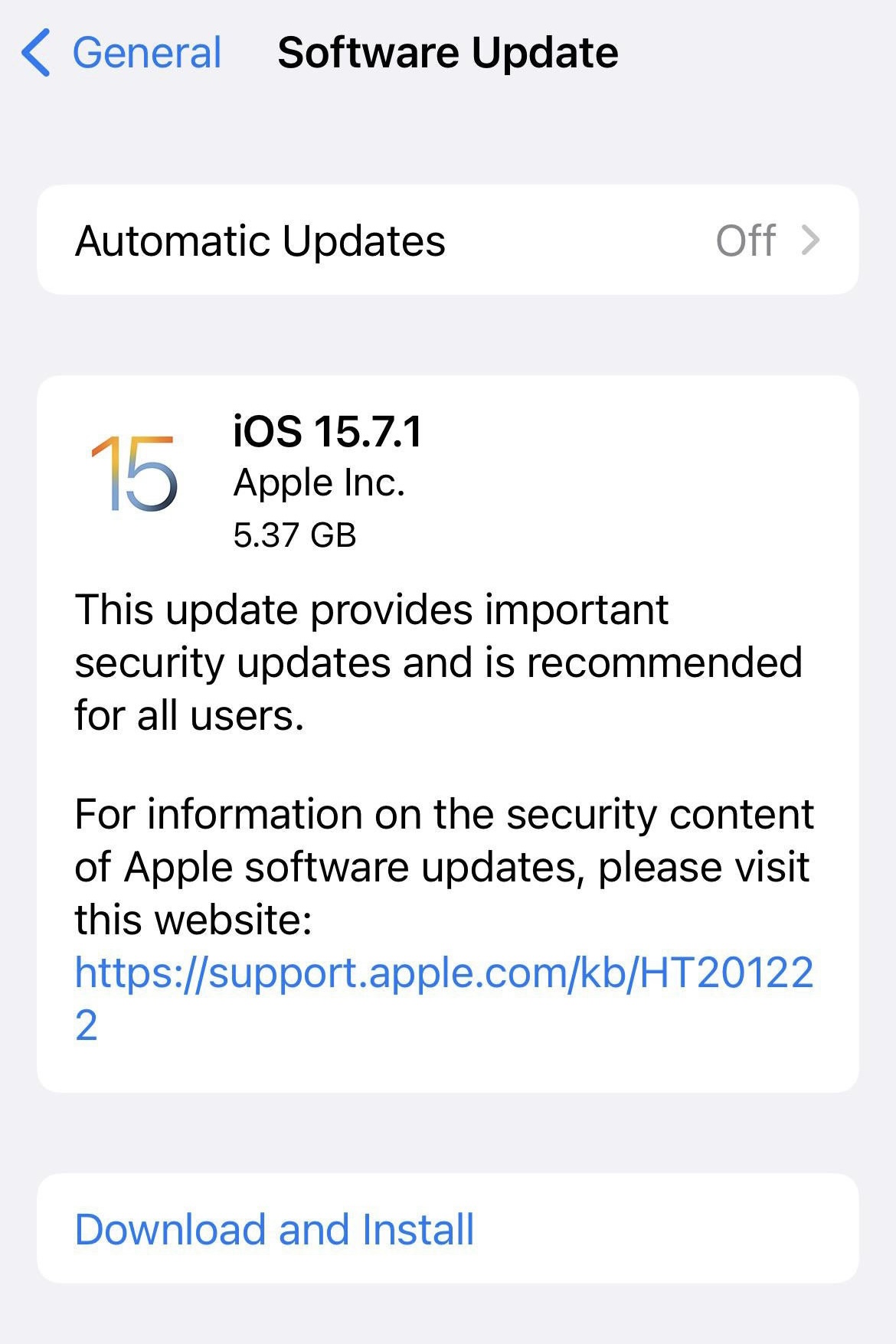 The change log for iOS & iPadOS 15.7.1 isn’t particularly detailed, simply laying out the standard, “This update provides important security updates and is recommended for all users” spiel.

For what it’s worth, Apple released iOS & iPadOS 16.1 on Monday, which included a bevy of security patches including a fix for a zero day attack that may have been actively exploited in the wild. iOS & iPadOS 15.7.1 undoubtedly address this same security issue for those who aren’t upgrading to iOS or iPadOS 16 for any reason. All security fixes in today’s update are published on Apple’s relevant security content web page.

It’s worth adding that some devices are stuck on iOS 15 indefinitely, much like the iPhone 6s & 6s Plus and iPhone 7 & 7 Plus, as they’re incapable of being upgraded to the newer iOS 16 mobile operating system. With that in mind, iOS 15.7.1 is now the latest firmware that those devices can now run.

If you’d like to upgrade to iOS or iPadOS 15.7.1, then there are two ways you can do it: 1) OTA (over the air) by visiting Settings → General → Software Update; or 2) via Finder on macOS or iTunes on Windows by checking for updates while the device in question is connected via a USB to Lightning cable.

All versions of iOS or iPadOS for your iPhone or iPad, including the latest 15.7.1 release, are available from our Downloads page.

Have you updated to iOS or iPadOS 15.7.1? Let us know in the comments section down below.