There are two ways to watch all 2022 FIFA World Cup games. In the US, you will be able to watch the World Cup on your TV through your cable subscription. If you don’t have cable, you will also be able to stream games from a few streaming services. 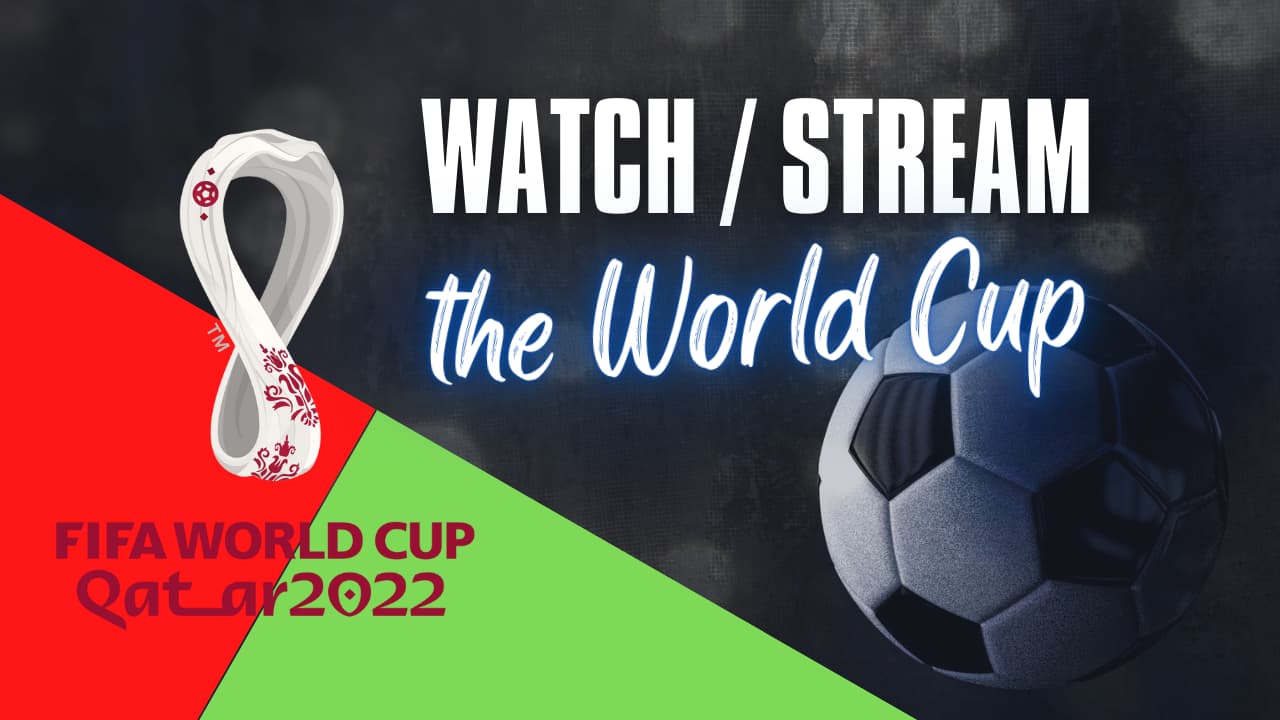 In the US, FOX has secured the rights to the World Cup, and the entirety of the games will be broadcast on FOX or FS1 (FOX Sports 1).

Games will also be broadcast on the Spanish language channels Telemundo or Universo. From experience, commentaries of games can be pretty dull in the US, for that reason, and assuming you know a little bit of Spanish, it can be much more entertaining to watch the games in Spanish.

These are channels you can find as part of most cable packages, but you can also find them on popular cable streaming services, as explained below.

If you have cut the cord and don’t have an active cable subscription, you still have plenty of options to stream the 2022 FIFA World Cup.

In the US, you will be able to live-stream all of the World Cup games on live TV streaming services such as fuboTV, YouTube TV, DirecTV Stream, SlingTV, Vidgo, and Peacock (in Spanish only). You can stream the games from any device that can run these apps, or any streaming apps carrying the FOX and FS1 channels.

It goes without saying that you will also be able to stream the games in the FOX and FOX Sports apps, but these would likely require an active cable subscription.

The best way to keep track of games and fixtures is to add the World Cup schedule to your calendar. This way, you will know what time each game will be played in your current time zone. This is by far the best way to make sure you never miss a game.

Will ESPN and ESPN+ stream the FIFA World Cup?

No. ESPN doesn’t hold the rights to the 2022 World Cup in Qatar. These right belong to FOX and FOX Sports.

Will Paramount+ have the World Cup?

Will HULU stream the World Cup?

If you have a subscription to HULU + Live TV, you will be able to watch World Cup games on the FOX channels.

Yes, you can follow the competition on the FOX channels which should be part of your YouTube TV membership.

How can I watch the World Cup without cable?

You don’t need cable to watch the FIFA World Cup, however, you will have to subscribe to one of the streaming apps mentioned above.

Can I watch the World Cup for free?

You will either need an active cable subscription, or subscribe to one of the streaming services mentioned above. The best way to watch the World Cup for free is to move into your neighbor’s house for a month.