Paying the lowest price for Netflix means enduring five minutes of 15-30 second ads every hour and watching shows in a lower resolution with no offline downloads. 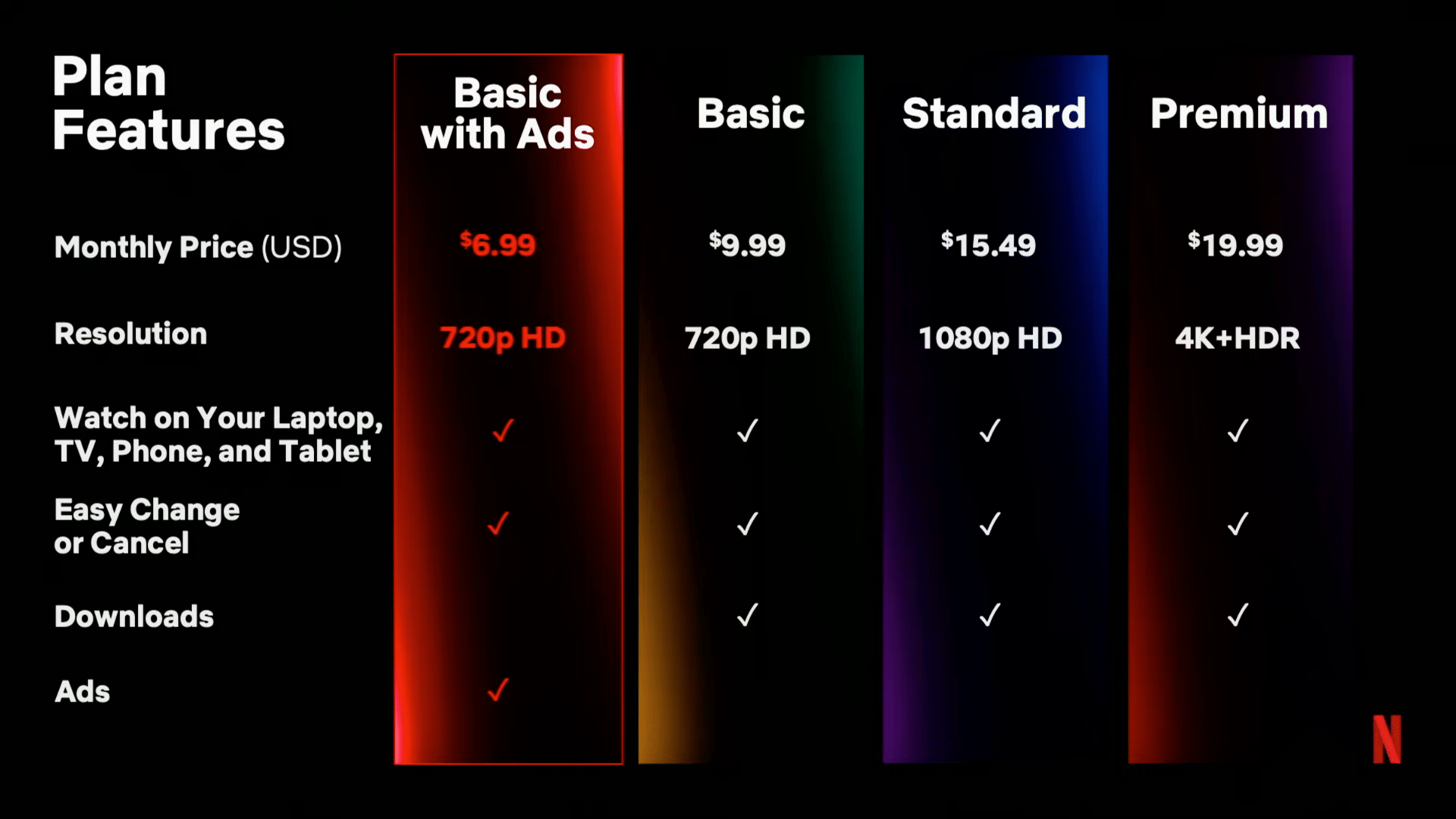 An ad-supported Netflix plan is launching in November

The Netflix blog announced that the new ad-driven plan is coming in November, priced at seven bucks per month in the United States. Initially available in just twelve countries, the plan is scheduled to go livon e November 3 at 9am PT / 1pm ET.

Ads will be 15 or 30 seconds in length. They won’t be shown on Kids profiles.

The current Basic plan starts at $10/month, which buys you the ability to watch shows in HD resolution on one device. The upcoming plan, dubbed “Basic with ads,” will become the company’s lowest-price option yet.

The restrictions of Netflix Basic with ads

In exchange for $7/month, Netflix will allow you to watch ad-supported shows ie 720p resolution on one supported phone, tablet, computer or TV set at a time. Ads will be shown before or during most TV shows and movies. Netflix won’t let you skip ads and there will be an average of four to five minutes of ads per hour. Read: How to sign out of all Netflix devices at once

Netflix has also said that downloading shows to watch offline won’t be supported. Some movies and shows won’t be available for subscribers on this plan due to licensing restrictions, but Netflix is working on this.

Netflix games are available in this plan without any ads.

Where and when will Netflix launch this plan?

The Basic with ads plan will be available in these countries:

Netflix expects to bring this plan to more countries over time.

New users can sign up for the Basic with ads plan and existing users can switch to it in their Netflix profile on the web. “We’re confident that with Netflix starting at $6.99 a month, we now have a price and plan for every fan,” says Netflix.

For more information about the Basic with ads plan, read Netflix’s support document.