When you hide a photo or video on your iPhone, it’s removed from the Recents album and moved to a new Hidden section. Similarly, when you delete a picture or video, it’s moved to the Recently Deleted folder, where it stays for 30 days before being permanently deleted. 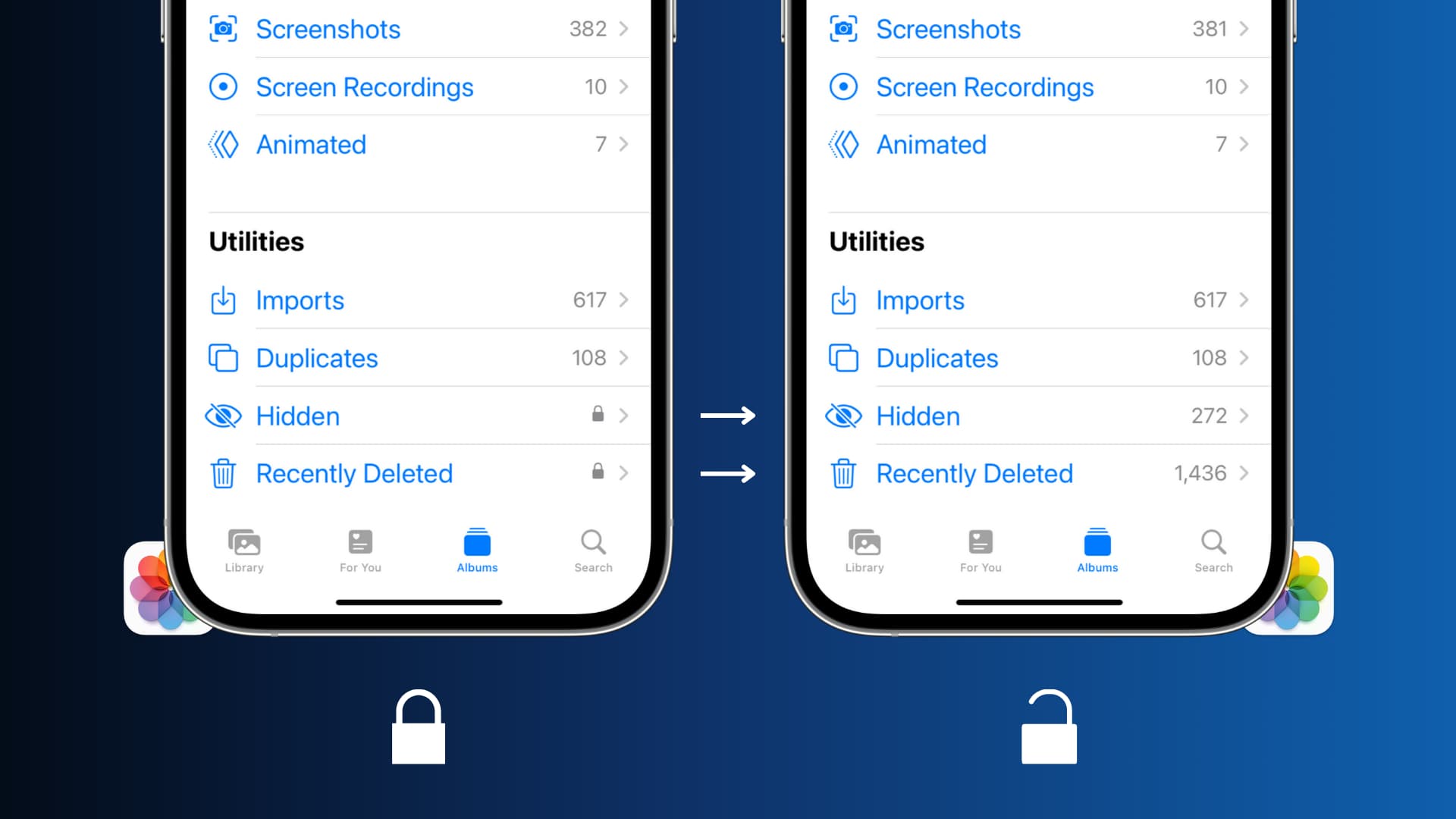 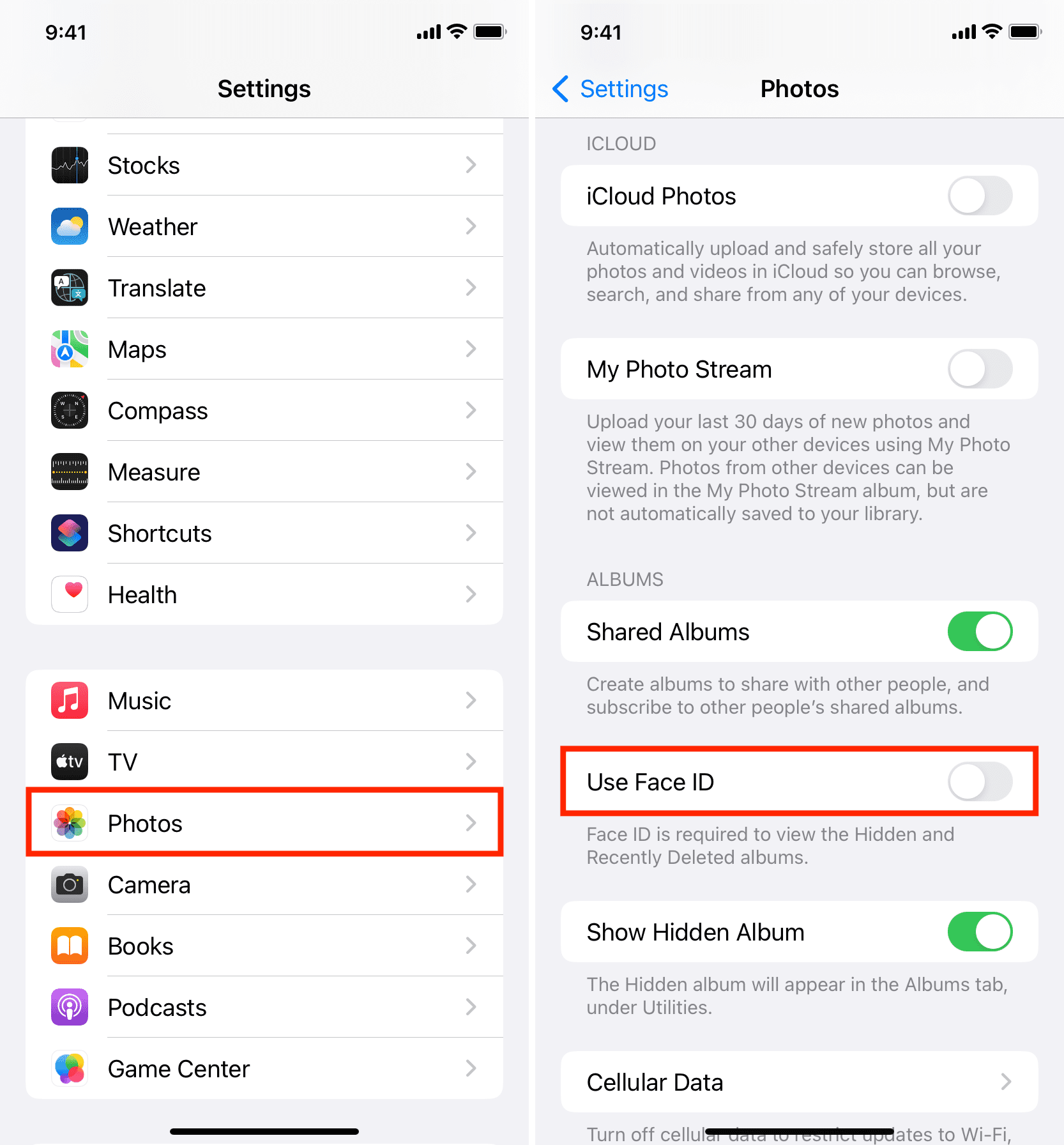 Doing so will instantly and permanently unlock your Hidden and Recently Deleted albums inside the Photos app.

Every day while working on iDB posts, I take several dozen screenshots, and to keep my Photos app clean, I delete them immediately after using them (from inside a third-party photo editing app). But at times, I have to rework on those screenshots and thus recover them from the Recently Deleted album. Lifting my iPhone from the desk to authenticate via Face ID to get back the deleted photos was an extra time-consuming step. So, I have chosen to turn off the lock inside my Photos app.

Please note that I have this liberty because I work from home, and my iPhone is always on my work desk, which no one else touches. But if you often hand over your unlocked phone to others around you, it’s better to keep the Hidden and Recently Deleted albums locked. If you wish to go back to putting these sections behind Face ID, follow the same steps mentioned above and re-enable Use Face ID.

I would have loved it if Apple provided separate controls for locking and unlocking Hidden and Recently Deleted albums. That way, I could keep my Hidden album locked and Recently Deleted unlocked. Until that happens, I have chosen to unlock both these sections but prevent the Hidden section from appearing in the Photos app.