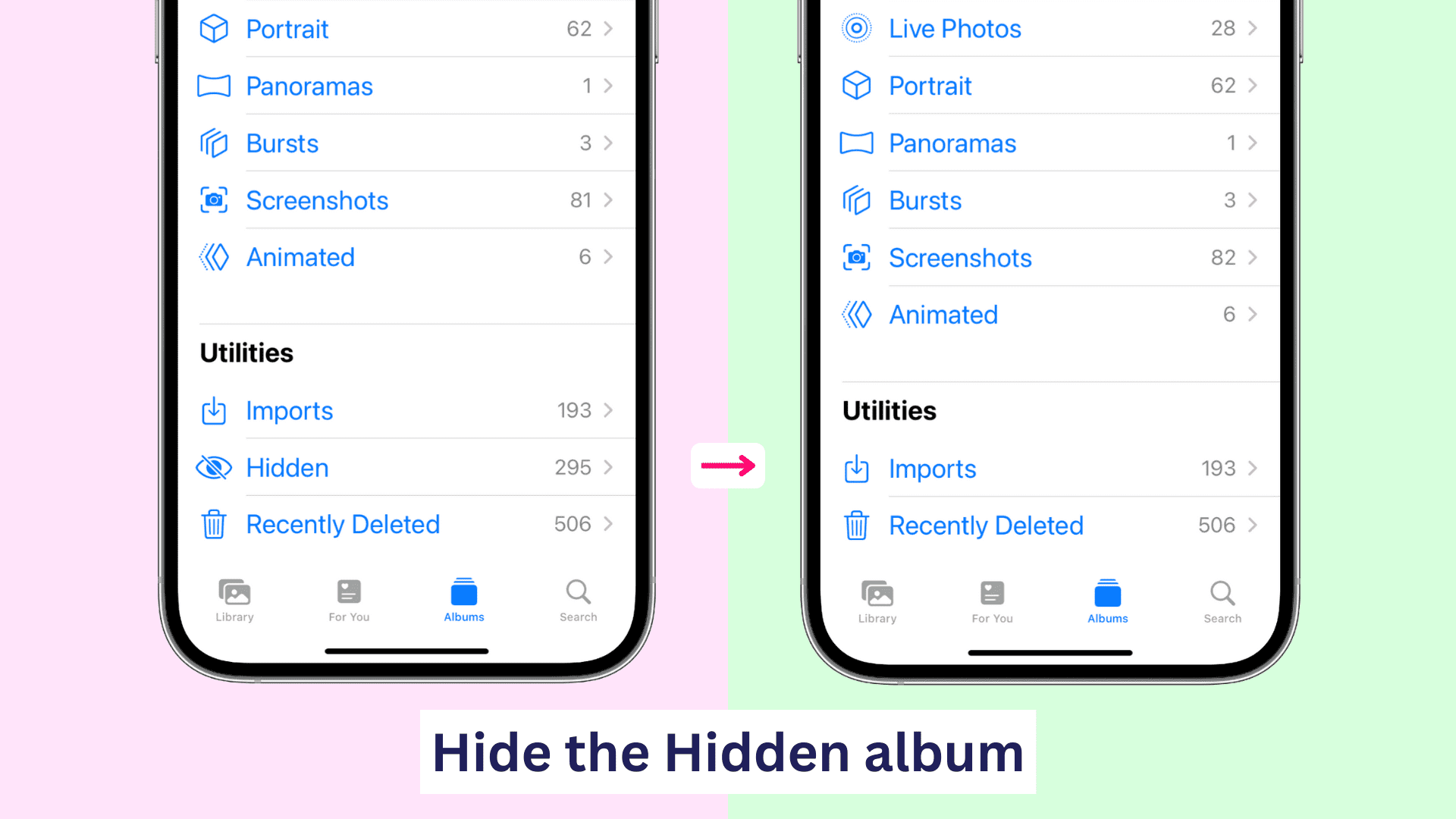 Hiding a photo or video removes it temporarily from the Photos tabs. As a result, you only see it in the special Hidden album under the Albums tab. But if anyone using your device knows where to look, they could easily go to the Albums tab and find your Hidden album listed there underneath the heading Other Albums.

But with iOS 14 and later, the iPhone and iPad Photos app lets you hide the Hidden album itself. This makes it temporarily vanish from the Albums tab and the Utilities section in the new Photos sidebar on iPad. The only place the Hidden album ever shows up is the redesigned image picker available in third-party apps that use it. Plus, the latest versions of iOS also lock the Hidden and Recently Deleted sections by default.

How to hide the Hidden album in Photos 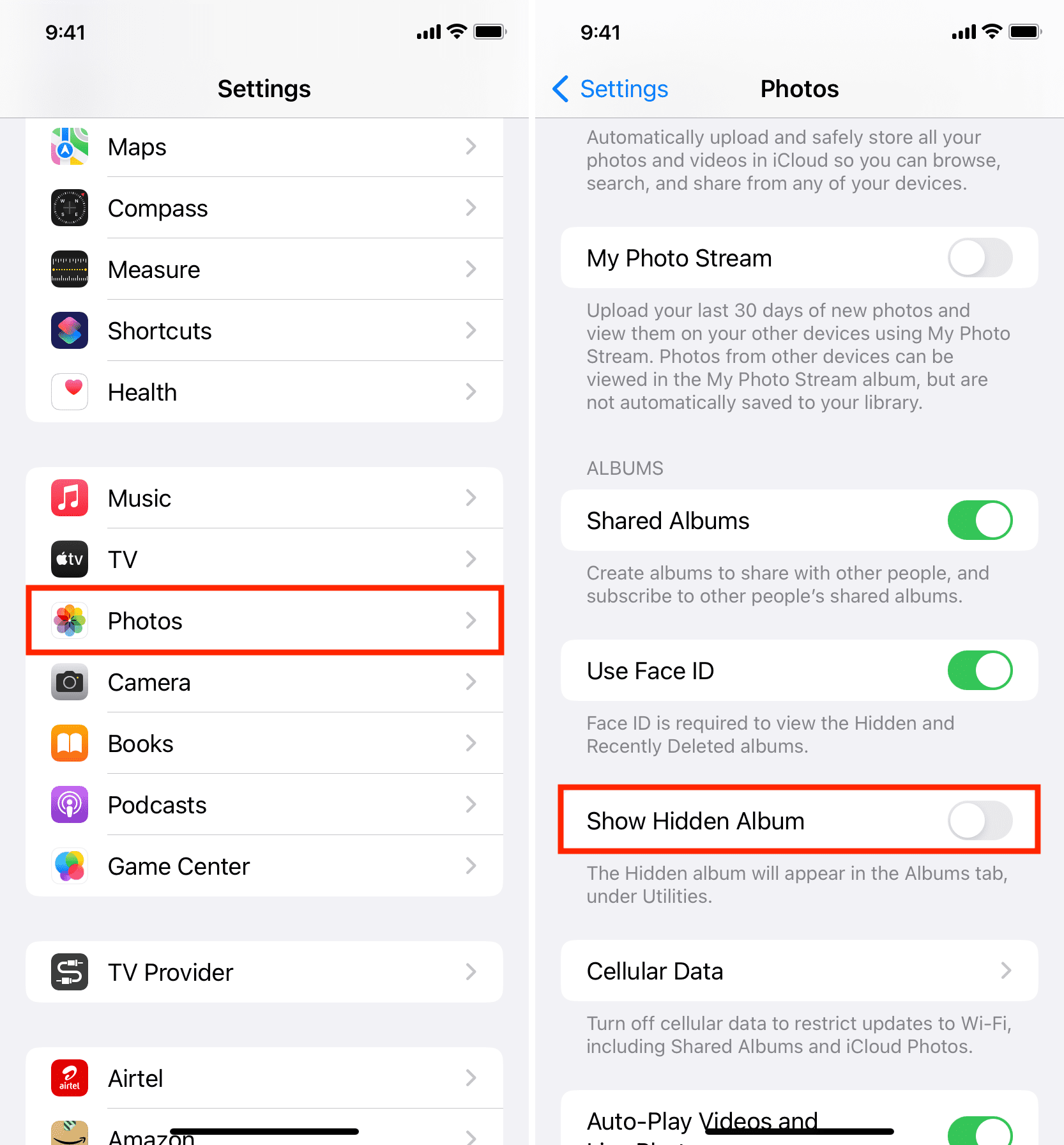 Now you can hand your iPhone to a friend without biting your nails as they start browsing your Photos albums. Don’t worry, your friend won’t be able to find your Hidden album at all. To make it reappear, you’ll need to turn on the Show Hidden Album switch in your Photos settings.

By default, the Hidden album is visible from within the Photos app.