EE (formerly Everything Everywhere) has become the first wireless carrier to offer the Apple One bundle as a free perk to those who’d subscribe to its service.

EE bundles Apple One with its Full Works for iPhone plan

According to the announcement published on August 17, 2022, on the EE Newsroom, the carrier’s existing plan, dubbed Full Works for iPhone, is getting upgraded with the £14.95/month Apple One bundle offered as a free perk.

The new offering is scheduled to go live on Wednesday, August 31, 2022.

More carriers could bundle Apple One

At the time of writing, EE was the only mobile phone operator in the United Kingdom to offer this deal. Although Apple did previously permit wireless carriers to bundle Apple Music or Apple Arcade as part of their service offerings, this is the first time the Apple One bundle is offered bundled with a third-party service as an extra perk. Read: How to upgrade to Apple One from existing subscriptions and storage plans

The iPhone maker could continue leveraging Apple One this way, with similar deals coming to cellular providers in the United States and other markets. Apple amping up advertising for Apple One probably foreshadows similar deals.

What is Apple One and how much does it cost?

Apple One is Apple’s subscription services bundle which offers a collection of the company’s services at a reduced asking price. There are three different subscriptions available: individual, family and premier.

The individual subscription costs $14.95/month and includes access to Apple Arcade, Music, TV+ and iCloud+ with 50GB of storage. 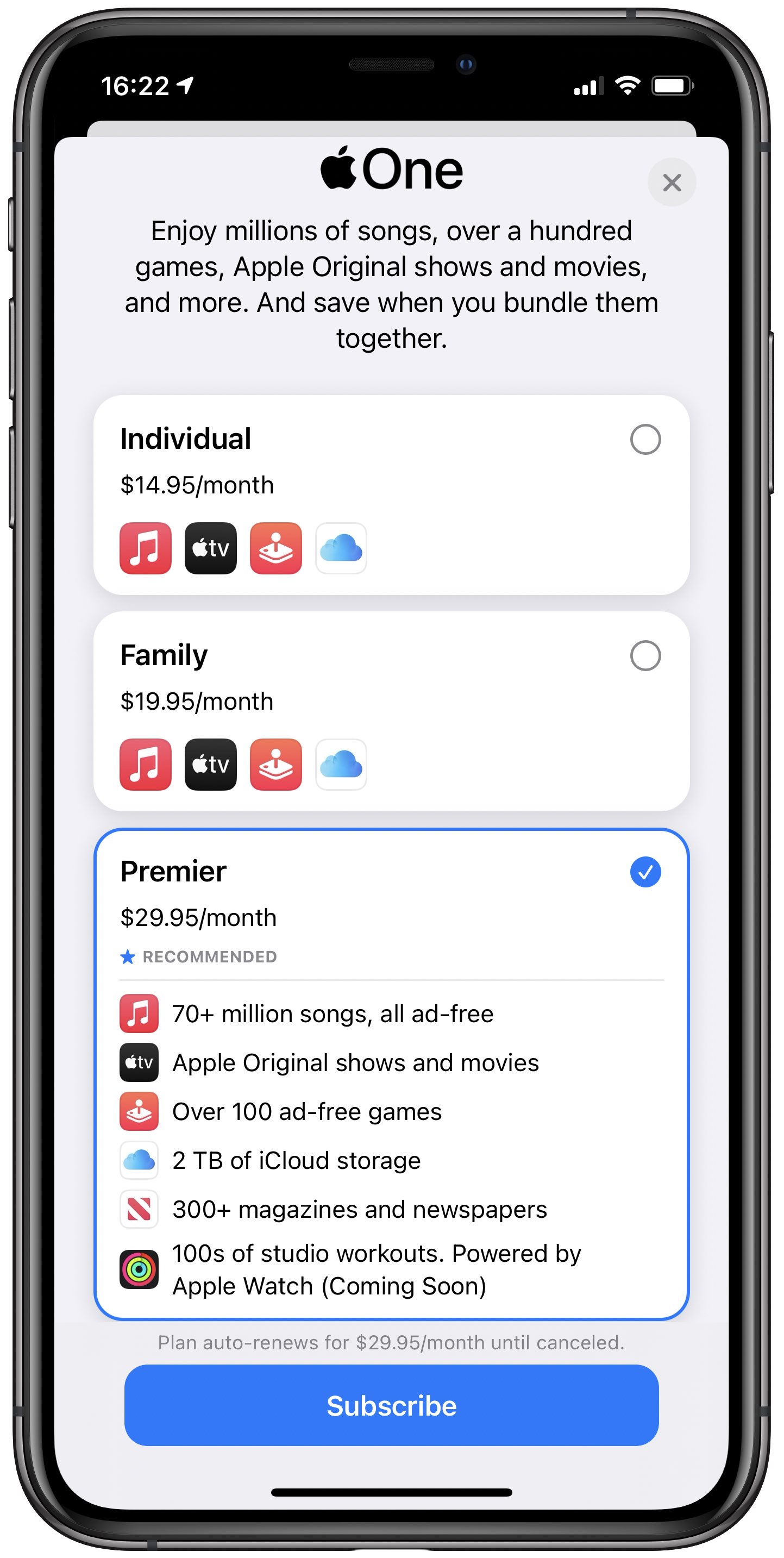 The $19.95/month family plan includes the same services as the individual offering but with 200GB of storage and the ability to share the services and cloud storage between members of your Family Sharing circle.

And lastly, the premier plan offers access to Apple Arcade, Music, TV+, News+ and Fitness+, as well as iCloud+ with 2TB of storage, in exchange for $29.95/month.

To sign up for Apple One, open Settings on your device and choose “Subscriptions” from the root list, then select “Apple One” and choose between the available tiers.

Those who already subscribe to one or more Apple services shouldn’t cancel those subscriptions, Apple will do this automatically after you are billed for Apple One.