You may recall earlier this week when we showed you a modified version of the unc0ver jailbreak app provided by iOS developer ichitaso with integrated permanent signing capabilities made possible by a new PoC by security researcher Zhuowei Zhang. 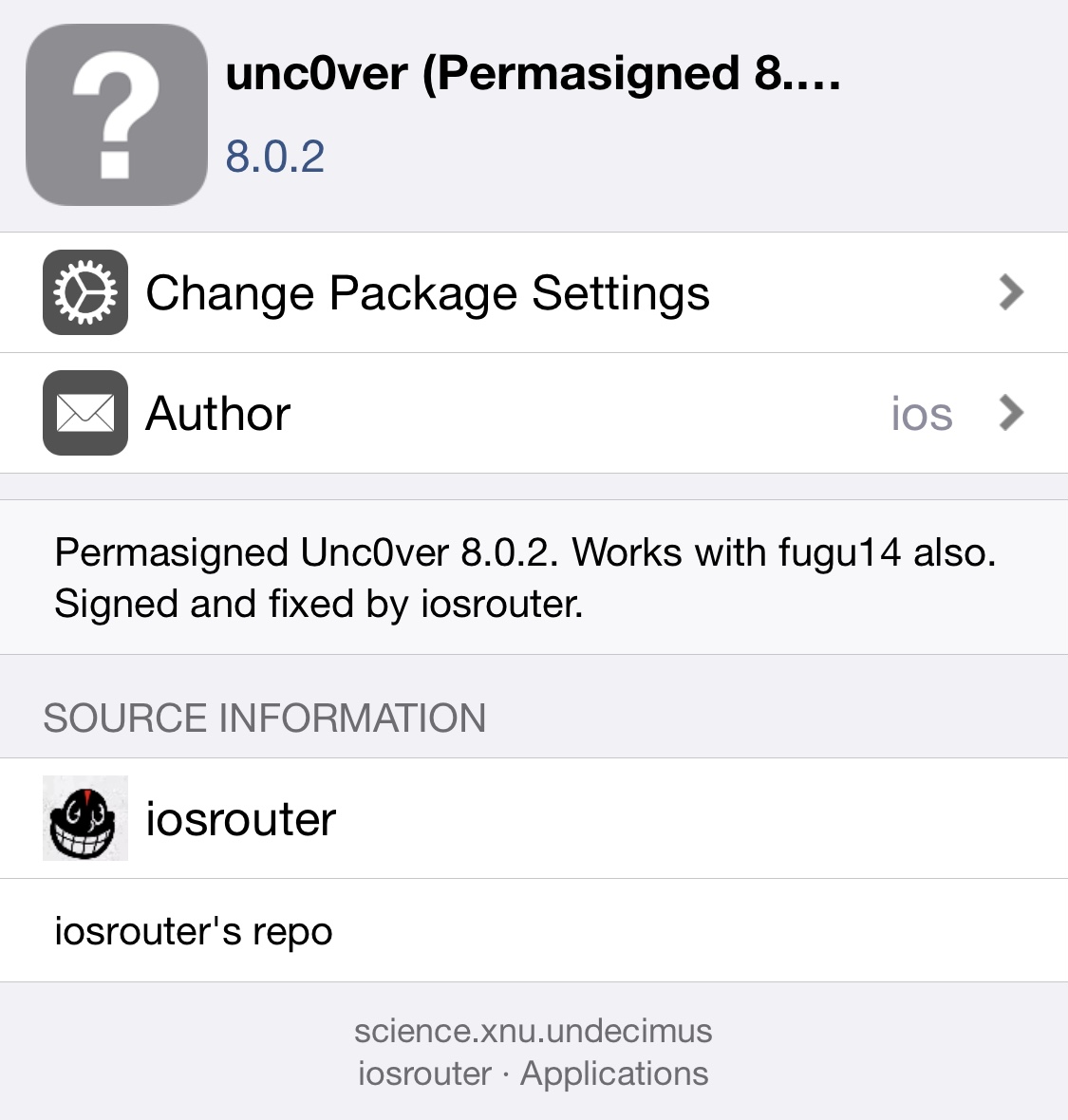 The permanent signing means that after being sideloaded and used, the user can then reboot their device as often as they want and re-run the jailbreak indefinitely without ever having to re-sign the jailbreak app with AltStore or another signing method ever again. Talk about convenient…

The idea behind Ichitaso’s release was to bring the unc0ver jailbreak tool up to speed with the competing Taurine jailbreak for iOS & iPadOS 14.0-14.3, which had been taking advantage of the PoC nearly since it was first released. However, one downside to Ichitaso’s modified unc0ver app was that it utilized an outdated release — version 6.2.0 to be exact.

Today, iOS developer iosrouter came forward with a different modified version of the current unc0ver jailbreak app — that is version 8.0.2 — with support for permanent signing capabilities using the same technique.

Citing the /r/jailbreak release post, iosrouter’s modified unc0ver jailbreak app should work on all devices and firmware versions currently supported by unc0ver v8.0.2, which compares to Ichitaso’s release that only supported devices running iOS or iPadOS 14.0-14.3.

The release post also notes that this build may fix an issue with the unc0ver app not appearing on the Home Screen and with getting stuck at steps 18-20 of the jailbreaking process.

The modified unc0ver v8.0.2 app by iosrouter with permanent signing capabilities is available from iosrouter’s personal repository via whichever package manager app you prefer. The URL for that repository is as follows:

Please note that this post is neither an endorsement nor a recommendation for using a third party jailbreak tool build. You use this app at your own risk since it’s not provided by the unc0ver team, which means you would not receive any support from the unc0ver team should something go wrong.

It remains to be seen if the unc0ver team will be implementing or providing its own first-party means of keeping the unc0ver jailbreak app signed indefinitely with Zhuowei Zhang’s PoC, as it seems to be a better option than Fugu14 for perma-signing due to its support for all devices and all iOS & iPadOS 14 versions. The one perk to Fugu14 is that it brings support for newer firmware.

Do you plan to use iosrouter’s perms-signed unc0ver build? Let us know in the comments section down below.