Everyone can agree that having fast on-demand access to your favorite apps is nothing short of convenient, so it’s rather interesting to see that Apple hasn’t yet added an app launcher or something like it to the iOS platform — not even in the announcement for iOS 16 this week.

Fortunately for anyone with a jailbroken handset, iOS developer Sugiuta isn’t leaving anyone behind. A new and free jailbreak tweak release dubbed CircleApps introduces a highly configurable app launcher that you can invoke from anywhere with a gesture of your choice.

As you’ll see for yourself in the screenshot example above,  CircleApps is appropriately named thanks to the tweak’s circle-esque appearance. Once invoked, a slick, but brief animation displays the CircleApps launcher coming into view and then giving you access to your configured apps.

We stated earlier that CircleApps is configurable, and that definitely the case. The tweak adds a preference pane to the Settings app where users can configure the tweak’s options to their liking: 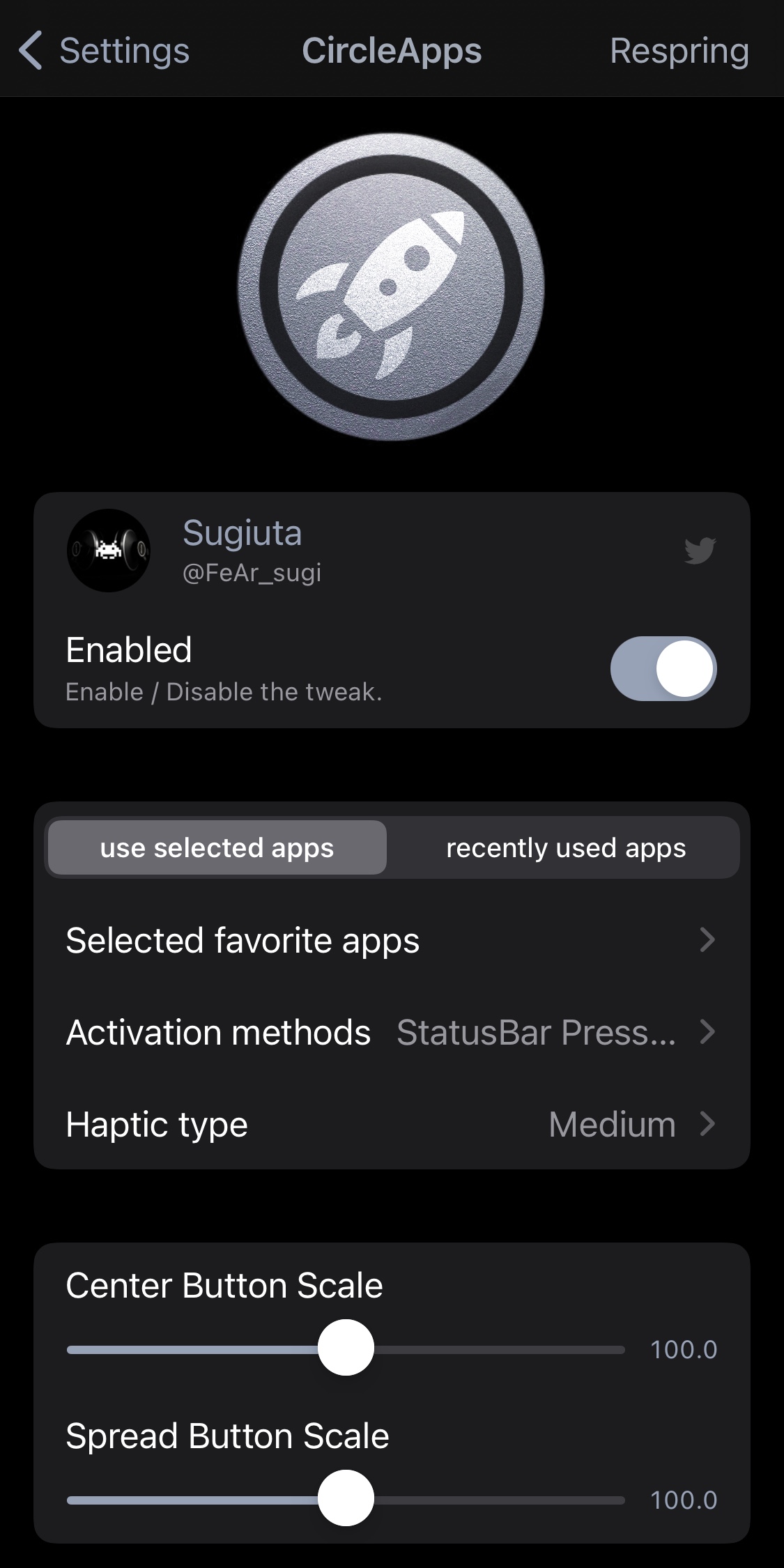 As for what you can configure for activation methods and haptic feedback, we’ll show you below:

While haptic feedback type options include:

Those interested in having easier access to certain apps on their device would do good to give CircleApps a try. The tweak is available with a seven-day free trial from Sugiuta’s personal repository via any package manager app. The full paid version is available for $1.49 from the Havoc repository. The tweak supports jailbroken iOS 13 and 14 devices.

Those not already taking advantage of Sugiuta’s personal repository can add it to their package manager app of choice via the URL that we’ve provided below:

What are your thoughts about a circular app launcher like the one provided by CircleApps? Let us know your thoughts in the comments section down below.