The MacBook Air is getting a new entry to its lineup. It’s one of the most popular laptops out there in the market, and easily one of the strongest products for Apple’s laptop segment. Today, we get a redesigned MacBook Air with the new M2 processor under the hood. 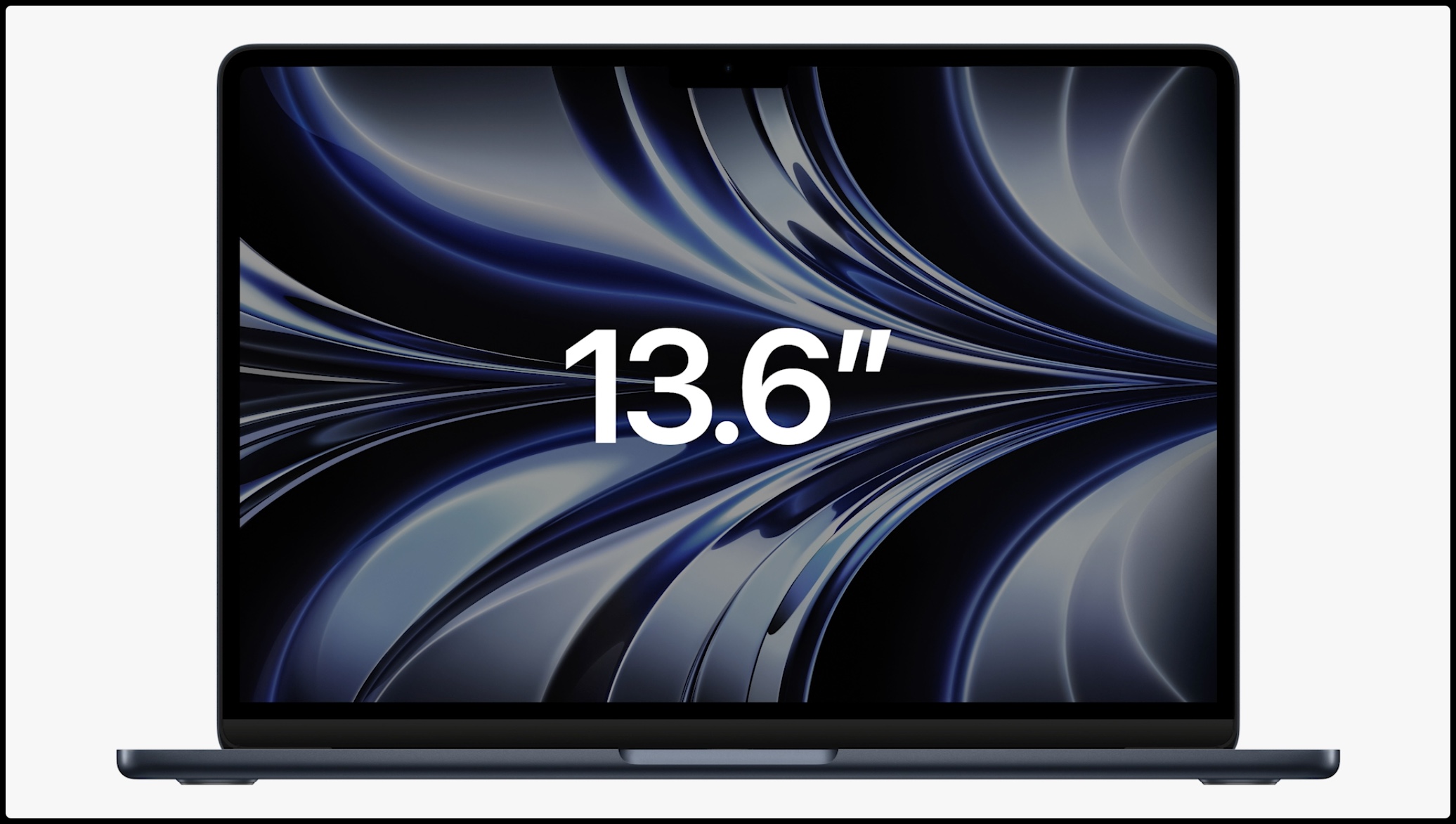 The new MacBook Air introduces a brand new color to the lineup: Midnight. And it also features a new hardware design, reducing the bezels around the display just as we’ve seen in the high-end MacBook Pro late last year. The wedge-shaped design is gone. Now, the new MacBook Air is all aluminum, remarkably thin, and it’s 20% reduction in volume compared to the previous Air. It is under half-an-inch and 2.7 pounds. Silver, Space Gray, Starlight, and Midnight.

MagSafe is back, too. There are also a pair of Thunderbolt/USB-C ports and a dedicated 3.5mm headphone jack. New features include a Liquid Retina display, and yes, there is a notch. It’s a larger 13.6-inch display, giving more screen real estate compared to the previous model. It’s 25% brighter, too, at 500 nits. It now supports 1 billion colors, too.

Up next, Apple has updated the camera, too. The new MacBook Air features a new 1080p camera, with 2x the low-light resolution and resolution compared to the previous Air.

With updates to the speakers, the new speakers and mics are integrated with the keyboard and display as needed. There is a three-mic array with beam-forming algorithms, and four speakers with stereo separation. Spatial audio is also supported for music and movies that support Dolby Atmos.

This is Apple’s first M2-equipped computer, so there are performance increases across the board. And the new MacBook Air has a fan-less design, with up to 18 hours of video playback. There are two USB-C ports, which means you can charge two devices at the same time — while using the MagSafe charger to top up the MacBook Air’s battery. The battery can be charged up to 50% in 30 minutes charging with the new charging adapter.

The new MacBook Air is the biggest redesign to the Air lineup since its debut years ago. And with the M2 processor under the hood, it should retain the lead in Apple’s computer lineup for quite some time.

$1199 starting price point for the new MacBook Air. They are available starting in July. The previous MacBook Air model will remain in the lineup and be priced at $999.

This article is being updated…