Popularized by their BookBook device cases and modern items like their picture frame wireless charger, Twelve South is known for their high quality hardware.

But, did you know they also make some incredible dual screen wallpapers, like these Star Wars inspired “Neo City” versions? The dunes of a sandy world are captured in this artist’s interpretation of Neo City, which features architectural elements reminiscent of cities found in another far away galaxy, perhaps from a long time ago. 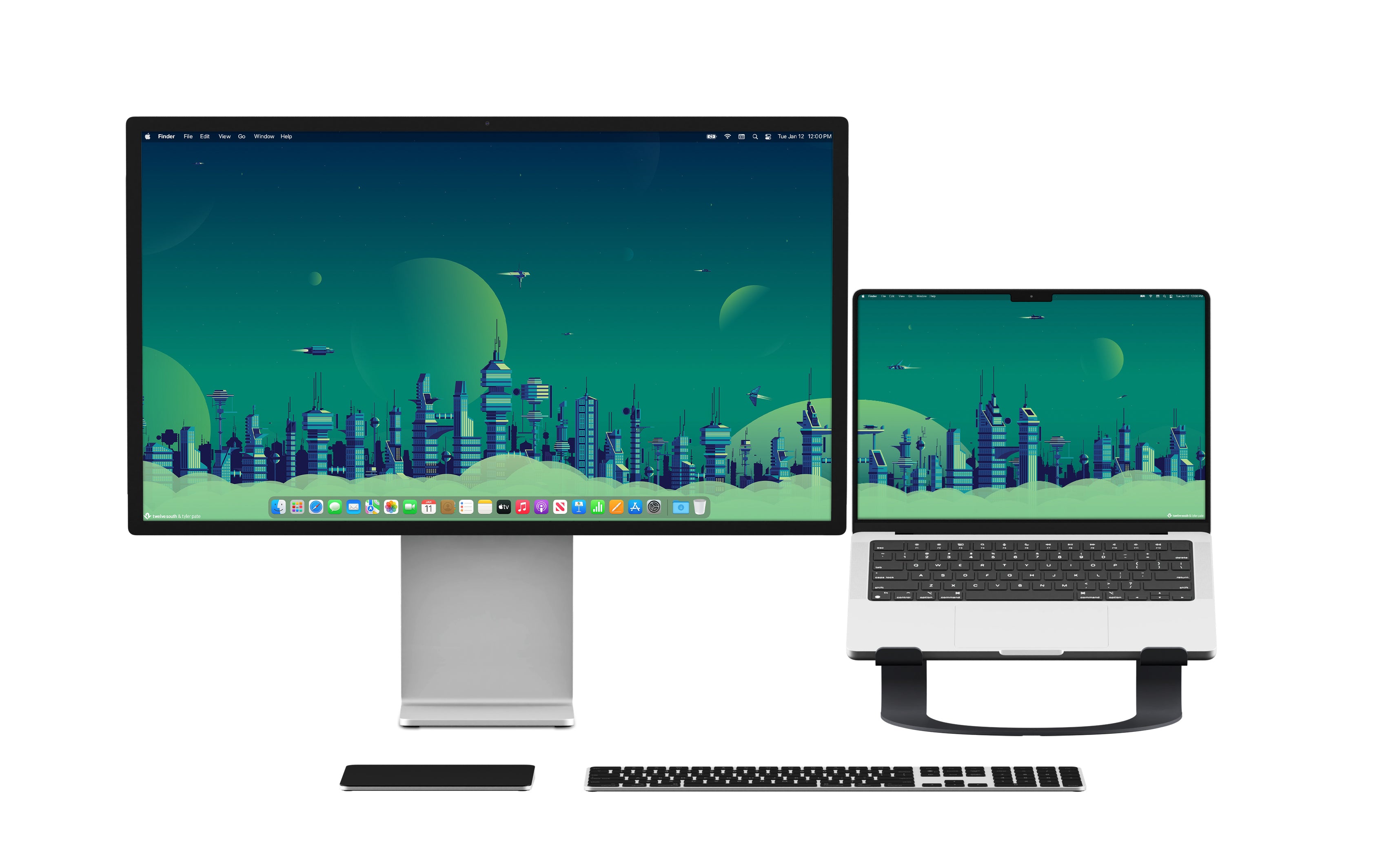 Drawing on the barren Dune Sea, moisture farming equipment, and sky lines of locations like Mos Espa, the following six wallpapers capture the feeling of planets on the Outer Rim.

Below, download 5K desktop versions of each dual screen wallpaper. Take note of the Left and Right versions, so they can be setup correctly.

If you are looking for exact wallpapers to match your specific dual screen wallpaper setup, there is a version for all current devices. On the Twelve South Neo City page, you can find left and right versions for: 13”, 14”, 16” MacBooks; 24” iMac; 27” Studio Display; 32” Pro Display XDR.

Also, there are cropped options for iPhone and iPad as well. 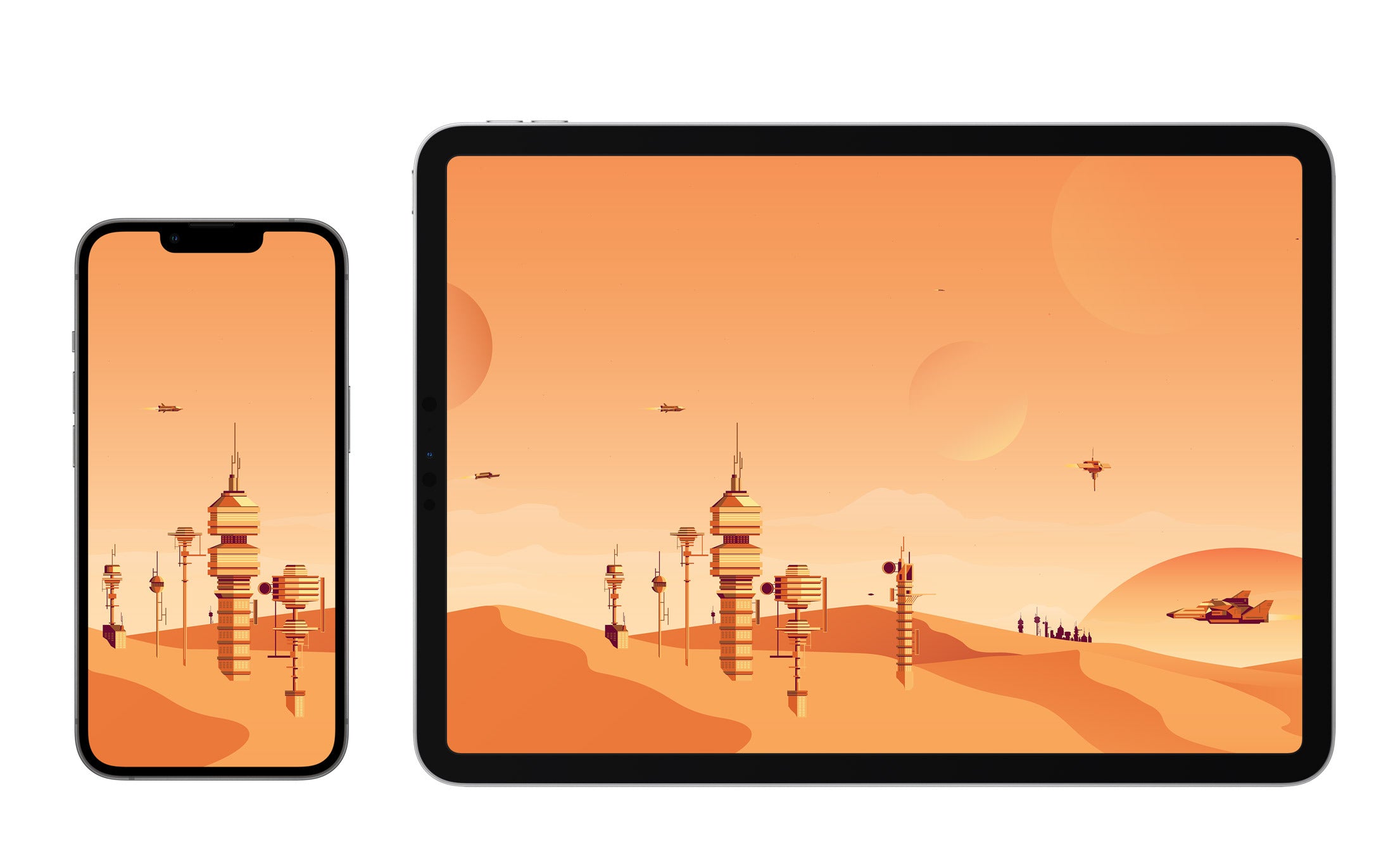 As shown in the top hero image, the best way to utilize a dual screen wallpaper is to ensure your second monitor is the same height as your primary. If you are using a MacBook as one of those two screens, adding something like their Curve stand helps lift your laptop to a better viewing height.

If you love wallpapers, then follow along with me @jim_gresham, where I curate the iDB wallpaper gallery. Catch up with me for mid-week downloads, sneak peaks of upcoming wallpaper posts, and general Apple gadget banter. 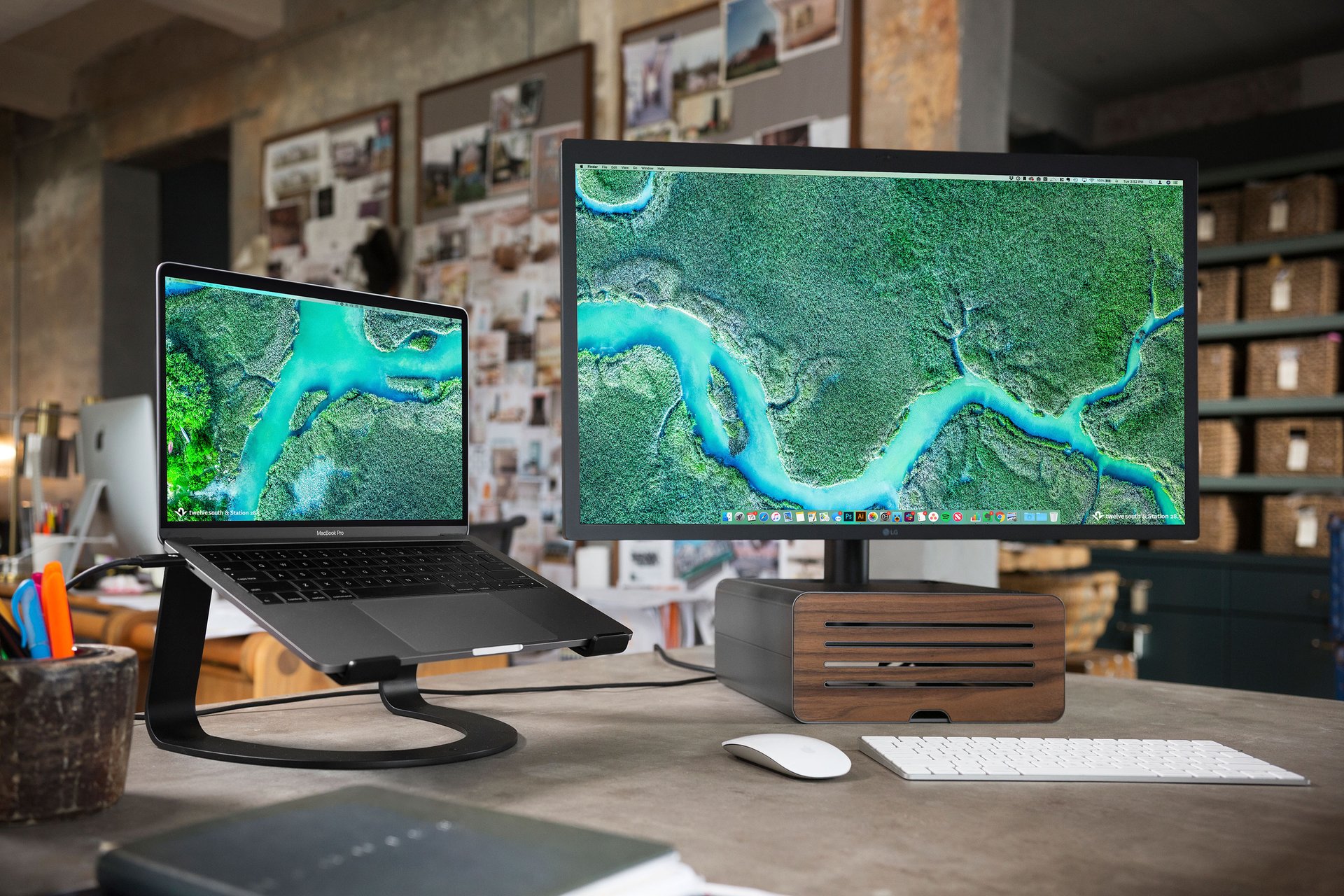 You can find even more Twelve South dual screen wallpapers within our iDB wallpaper gallery!