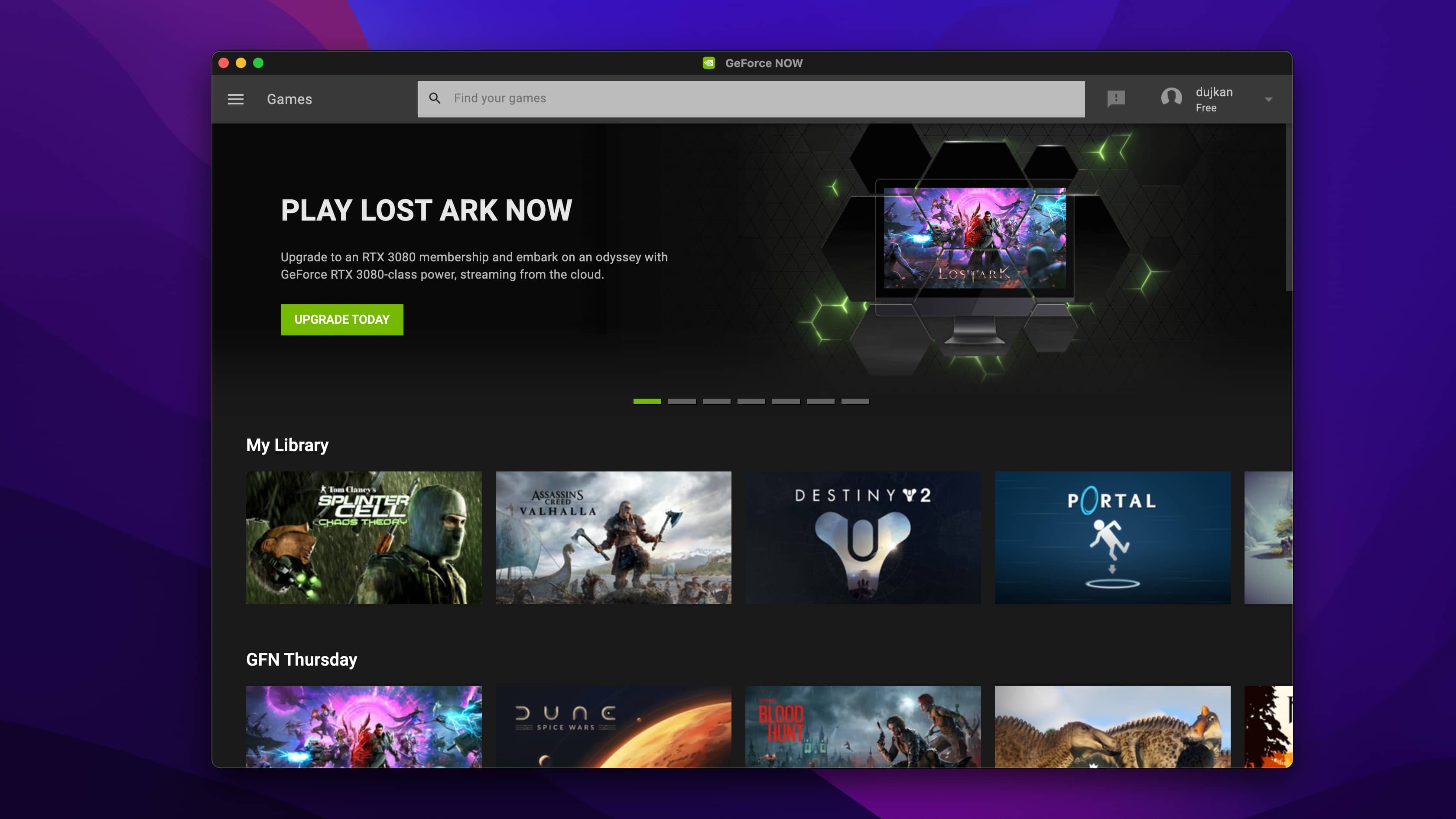 Nvidia has announced an update for its GeForce Now cloud gaming service with native support for Apple silicon Macs, including all M1 models like the 24-inch iMac and Mac Studio. The M1 chip was previously supported via slower Rosetta emulation. With GeForce Now version 2.0.40, however, the cloud gaming service now runs natively on any M1 Mac. The benefits of native vs. Rosetta include much faster performance and lower power consumption, Nvidia says, as well as faster app launch speeds. Read: How to live stream to Twitch from iPhone, iPad and Mac

The update will be released soon, according to the Nvidia blog. Those who already have the app installed can check for updates within the app, or wait until a prompt comes up offering them to install the latest update. Amazon’s Lost Ark is about to join the GeForce Now catalog so this is a timely update. Other improvements in GeForce Now 2.0.40 include a new “Genre” row at the bottom of the “Games” menu and a bunch of under-the-hood tweaks and fixes.

Nvidia launched GeForce Now on February 5, 2020, bringing a rich selection of PC games to Apple’s platforms for the first time, with support for cloud gaming through the Safari browser on iPhone and iPad. The service’s catalog now offers hundreds of quality games to stream across platforms, including titles like Fortnite, God of War, Dune: Spice Wars, Lost Ark and others—all in exchange for a small monthly fee.