The latest version of Slack for iPad touts a reworked layout and a bunch of usability improvements, with additional functionality coming later in 2022. 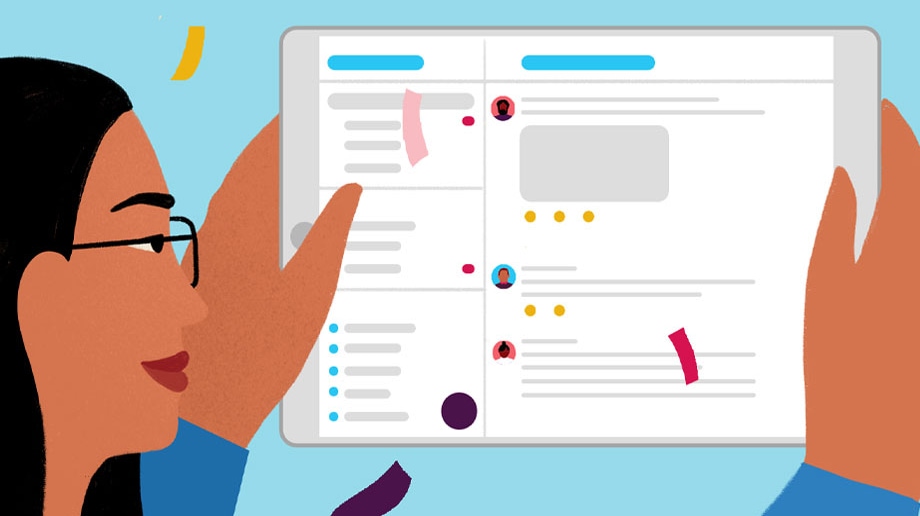 Slack brings a new look, better functionality to its iPad

New features in the iPad app, announced in Slack’s blog post, include two-column layout that mimics the layout of Slack’s desktop version, as well as accessibility enhancements and more. In terms of the new sidebar, you can now collapse sections to hide groups of channels. Read: How to use Slack even when it’s offline

Also, channel activity can now be sorted by recency so you can more quickly review the latest updates from your team. Long-tapping a channel lets you quickly access options such as muting, leaving, copying a link or marking the channel as read.

Your direct messages now include avatars instead of just user names. And as a cool bonus, the sidebar is now the same across devices because section preferences are (finally?)” synced between Slack’s mobile and desktop apps.

Akshay Bakshi, Slack’s group product manager for mobile, has praised Apple’s iPad as “a unique device” in the following statement:

Millions of people use Slack across multiple devices, and the iPad app is a popular addition to their workflow. We recognize that the iPad is a unique device that demands the power of a desktop experience with the simplicity of a mobile app.

Slack’s updated iPad app bridges this gap and allows users to stay productive, organized and connected to their digital HQ in a work-from-anywhere world.

You can download Slack for iPhone and iPad from the App Store.

Slack for desktop platforms such as Apple macOS, Microsoft Windows and Linux, must be downloaded through the official Slack website.