If you’ve been following along with us as we report on the journey to an iOS & iPadOS 15 jailbreak, then you’ve likely caught wind about Odyssey Team lead developer CoolStar explaining how it will be easier to jailbreak A9-A11-equipped handsets than it will be to do the same with A12 and newer-equipped handsets. 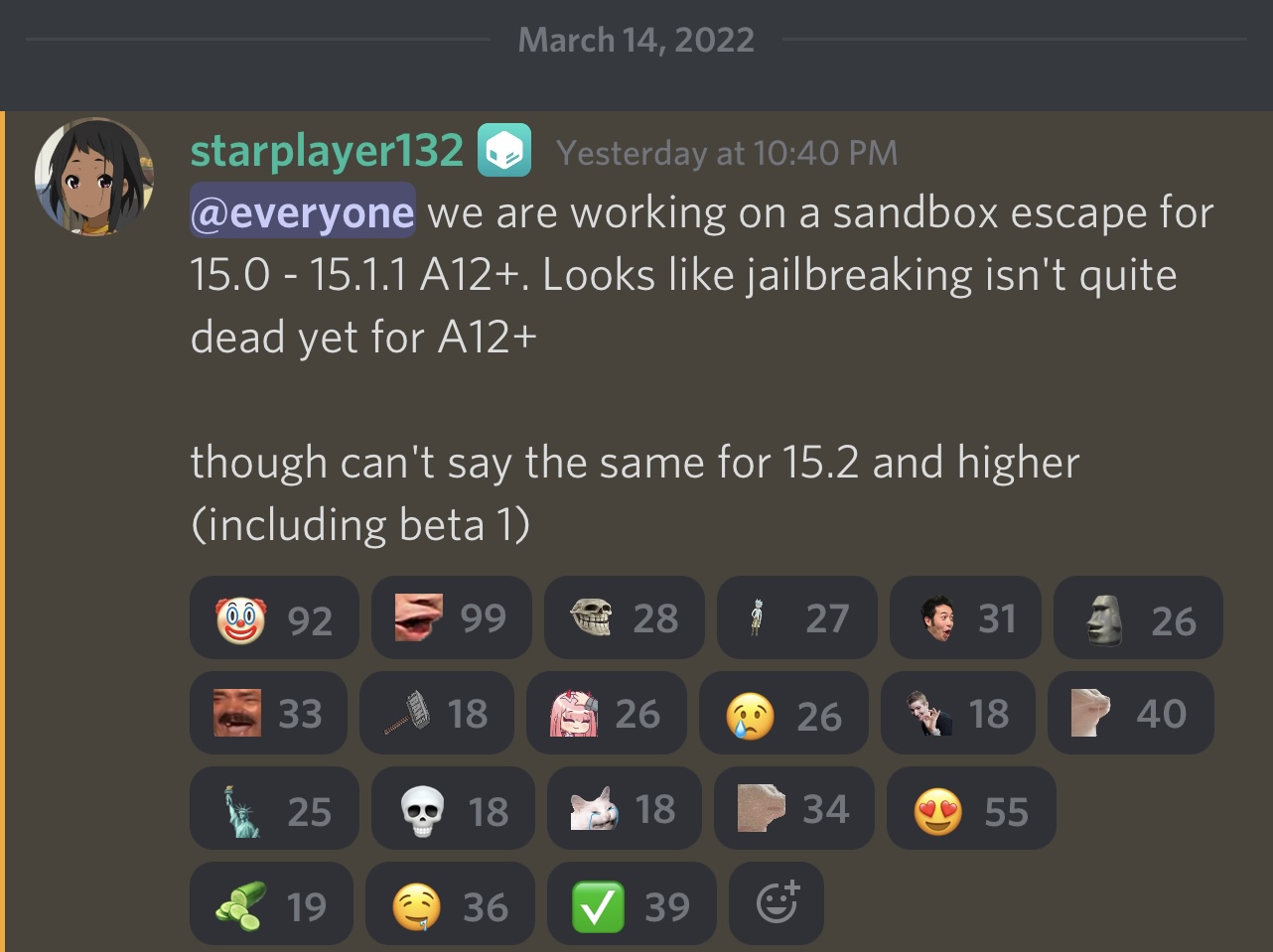 Because of new security mitigations in place, A12 and newer-equipped handsets may require burning new techniques, potentially for each supported firmware version. For iOS 15.0-15.1.1, this involves a sandbox escape, which CoolStar  says the Odyssey Team is currently working on.

The announcement, shared late Monday evening in the Sileo / Taurine / Odyssey Discord channel, appears above, and suggests that the Odyssey Team’s upcoming iOS 15.0-15.1.1-supported jailbreak will offer support for A12 and newer-equipped devices in addition to support for older A9-A11-equipped devices.

Additional comments raise concerns, however, about the potential for future firmware support, as it seems that Apple has made it even more of a challenge to jailbreak iOS & iPadOS 15.2 and later on A12 and newer-equipped devices.

This means that even with another exploit for iOS & iPadOS 15.2 or later, additional techniques would be required to make a jailbreak that supports A12 and newer devices, which unfortunately makes the entire process of building a jailbreak more resource-intensive.

While there’s no ETA for the Odyssey Team’s jailbreak, we do know that it’s going to be a rootless jailbreak. This is due to the secure system volume (SSV) security mitigations Apple put into play starting with iOS & iPadOS 15. Most jailbreak tweaks can be updated to work with this type of a jailbreak.

For now, seems like jailbreaking could very well see another season. Does this excite you? Be sure to let us know in the comments section down below.