Apple Arcade will exclusively launch a new “Alto’s Adventure” game on March 25 featuring an all-new character along with more than twenty new goals to complete. 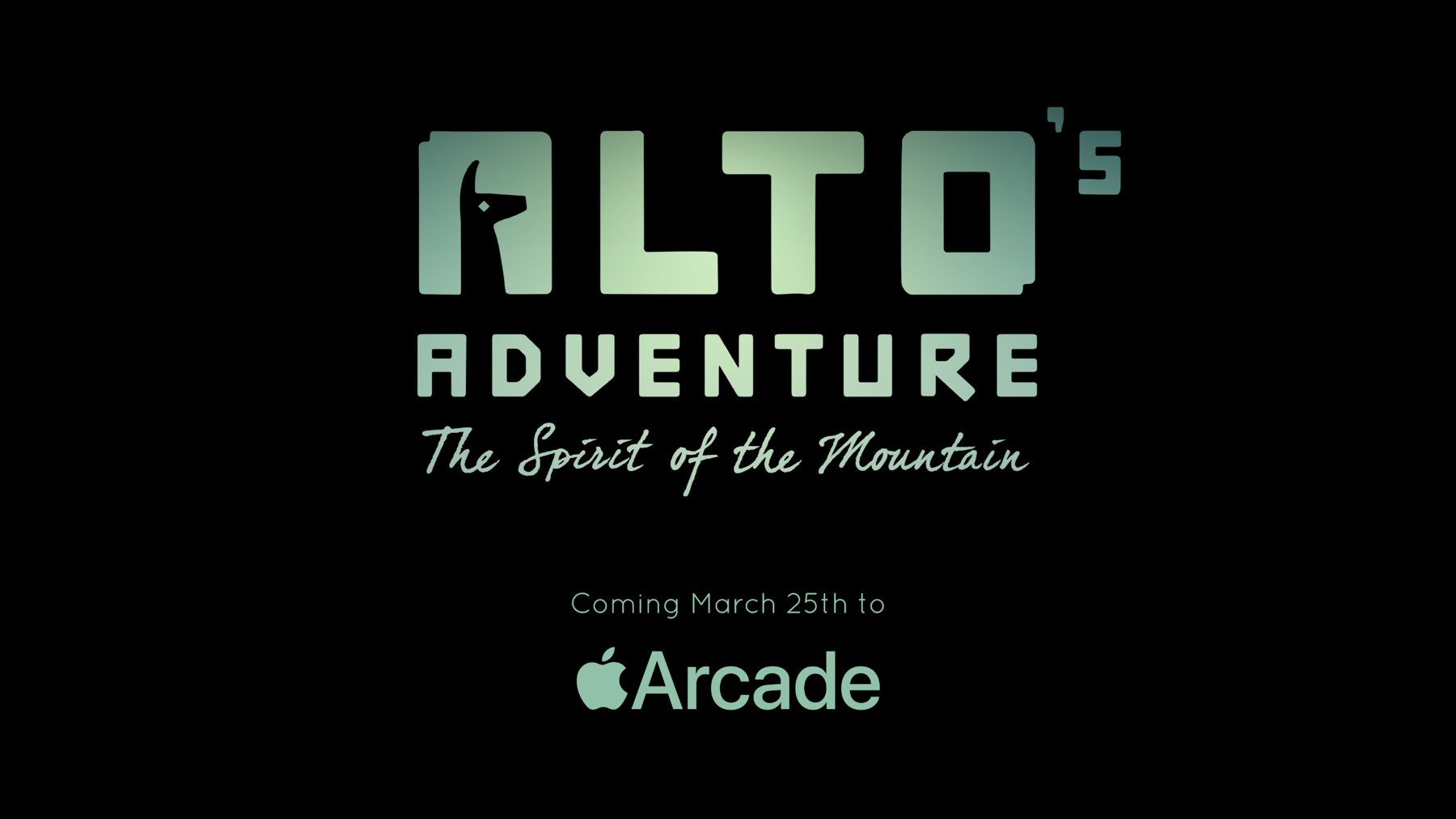 According to the developers, “Alto’s Adventure: The Spirit of the Mountain” will bring an all-new character along with 25 brand-new goals to complete (and earn awards) when it hits Apple Arcade on March 25. It’s also unclear if other things from the original game might have been tweaked or improved in the remastered edition. There was no word on the possibility of versions for other platforms such as Android and Windows either. Read: How to cancel your Apple Arcade subscription

Discover the heart of the Mountain. Navigate your way through a series of never before seen set pieces, revealing the mysterious Pitu, a brand new playable character along the way—only on Apple Arcade.

All of the new goals in the remastered version of the original will leverage Pitu’s unique abilities and tricks. For further information, visit the game’s App Store page.

There doesn’t seem to be any new biome in the remastered version, but we’re not ruling out that possibility. After all, a remastered Apple Arcade version of Alto’s sequel, dubbed “Alto’s Odyssey: The Lost City,” arrived with a new biome and goals.

“On March 25, adventurers everywhere will embark on a journey to discover what lies at the heart of the mountain,” reads Snow’s Twitter post announcing “Alto’s Adventure: The Spirit of the Mountain” is coming soon to Apple Arcade. To be specific, a new version of the original award-winning endless snowboard journey is launching on Apple’s game-subscription service on Friday, March 25, 2022.

What’s so special about “Alto’s Adventure”?

Released in 2015 as a side-scrolling endless runner snowboarding video game developed by Team Alto and Snowman and published by Noodlecake Studios, “Alto’s Adventure” features dead simple game mechanics. Simply touch the screen once to perform a jump. And while mid-air, touch and hold anywhere on the screen to perform tricks. Read: How to see what your friends are playing on Apple Arcade

The original game features 180 goals such as crossing gaps or grinding across rooftops of villages that the player can complete three at a time. Completing goals unlocks awards. The player can also collect coins to spend on upgrades.