It’s been a busy morning for the Odyssey Team. After having just updated the iOS & iPadOS 14-based Taurine jailbreak to version 1.1.2 with support for the latest Sileo release, they’ve now done the same with the iOS & iPadOS 13-based Odyssey jailbreak. 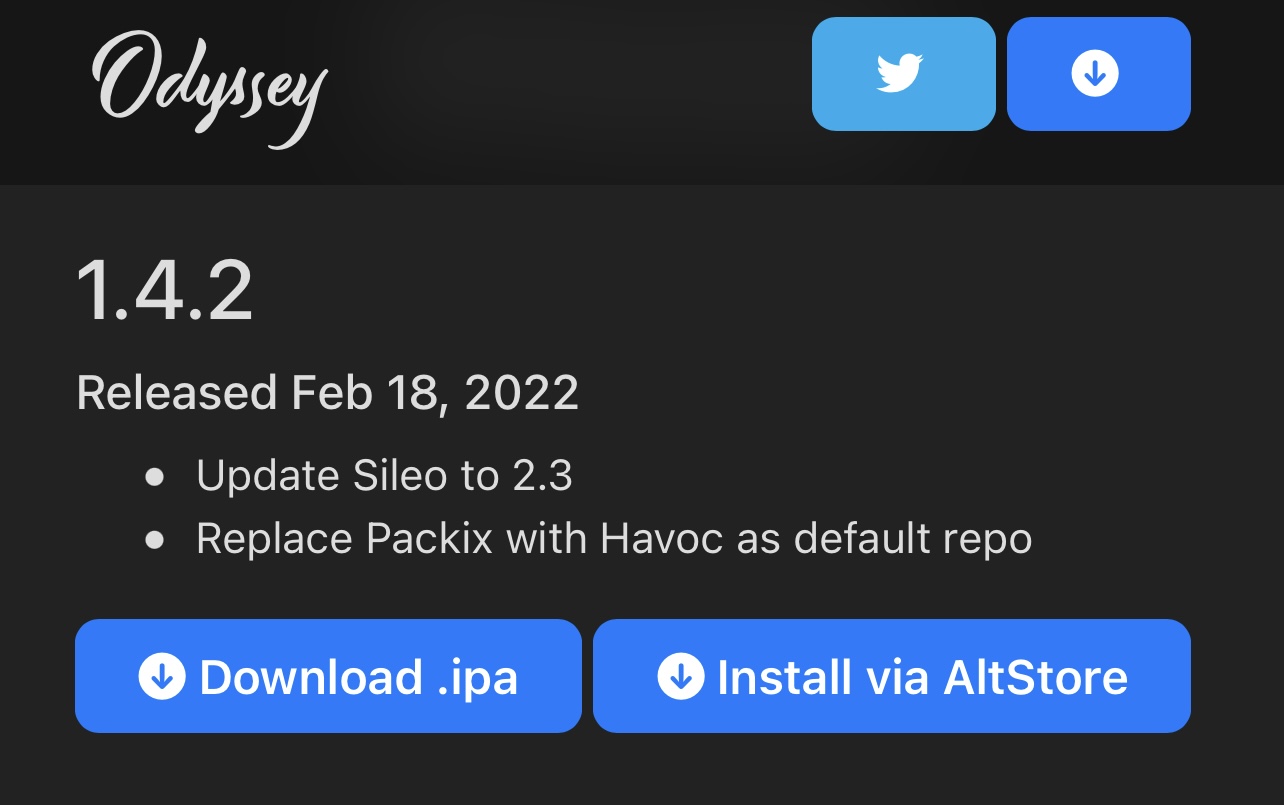 Now available to the general public, Odyssey version 1.4.2 is recommended for all existing users and incorporates the following changes:

– Bundle the new Sileo v2.3 update
– Replace the outgoing Packix repository with the Havoc repository as a default

The latest version of the Odyssey jailbreak tool can be had from the theodyssey.dev website, and shouldn’t be downloaded from any other source. It supports iPhones and iPads running iOS & iPadOS 13.0-13.7.

Odyssey is easily installed to compatible iPhones and iPads via the AltStore application via a Mac or PC. For details showcasing how to do that, we’ve made a step-by-step tutorial to walk you through it.

For those interested, the Odyssey jailbreak is open-source on the Odyssey Team’s GitHub page.

Have you updated to the latest version of the Odyssey jailbreak yet? Be sure to let us know in the comments section down below.