When it launches globally, Twitter’s new Flock feature will allow you to share content privately with up to 150 people designated as your trusted friends. 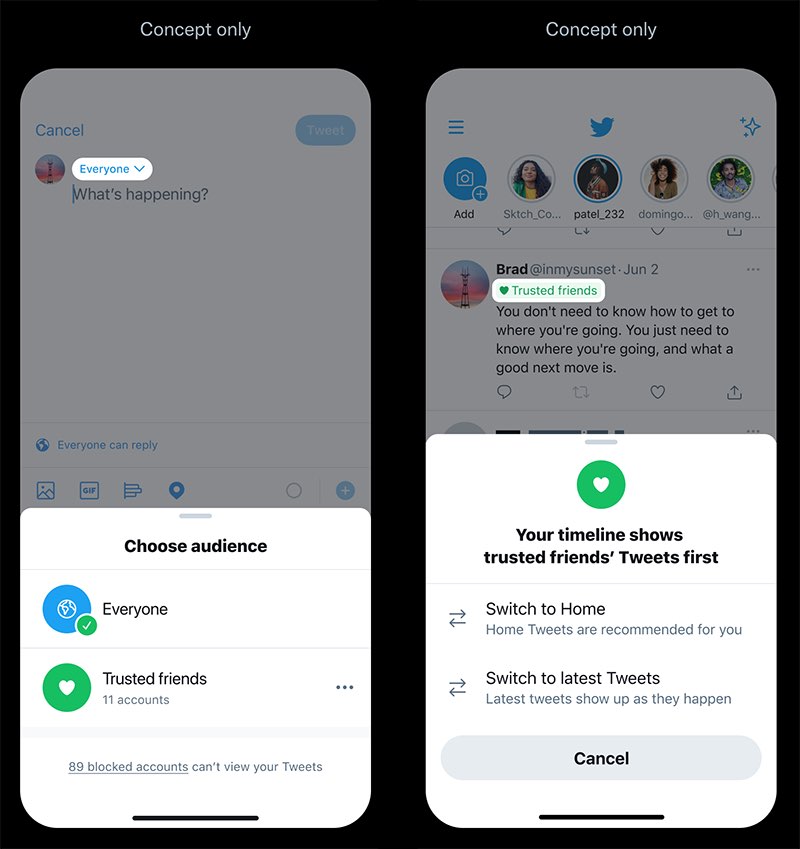 As reported by Input, mobile developer Alessandro Paluzzi has unearthed a splash screen for this feature within the app code that explains how the feature works. According to the company and the screenshots Paluzzi shared on his Twitter, customers will be able to cherry-pick up to 150 people to include in their list of trusted friends, called Flock.

You would then simply hit the audience selector in the compose window to choose whether everyone on Twitter will see your post or only your trusted friends on the Flock list. People included in your Flock tweet audience will see a notice saying, “You can see this tweet because the author has added you to their Flock.”

You can add or remove people from this curated list at will, but you can’t have more than 150 close friends included on the list. Your Flock list is completely private and only you can see who’s on it. Thankfully, people won’t be notified if you remove them from the list.

Here’s what the splash screen says:

It’s unclear when this feature might be ready for prime time. For now, Twitter keeps working on Flock’s implementation on iOS. Keep in mind that “Flock” here could just be a placeholder name—at the time the feature was known as “Trusted Friends”. Read: What are and how to share stories with Close Friends on Instagram

Instagram has had a similar feature, dubbed Close Friends. They’re not completely the same as there exist a few differences between Instagram’s and Twitter’s implementation. People on your Close Friends list on Instagram, for instance, will know they’re on it, but they can’t see who else is on it. And if someone has added you to their list, you’ll see a green badge when you’re viewing their stories and a green ring around their profile photo.

Twitter is also testing other unreleased features, including reaction videos, but there are no guarantees that some or any of them may become everyday features for all users.