A small update surfaced this Tuesday evening for everyone that has been avidly looking forward to the public release of Linus Henze’s jailbreak untether for iOS & iPadOS 14.5.1 and below.

While it was originally slated to be released this Thursday, October 21st, Henze took to Twitter to announce that some minor technical difficulties are compelling him to postpone the release until Sunday, October 24th. 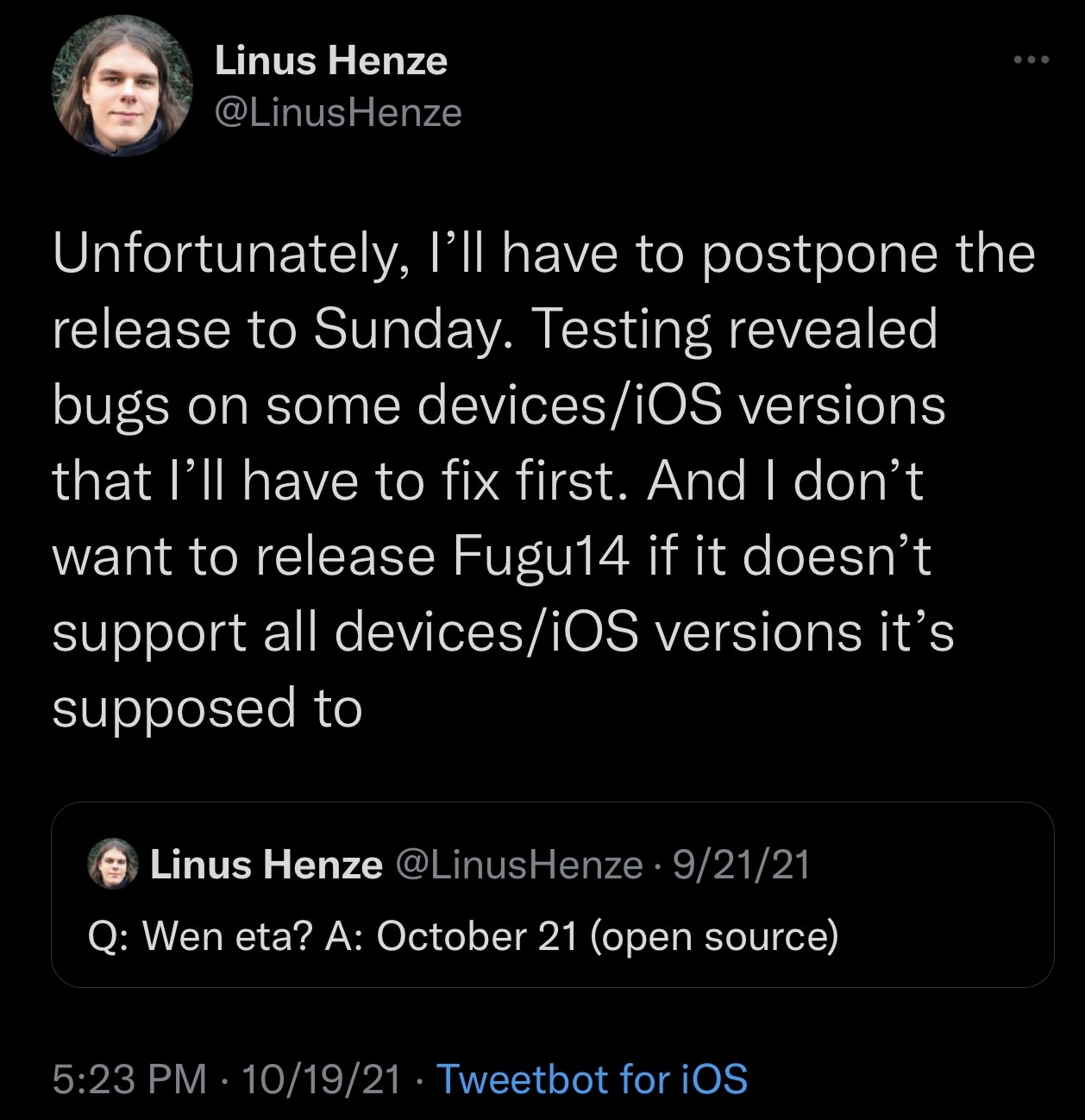 While Henze didn’t go into detail about what devices and firmware combinations are affected by said bugs, that should become a moot point after Henze fixes those bugs and finally releases the untether.

Another thing that immediately catches our eye is that Henze refers to something called Fugu14 in his Tweet. Digging deeper, the background of Henze’s Twitter profile comprises of the following image, which appears to shed more light on the matter:

From what we can gather, Fugu14 is an incomplete jailbreak for iOS 14 devices based on Henze’s untether that incorporates a kernel exploit, kernel PAC bypass, and PPL bypass. We also learn some important details about device compatibility:

A simplified version of the points above: the unfinished Fugu14 untethered jailbreak is only intended for the iPhone XS and newer running iOS or iPadOS 14.3-14.5.1, but the untether could potentially be ported to other devices via other jailbreak tools.

Also, the untether is only applicable to iOS or iPadOS 14.5.1 or below, regardless of what device you’re using.

Now that we have a little more intel about the Henze’s untether and unfinished Fugu14 untethered jailbreak, we can better navigate the facts about the upcoming release. It seems highly likely that the untether will be integrated into existing jailbreak tools, but we don’t yet know how long that will take. In any case, we’ll have more information when the untether officially drops this coming Sunday.

Are you excited for this untether release? Be sure to let us know in the comments section down below.