Being in control of your iPhone’s display brightness can be incredibly convenient depending on your surrounding circumstances. But I’ve long noticed that even the lowest brightness setting isn’t quite as low as I like it sometimes.

This is exactly what a new jailbreak tweak dubbed AdvancedBrightnessSlider by iOS developer Jonas Schiefnersets out to achieve, and it seems to hit the nail on the head in terms of both concept and execution.

Once installed, AdvancedBrightnessSlider also adds a dedicated preference pane to the Settings app where users can configure the tweak to their heart’s content: 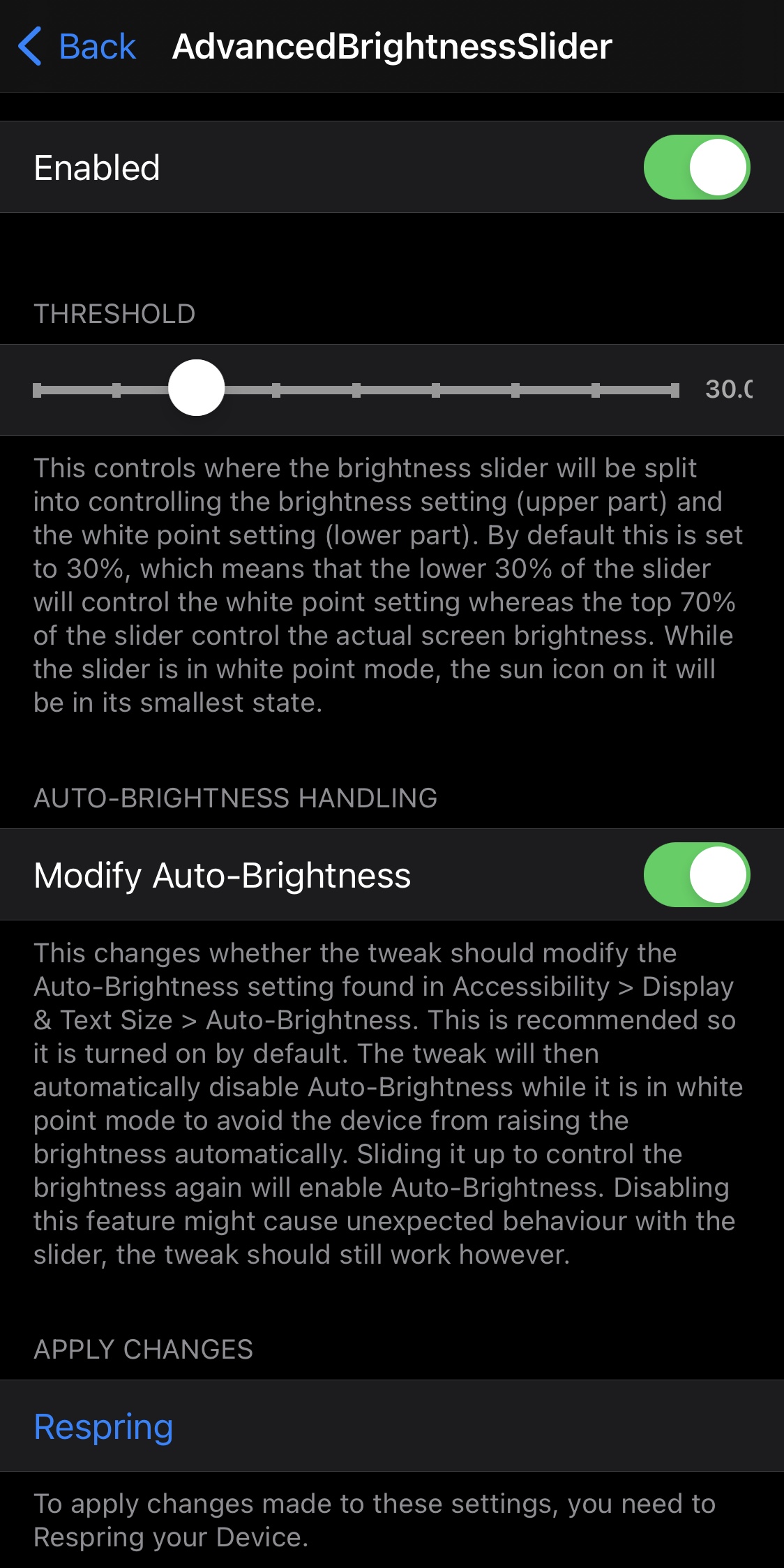 Given how often I take advantage of the Reduce White Point feature to keep my display from searing my eyeballs in place late at night, I can say with certainty that AdvancedBrightnessSlider is a wonderful addition to the iPhone’s native display brightness controls and that it makes accessing the feature a whole lot easier.

Those interested in giving AdvancedBrightnessSlider a try can download it for free from the Packix repository via their favorite package manager app. The tweak supports jailbroken iOS 13 and 14 devices.

Do you plan to take advantage of AdvancedBrightnessSlider, or are you fine with using the accessibility shortcut to access it? Be sure to let us know your thoughts in the comments section down below.