While there are many developers out there happy with Apple’s App Store (even with the rules and fees), there are some who have taken exception to Apple’s shenanigans. Especially as it relates to apps being “Sherlocked” by the company. One app developer is still upset with Apple, and plans to take things to the next level because of it.

Developer Kosta Eleftheriou has taken exception with Apple before in the past. More than once, really. The developer has raged against Apple’s machine for multiple reasons, including scam apps that run rampant in the App Store, and even potential anti-competitive behavior on Apple’s part. And now Eleftheriou is ready to take Apple to court (again) after Apple unveiled the brand new built-in keyboard for the Apple Watch Series 7 (and watchOS 8).

If you missed it, here’s the brief rundown: Earlier today, during its California Streaming event, Apple unveiled the brand new Apple Watch Series 7. It features a larger display, which means more screen real estate for things to be displayed on the screen. Apple used that space to develop a brand new keyboard (which supports either tapping individual letters or swiping between letters to form words). And Eleftheriou believes that built-in keyboard is one of the reasons why their own app, FlickType, was removed from the App Store earlier this year.

So now we know. See you in court, @Apple. https://t.co/hJtPI2Z83J pic.twitter.com/1s7MUSLTpc

Back in August, we reported that, following multiple rejections by Apple, the popular FlickType keyboard for Apple Watch was being discontinued. Here’s how that was described at the time:

The developer took to Twitter recently to air out their grievances regarding Apple’s continued dismissal of submitted app updates, and goes as far as saying the developer can no longer ‘endure’ Apple’s ‘abuse’ in this regard. You can see Eleftheriou’s initial tweet on the matter just above.

Apparently the developers submitted an app update to FlickType that added some VoiceOver improvements to the software, while also including some bug fixes. Apple rejected the app upgrade, though, saying it would not work without ‘full access.’ And yet, Eleftheriou says they addressed this specific issue three years ago, despite Apple bringing it up yet again.

The developer says they tried to reach out to Apple ‘a total of 9 times last week,’ and adds that none of those attempts were fulfilled by Apple. The developer says they believe Apple is outright ignoring them when it comes to this issue, despite Apple telling them to ‘‘feel free’ to contact them if we need ‘further clarification’.’

Now, as noted today by AppleInsider following Apple’s big event, Eleftheriou is ready to see Apple in court, which you can see in the tweet above. As you can see, another iOS developer pointed out how familiar Apple’s new stock Apple Watch/watchOS keyboard looks. 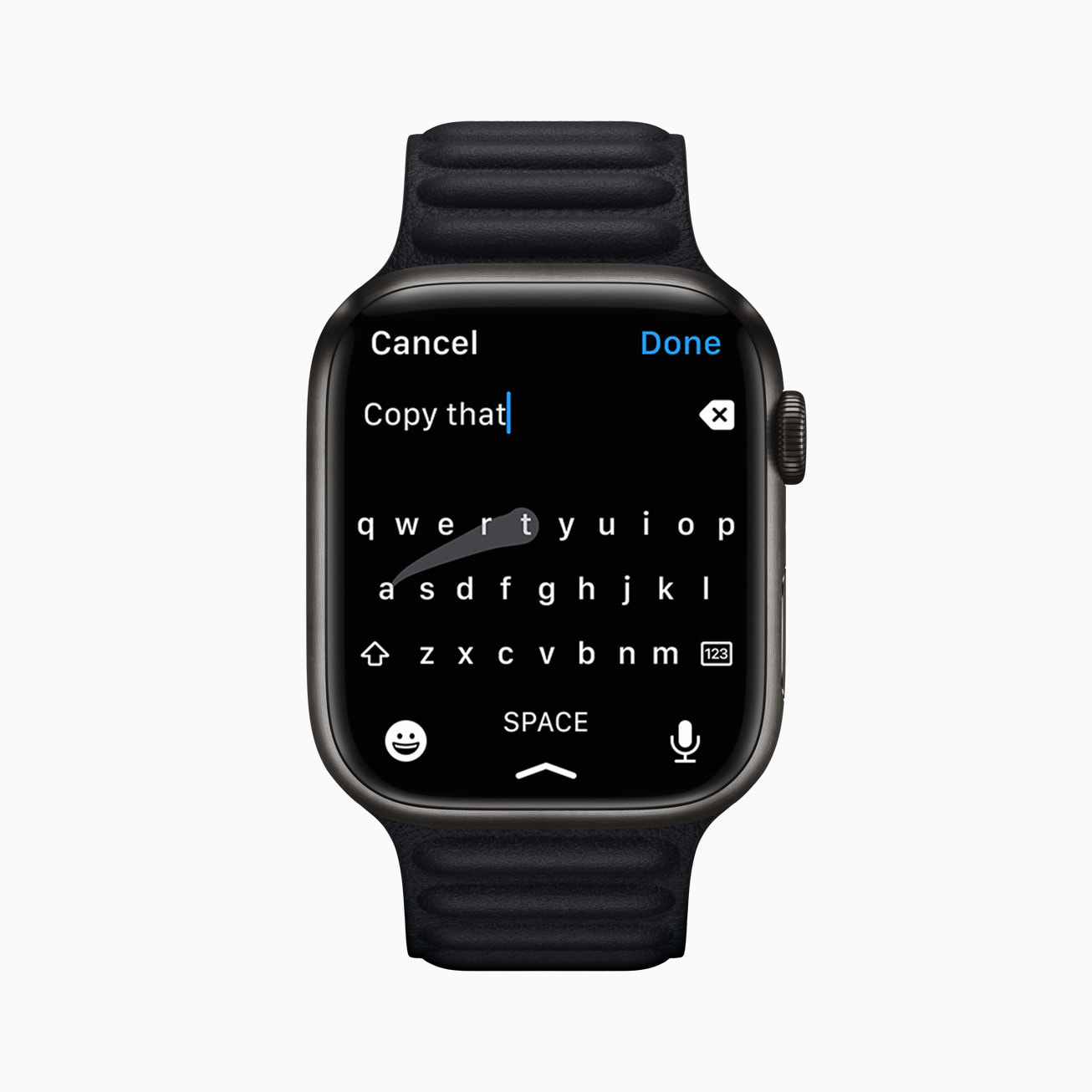 In Eleftheriou’s tweet above, that’s the original rejection letter Apple sent to the developer over FlickType. It’s unclear if the developer or Apple added the highlight to the text.

Eleftheriou is not a stranger to suing Apple. Earlier this year, back in March, the developer did just that in an attempt to check Apple’s market dominance.

What do you think? Is Apple guilty of “Sherlocking” yet another app, and therefore strong-arming out the competition as it relies on its own first-party apps?