The third-generation Apple TV is starting to see less and less support for some apps. And, according to a new report, it looks like two more prominent apps are on the way out.

Appleosophy was first to see that both the ABC News and ESPN apps are being phased out for the third-generation Apple TV. According to images shared by the publication, both apps will stop functioning on the set-top box beginning October 4, 2021. Once that date arrives, these apps will only work on the Apple TV HD and the Apple TV 4K.

Or, you can stream the apps on an updated iPhone or iPad to a third-generation Apple TV if you don’t want to upgrade your set-top box just yet. 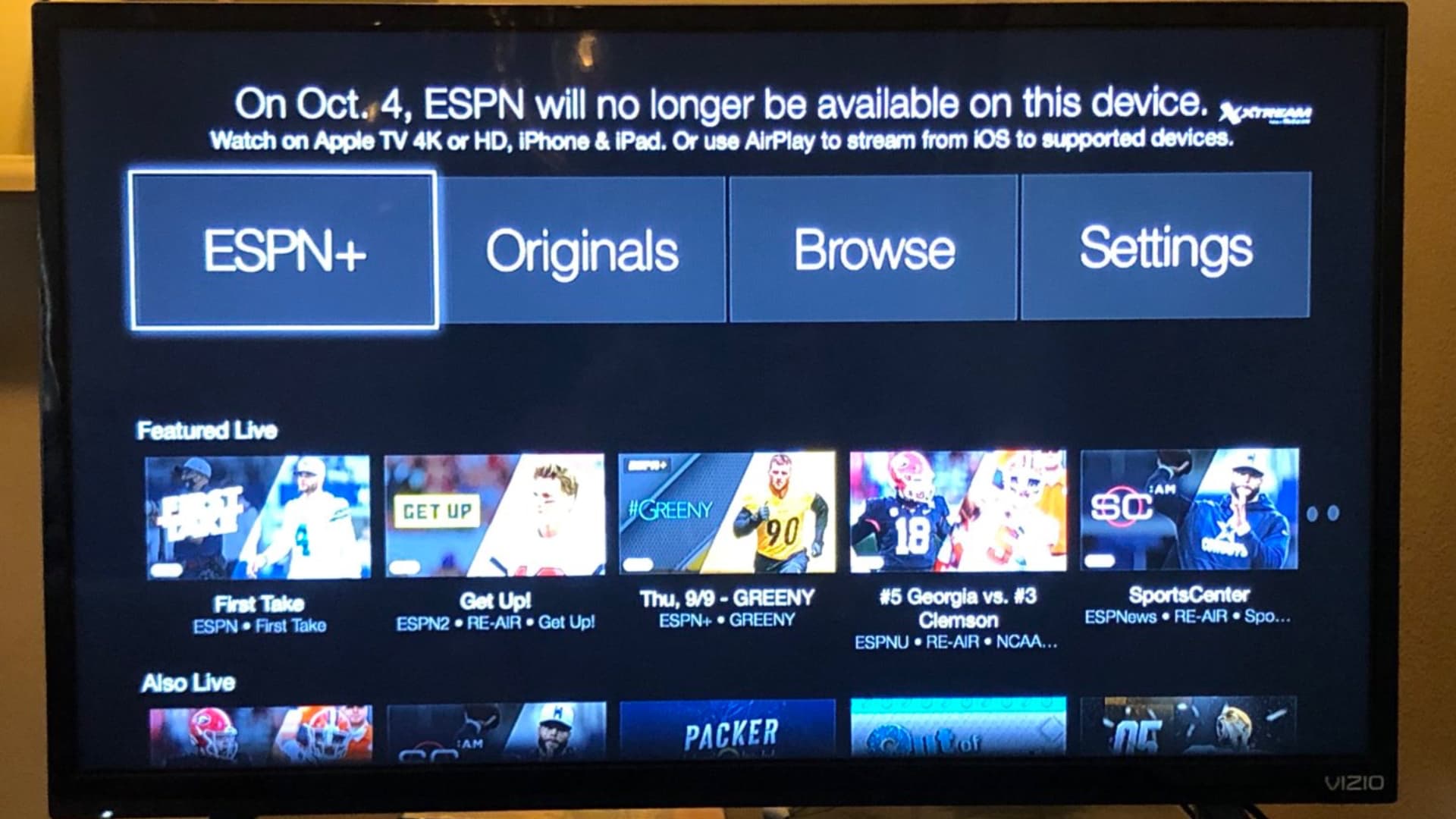 On Oct. 4, ESPN will no longer be available on this device. Watch on Apple TV 4K or HD, iPhone & iPad. Or Use airPlay to stream from iOS to supported devices.

A lot of apps have been phasing out support for the third-generation Apple TV over the last several months. That includes YouTube, CBS All Access, the MLB app, and FOX Now.