It feels like forever ago now, but I once had a desktop. Something I’d use every single day by saddling up to a desk and typing away on a wired, less-than-great keyboard. A mouse and not a trackpad. Part of those years was as a kid, either with an early day Mac or early day PC, and most of that time was spent playing old computer games.

One of the coolest things about the Mac is its history. Not just because it’s from Apple, at least not entirely. But because the Mac, either in its desktop or laptop iteration, has had such great designs that they really stand out. I know that there’s a lot of folks out there that would say the PC market has had the same deal, and there have been some great Windows-based machines in the past that I’ve personally loved!

But none of them stand out, to me, in the same way that the old iMac G3 did. Or the black (or white!) old MacBook models. Yes, the software helped these computers stand out, too, but I think Apple is at its best when it’s going bold not just with design, but with colors, too. 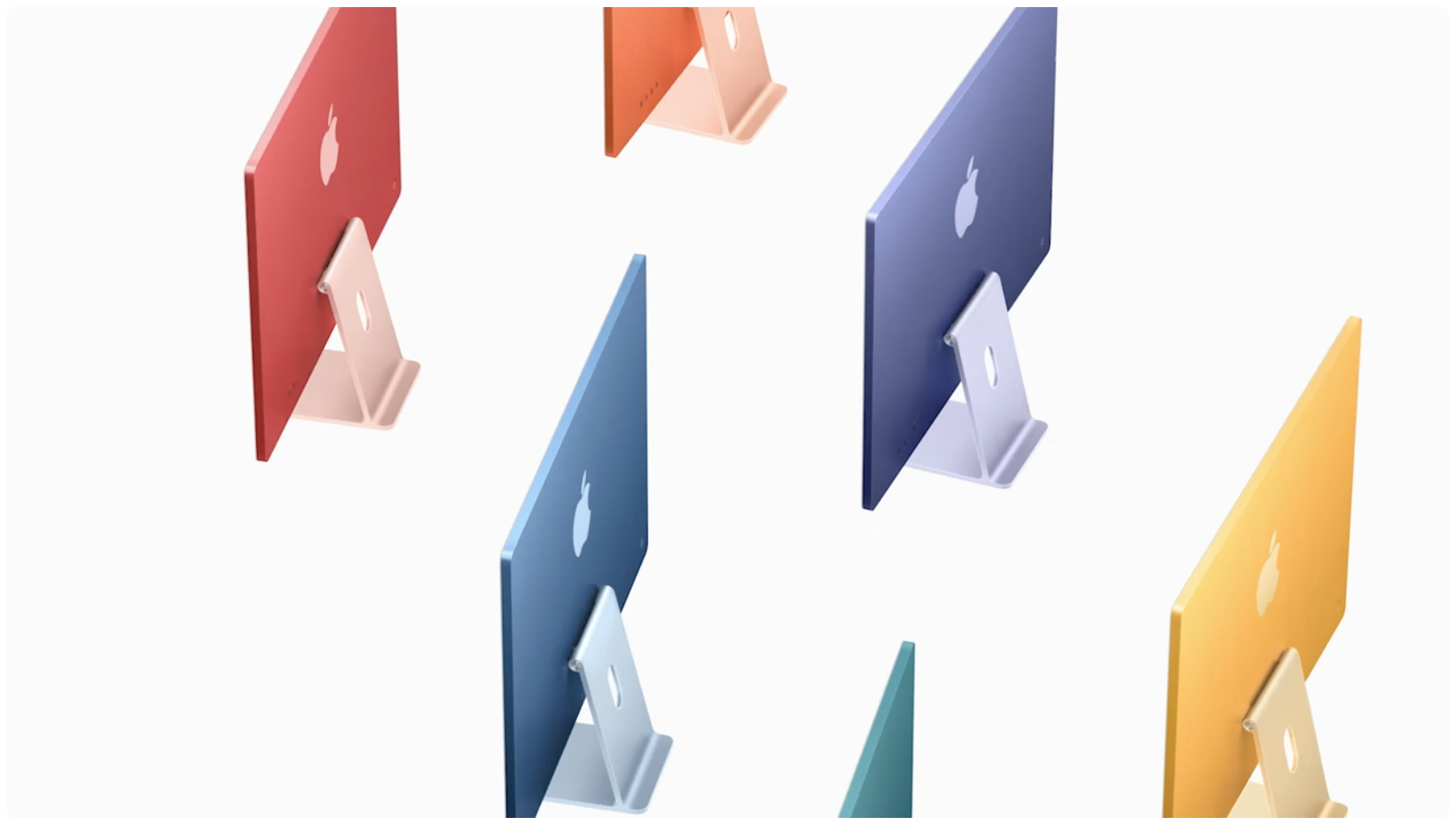 Which is why the iMac got so boring for so long. Apple stuck to that “industrial” design, I guess is what we’ll go with, for too long in my opinion. One could argue that it was just a big slab of glass with a silver base and that was fine, and I wouldn’t say they’re wrong. I’m always for a black border on a screen (if it has to have a border at all). But Apple has shown us with the newest 24-inch iMac that going colorful doesn’t have to be a detriment.

Even with the white screen bezels.

I finally got to see the new iMac in person recently. I wanted to see a blue one in person before I pulled the trigger on a purchase. (I also need to come to terms with whether or not I need a desktop at all, mostly. Working from a laptop for so long just gets engrained in your muscle memory.) It’s definitely a beautiful machine, even with the pastel colors. I’m not a huge fan of the white bezels in person, but I guess I could live with them.

But then as I was talking to the Apple rep, I realized all over again that the iMac still, for whatever reason, doesn’t have Face ID as its primary biometric security measure. It’s great that the more expensive models have Touch ID, but the fact we’re still waiting on Face ID on our Macs is borderline ridiculous at this point. Microsoft and that company’s third-party partners have figured out for Windows, it’s time Apple offer the same –and much better– version for its own desktops and laptops.

And that got me wondering: what else could Apple change about the Mac going forward? I was mostly thinking about the iMac when the question popped into my head for obvious reasons, but if you want to extend it to the MacBook lineup to answer the question, that’s perfectly fine, too. I’m curious to know what you think Apple should add or subtract, tweak or otherwise change in its Mac lineup as we wrap up the year 2021 and look beyond.

Along with Face ID, I do think it’s time that Apple adds cellular connectivity to the MacBook lineup, too. I know it would jack up the price a not insignificant amount, but I think it might be worth it. At least to some folks out there. I know that while I’m traveling I don’t always want to sap my iPhone’s battery to use it as a hotspot, and I more often than not don’t want to connect to a public Wi-Fi hotspot, either. That’s a bit of a pipe dream, I know, but that’s what wishes are all about.

But, what do you think? Let me know what you’d change about the Mac in this day and age.