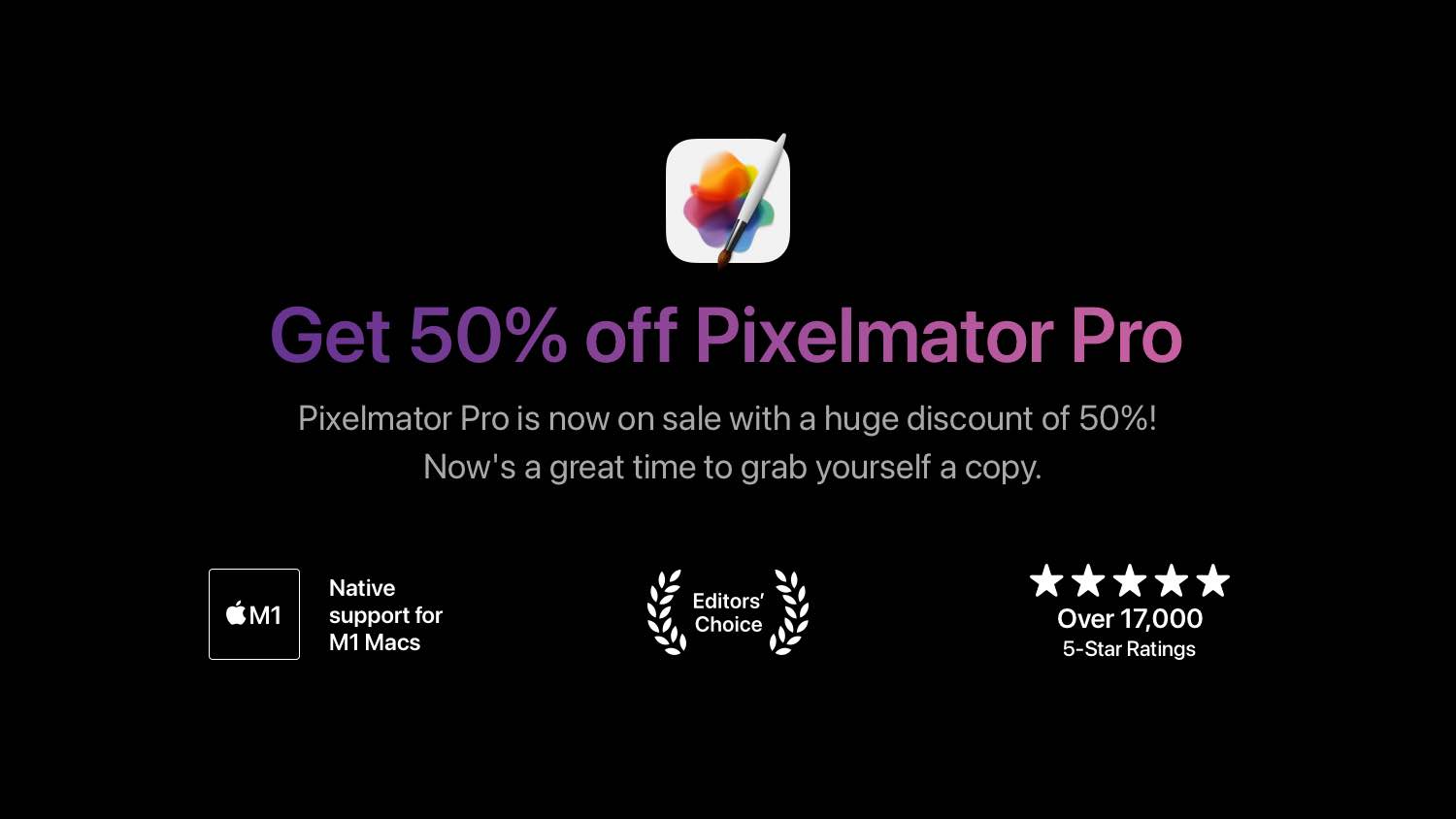 Pixelmator Pro slashes its price in half

Pixelmator Pro for macOS normally retails in the App Store for $40, a fair price for such a well-developed, well-supported image editor that ticks all the right boxes when it comes to performance, ease of use and being a good citizen in the macOS world.

→ How to resize multiples images at once on your Mac

The time-limited sale could end at any moment, though, so if you’ve been on the fence of pulling the trigger, now’s your chance to get the app for just $20.

The team took this opportunity to share in a blog post on the Pixelmator website an early preview of a new ML Crop feature in the upcoming Pixelmator Pro 2.1. Dubbed ML Crop (as in “Machine Learning Crop”), it takes advantage of artificial intelligence, machine learning and Apple’s Neural engine in the latest M1 Macs.

What does ML Crop do?

It analyzes the composition of photos using a machine learning algorithm and gives you a suggestion for how you could crop the photo to make it more eye-catching. Above all, we want this feature to just be fun, giving you some different perspectives for a common photo editing task. And it looks like that’s exactly how it will work!

Other changes in Pixelmator Pro 2.1

For instance, the Pixelmator Pro 2.1 interface now (finally!) lets you quickly see and set your primary and secondary colors in a manner similar to Photoshop. Also, there’s a fun new way to change the color of any object in a document using the magic of drag and drop.

Pixelmator Pro is available in the App Store.