Like with most other Apple products, you can pick a custom name for your AirTag to more easily figure out which one does what in the Find My app. In this step-by-step tutorial, you’ll learn how to rename your AirTag by picking a custom name and emoji for your Apple tracker.

Here's what you'll learn in this tutorial... Show the table of contents
1) Why customize AirTag name and emoji?
2) How to rename your AirTag
3) How to change your AirTag emoji

Why customize AirTag name and emoji?

Apple announced the AirTag at its Sprint Loaded even in April 2021.

To make distinguishing between multiple AirTags easier, Apple permits you to choose a custom name and even use an expressive emoji in place of Apple’s default AirTag icon.

But why bother renaming your AirTags in the first place?

Because doing so shall help you differentiate between, say, multiple sets of keys or any other personal belongings that you’re tracking with AirTags. You can also add or change an AirTag’s emoji without changing its name, according to a support document on Apple’s website. 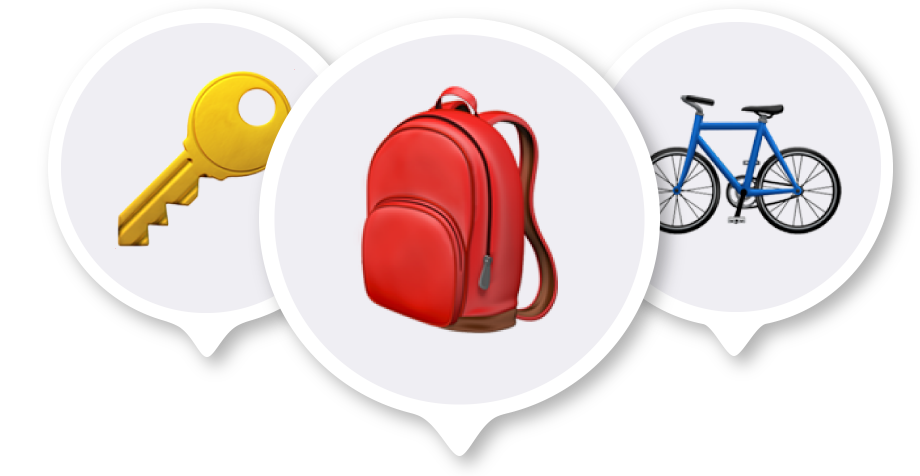 AirTag names are used to differentiate between multiple trackers in the following places:

Follow along with us as we show you how to change the name of your AirTag.

How to rename your AirTag

To customize your AirTag, be sure that it’s properly set up. Then, select the AirTag in the Items tab of the Find My app and choose an appropriate option to pick a custom name and emoji.

And now the AirTag will show the new name along with the selected emoji in the Find My app, plus when referencing an AirTag in your Siri voice requests and elsewhere.

Aside from picking a custom name for your AirTag, you can also select one of the default built-in names from the list. The system chooses an appropriate name based on the kind of item that’s attached to the tracker (which you chose during the initial setup), such as Handbag, Headphones, Jacket, Keys, Luggage, Umbrella, Wallet and so forth.

It’s also possible to pick a different emoji for the AirTag icon without changing the name.

How to change your AirTag emoji

You can pick an emoji for your AirTag icon without changing its name. Simply select your AirTag in the Items tab of the Find My app, then choose the option to change the AirTag emoji.

Now your AirTag will use your selected emoji, replacing the default icon.

And that’s definitely a good thing because your selected emoji most probably depicts the belonging that is being tracked much better than Apple’s default icon.