Well, this is a bit different. According to a new report, Apple Original Films has picked up the filmed production of a hit Broadway musical — and it’s coming soon to Apple TV+.

The story is a robust one, with Come From Away telling the true story of thousands of “stranded passengers and the small town in Newfoundland that welcomed them”. 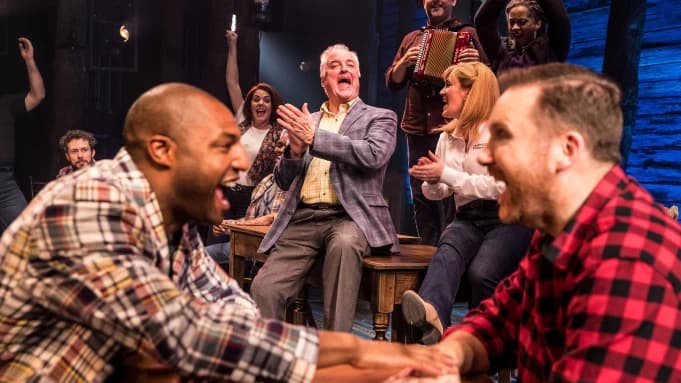 The original report notes that the upcoming production, the one that will be filmed and released on Apple TV+, will take place sometime this May in New York City. The event will employ more than 200 individuals, while the feature itself will include cast from the original Broadway production. However, additional casting will also take place.

Come From Away is expected to launch on Apple TV+ later this year.

The other gritty details from the original report:

Come From Away was seeing shows across the globe before the COVID-19 pandemic shut that down. So for the folks who were looking forward to catching this production on the stage, seeing it on Apple TV+ may be the best bet for now.

This is the first time Apple TV+ has secured itself a Broadway production, but it probably won’t be the last.