There has been a lot of talk about Apple pushing further into the podcast market, especially when it comes to exclusive shows. And while, so far, that has panned out in the form of Apple TV+-inspired content, it looks like it’s going beyond that with the latest podcast pick up.

According to a report today from Deadline, Apple has secured an exclusive podcast focusing on the “pop culture icons” Siegfried & Roy. The report notes that this is “one of its first major forays into exclusive, original audio series” for Apple at this point. While the series has technically landed under the Apple TV+ banner, the original report doesn’t say that this is associated with any upcoming documentary or docu-series, making it wholly original. It will be available directly in the Apple Podcasts app.

The upcoming podcast is set to premiere later this year, but not specific date has been penciled in quite yet. The show will focus on the two entertainers, presenting “an in-depth look at the most famous, controversial magicians in history”. The show will aim to deconstruct the illusions they created, while taking a hard look at the empire they built at the same time. 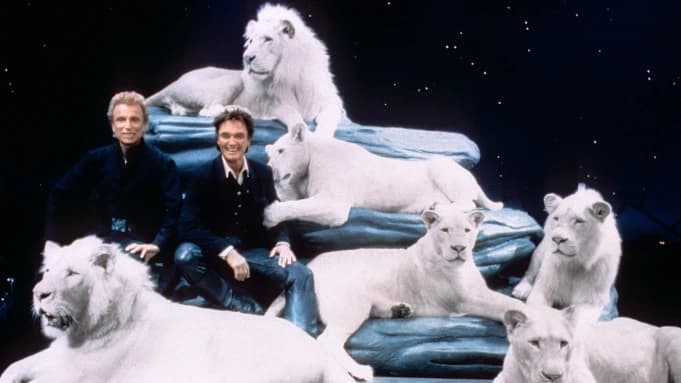 From the report today:

Siegfried & Roy were a duo of German-American entertainers, best known for their appearances with white lions and tigers. Siegfried Fischbacher died earlier this year, while Roy Horn, born Uwe Horn, died in 2020. Famously in 2003, a white tiger named Montecore attacked and injured horn during their act at the Mirage in Las Vegas.

As noted above, this is a major push into the original podcast territory for Apple. However, the company isn’t completely new to the idea. The company has been developing original podcast shows to emphasize and draw attention, while also building up, original content on Apple TV+.

Just recently the company announced “The Line”, an original true crime podcast that will have a connected series launch later this year. Before that, a companion podcast series was launched alongside the second seasons of the alternate history sci-fi drama For All Mankind.

And of course, Apple just recently announced subscriptions for podcasts at its recent Spring Loaded event.

This expansion into something not directly connected to an Apple TV+ series or film is probably just the beginning.