You know something must be popular when other companies start jumping all over it. For example, Clubhouse, a live audio platform that is all the rage these days.

Earlier today, for instance, we reported that Spotify unveiled new live audio formats, all in an attempt to take on Clubhouse. And, as it stands, major companies like Facebook, Twitter, and even LinkedIn (owned by Microsoft) have all announced plans to launch something similar to Clubhouse in the future. Today, Reddit unveiled its own idea on the platform — which is very similar to Clubhouse.

Which is not surprising, as TechCrunch notes Reddit’s idea is basically a Clubhouse clone. It has a different name, at least. “Reddit Talk” is the new live audio platform within Reddit, existing solely for subreddits. And for those who might not know, a subreddit is an individual forum on a broader topic. Those subreddits have moderators, and those moderators are the only ones that will be able to launch a Reddit Talk. 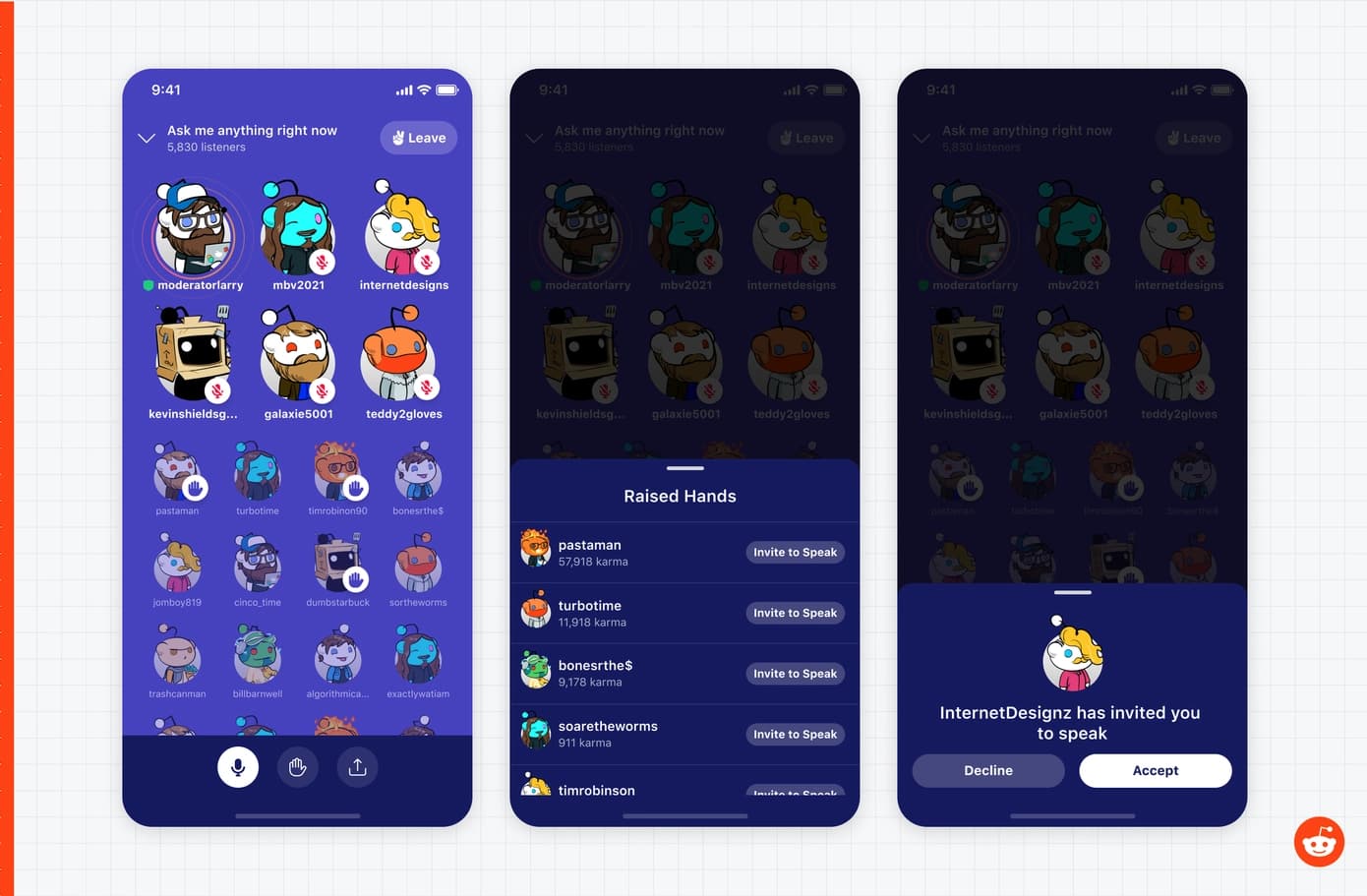 Moderators will then be able to invite others, mute them, remove them, and outright ban them if need be. Anyone can actually join the Reddit Talk to listen in on what’s going on, but they’ll need permission before they will be able to speak.

Reddit apparently sees Reddit Talk as a way to expand on already existing elements for the platform in general. Ask Me Anything (AMA) sessions are extremely popular on Reddit, for instance, and a Reddit Talk could help boost that popularity even more. Coverage for live sports events and other major events could also be a go-to for Reddit Talk sessions.

Reddit will offer quick reactions with built-in emotes for listeners, so they can interact with what’s going on even if they can’t actually talk.

This isn’t the first Clubhouse competitor so far. Twitter launched Twitter Spaces not too long ago, and availability for that feature continues to expand. Meanwhile, other companies are looking to jump on the bandwagon soon enough, so this is one market that will probably have plenty of options soon enough.