Still, that hasn’t stopped Pwn20wnd from cranking out regular revisions to unc0ver. Just this evening, the unc0ver jailbreak received an update to version 6.1.2 with a number of new stability improvements and a shiny new safety feature that jailbreakers may find helpful. 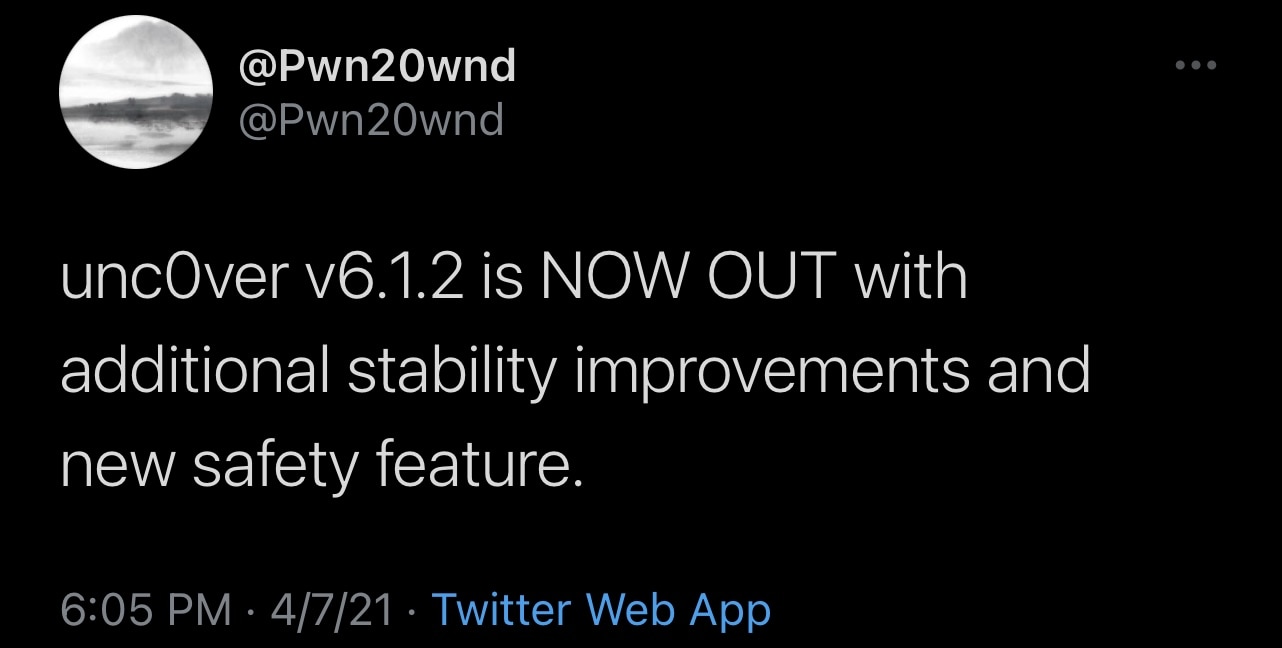 Citing the change log, we can gather that unc0ver v6.1.2 encompasses the following changes:

If you were experiencing any sudden or unexplained reboots after jailbreaking with unc0ver, then this is an update you won’t want to miss. It’s said to resolve that problem in addition to jetsam events and processes being killed without warning.

Apart from the bug fixes above, it seems that Pwn20wnd has opted to increase unc0ver’s compatibility with third-party signing services, as many jailbreakers turn to these services to install the jailbreak when they don’t have a computer handy. Furthermore, a new safety feature has been implemented that should preserve stock files and prevent them from being modified by third-party packages without the user’s permission.

If you’re a current unc0ver user, then we obviously recommend that you download and deploy v6.1.2 at your earliest convenience to ensure that you’re taking full advantage of the latest features and improvements. As always, the unc0ver jailbreak can be downloaded from unc0ver.dev, and as for those who’ve never used unc0ver before, our detailed step-by-step tutorial will guide you through the process.

Have you downloaded and installed the latest version of the unc0ver jailbreak yet, or are you using something else? Be sure to let us know in the comments section down below.