Although the unc0ver jailbreak by Pwn20wnd was the first to implement support for iOS & iPadOS 14.0-14.3, those who’ve been patiently holding out for CoolStar’s iOS & iPadOS 14-based jailbreak instead are going to be in for a treat.

The new jailbreak, which has been officially named Taurine after being unofficially referred to as “Odyssey14” by CoolStar over the past several months, supports iOS and iPadOS 14.0-14.3 with the help of the new cicuta_verosa exploit by @ModernPwner: 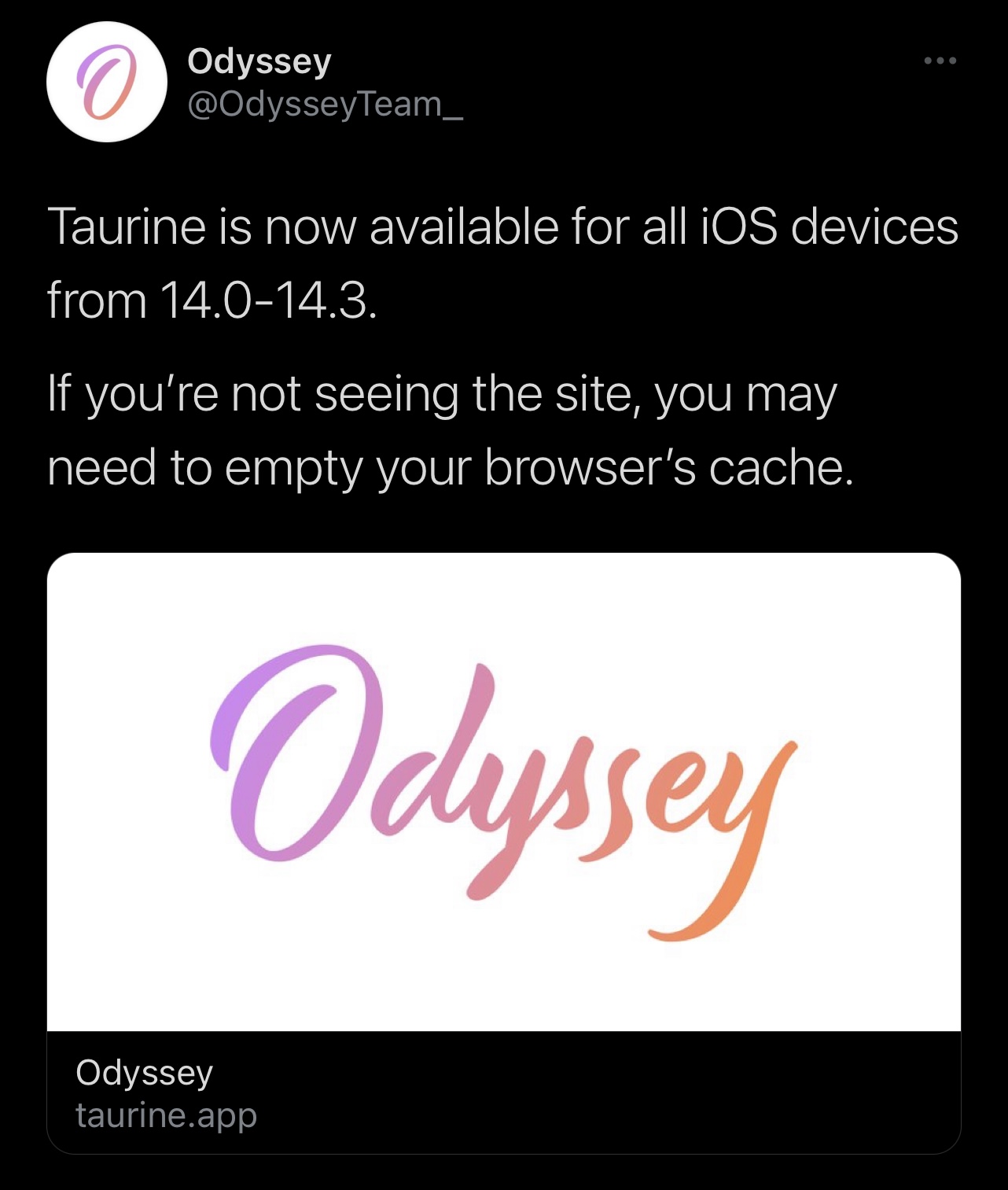 To further clarify, Taurine can jailbreak all devices that run the aforementioned firmware versions, including Apple’s latest A14 chip-equipped iPhone 12 & 12 Pro lineup. The unc0ver jailbreak also supports these devices running the same firmware, but Taurine is a different jailbreak with an entirely different bootstrap and is maintained by a separate jailbreak team.

Those interested in trying the Taurine jailbreak for iOS & iPadOS 14.0-14.3 can download it from the official Taurine.app website. It can be installed with ease via AltStore, and we have a step-by-step tutorial available if you need help with that process.

Have you tried the new Taurine jailbreak yet? Let us know in the comments section down below.