Apple has made good on its promise to bring proper AirPlay 2 support to the Fitness+ service.

The Cupertino technology group has promised earlier to bring AirPlay compatibility to Apple Fitness+ across the iPhone, iPad and iPod touch with the upcoming iOS and iPadOS 14.5 updates. On the Apple Watch, the feature will require the watchOS 7.4 software update.

The new feature will permit people to easily stream their Fitness+ workouts from an iPhone or iPad to TV sets that are compatible with AirPlay 2—even if they don’t have an Apple TV.

The general public will be able to use the much-requested feature when the updates arrive publicly in a few weeks. Apple’s registered developers can test it out by downloading and installing the appropriate beta to their device through the Apple developer website. 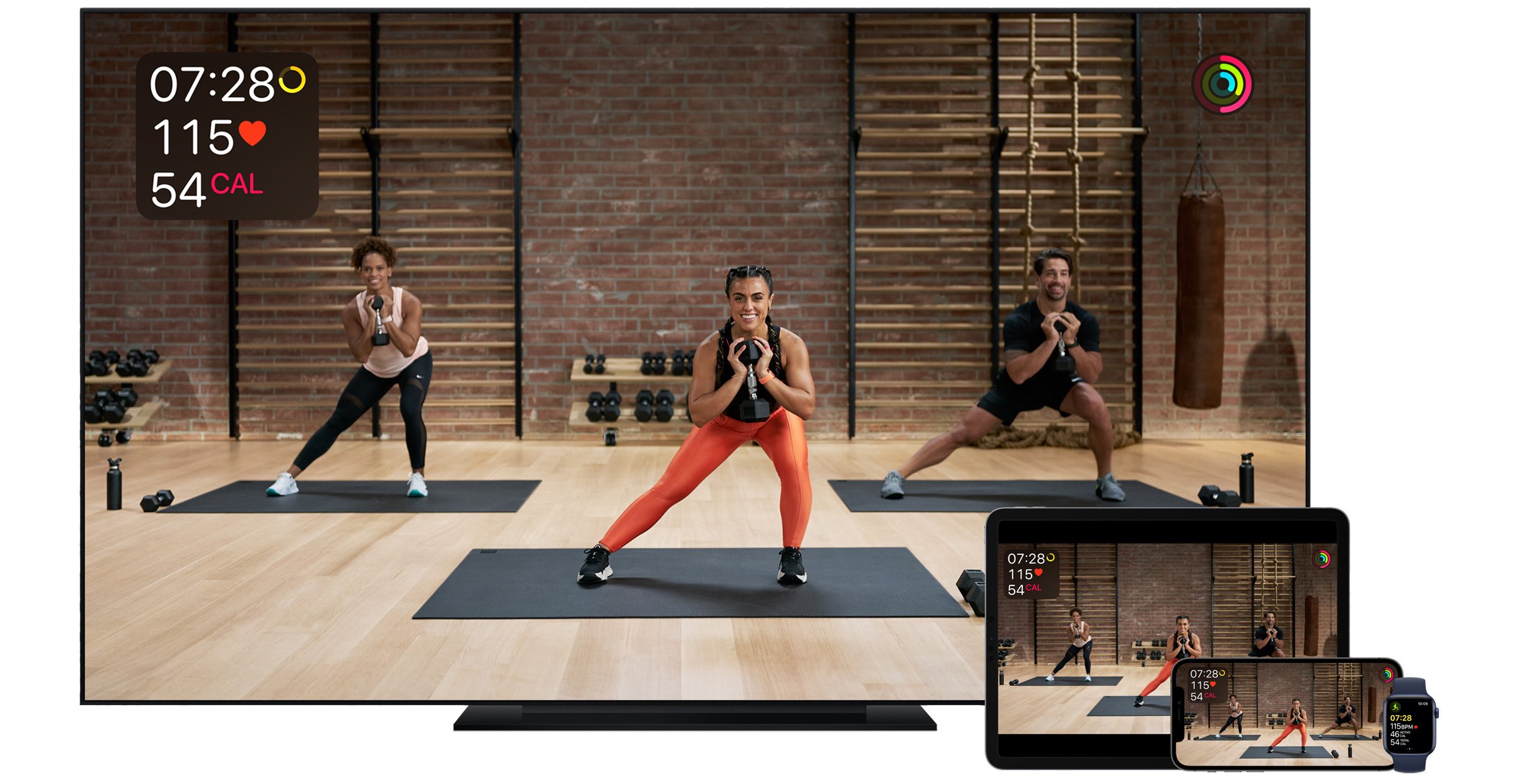 This is a highly-requested feature because, as iDB reported earlier, people without an Apple TV couldn’t beam Fitness+ videos to AirPlay 2-compatible TV sets.

It should be pointed out that this doesn’t include Apple Watch metrics. While you can freely send any Fitness+ video to your AirPlay-compatible TV, things like your Activity rings, workout metrics, calories burned will show up on the connected iOS device rather than on the telly.

The Apple Watch metrics are only displayed on a TV when Fitness+ is enjoyed via an Apple TV.

Apple cannot fix this easily because this is an inherent limitation of the AirPlay protocol, which was designed to beam media like photos, videos and audio but no additional data.

→ How to fix “pairing canceled” when running Fitness+ on Apple TV

AirPlay 2-compatible TVs are available from a bunch of companies like Samsung, Sony, LG, and Vizio, with the full list available on the Apple website. Certain Roku TVs feature AirPlay 2 support as well. Apple Fitness+ is currently available in the US, UK, Canada, Australia, New Zealand and Ireland, starting at $10 per month or $80 per year after a one-month trial.