The nice thing about Siri is that you can make “her” sound anyway you like. You can have a male Siri with an Australian accent or a female Siri with an Irish one. Or maybe you’d like to hear one Siri voice on your family’s HomePod, but you prefer a different one on your iPhone.

If you like to change things up now and then, and are an avid Siri user, here’s how to change Siri’s voice on your devices.

Change the voice on iPhone and iPad

On your iPhone or iPad, you can change Siri’s voice in your Settings. So, open that up and follow these steps.

2) Pick Siri Voice. Choose the Accent at the top and Gender at the bottom.

3) Tap the arrow on the top left to go back. To ensure you hear Siri’s feedback, choose Siri Responses and make a selection at the top under Spoken Responses.

4) Go back once more and optionally, tap Language to select a different dialect. 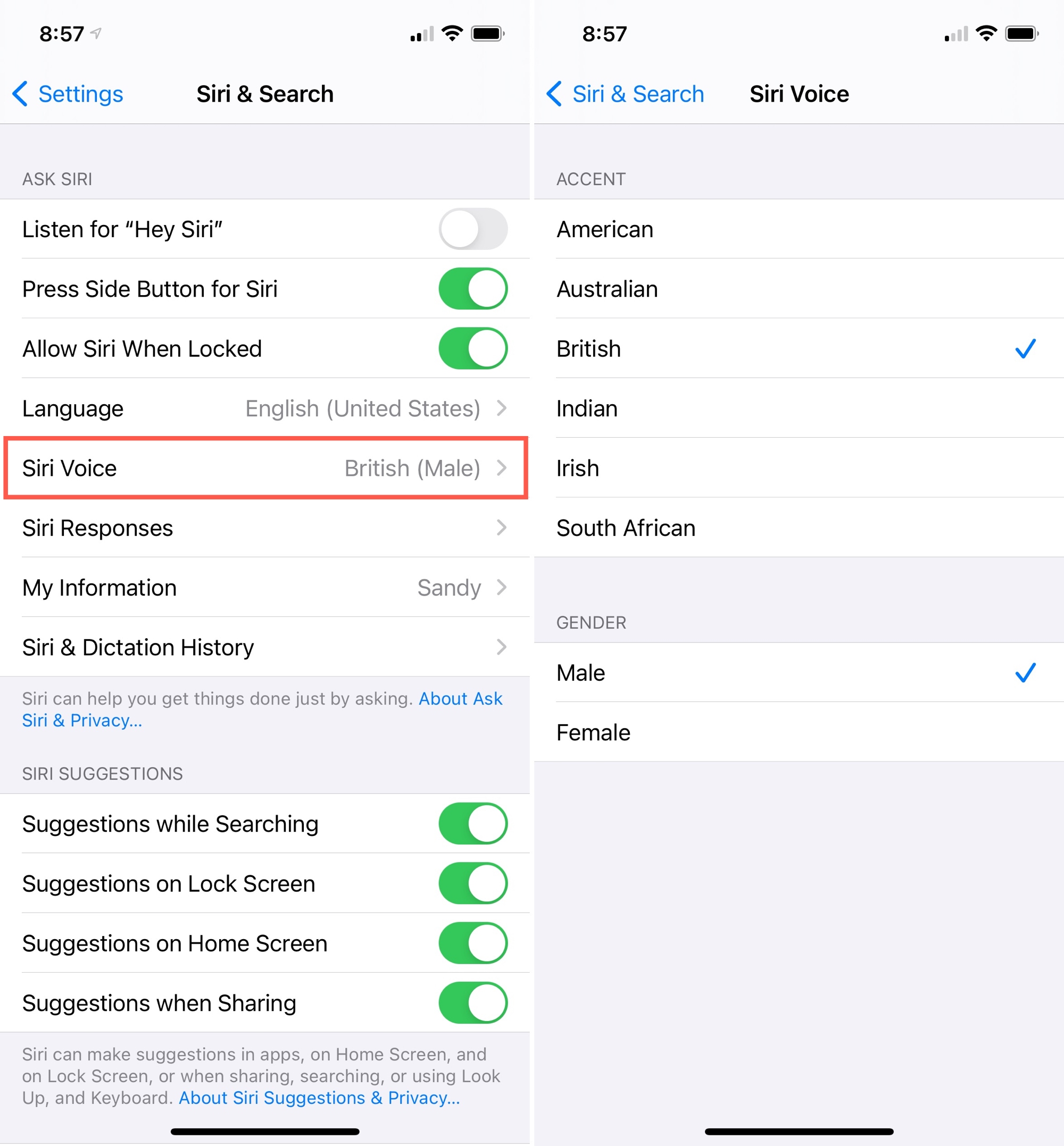 To make sure you hear the Siri responses on your Watch, do the following.

1) Open the Watch app on iPhone and go to the My Watch tab or open the Settings on Apple Watch.

3) For Voice Feedback, choose an option from Always On, Control With Silent Mode, or Headphones Only. 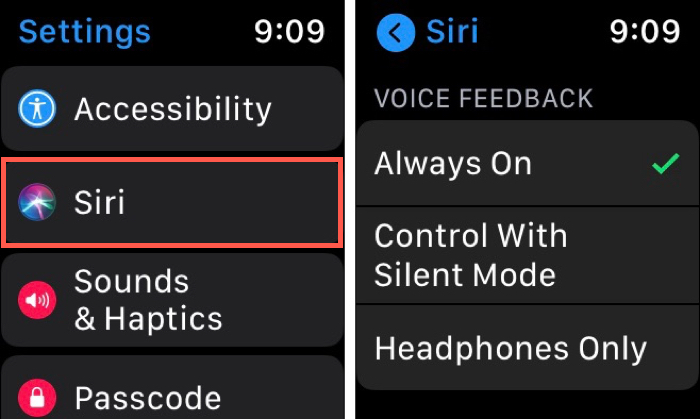 Change the voice on Mac

Choosing a different gender and accent for Siri on Mac is easy enough. You can do this in your System Preferences. So open this up using the Apple icon in your menu bar or icon in your Dock.

2) Click the drop-down next to Siri Voice and make a selection. You can pick from a dozen options, half male and half female with different accents.

3) To make sure you hear Siri speak to you on Mac, mark the button for On next to Voice Feedback.

4) You can also change the dialect for Siri on this screen too. Right above Siri Voice, pick an option for Language.

Change the voice on HomePod

Changing Siri’s voice on HomePod is just as simple as your other devices. Open the Home app on your iPhone or iPad and follow these steps.

1) Press and hold the icon for your HomePod.

2) Scroll down to the Siri section and pick Siri Voice.

3) Choose the Accent at the top and Gender at the bottom.

4) Tap the Back arrow and optionally select a different dialect for Language. 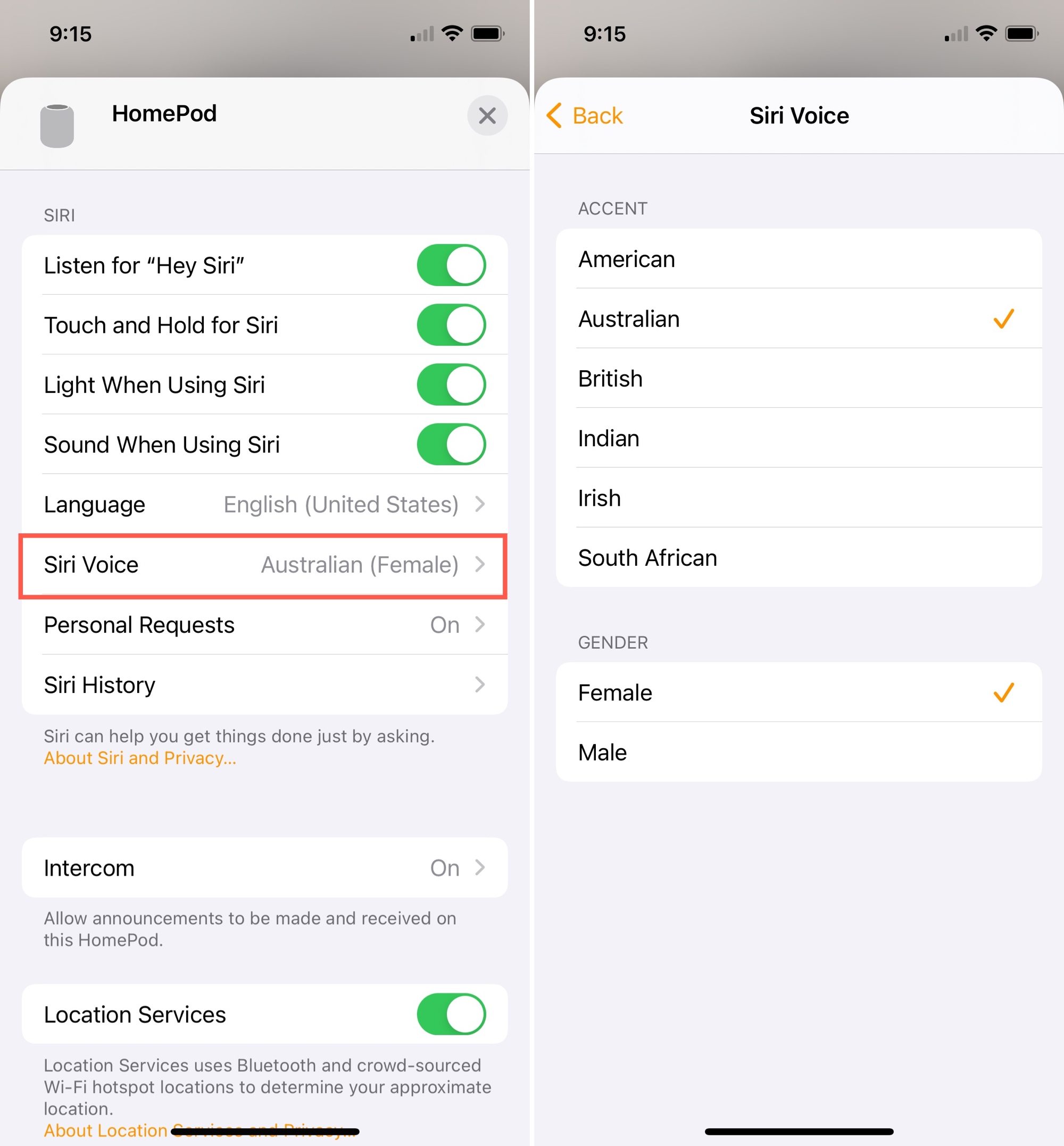 You can also make these changes the using the Home app o your Mac. Take a look at our how-to for changing the voice and language for Siri on your HomePod for the steps.

Siri is a terrific digital assistant and if you use it regularly, you can mix things up by changing the voice. Whether you like a different one on all your devices or prefer them all to be the same, it’s easy to change Siri’s voice on your Apple devices.

What do you think of the selection of voices for Siri? Do you think there should be more options or do you have a favorite?

For more, take a look at how to select Siri voices for VoiceOver, Speak Screen and Speak Selection features.