Safari in macOS 11 brought the ability to choose a custom background for your start page. After opening a new tab or window in Safari, hit the icon in the top-right corner to choose a provided image or select one of your photos. Setting an interesting background rather than a search engine or a favorite web page makes opening new tabs more interesting than before.

With macOS 11.3, Apple has added new customization options to Safari. Specifically, you can now override a new window or tab page with third-party extensions from the App Store. 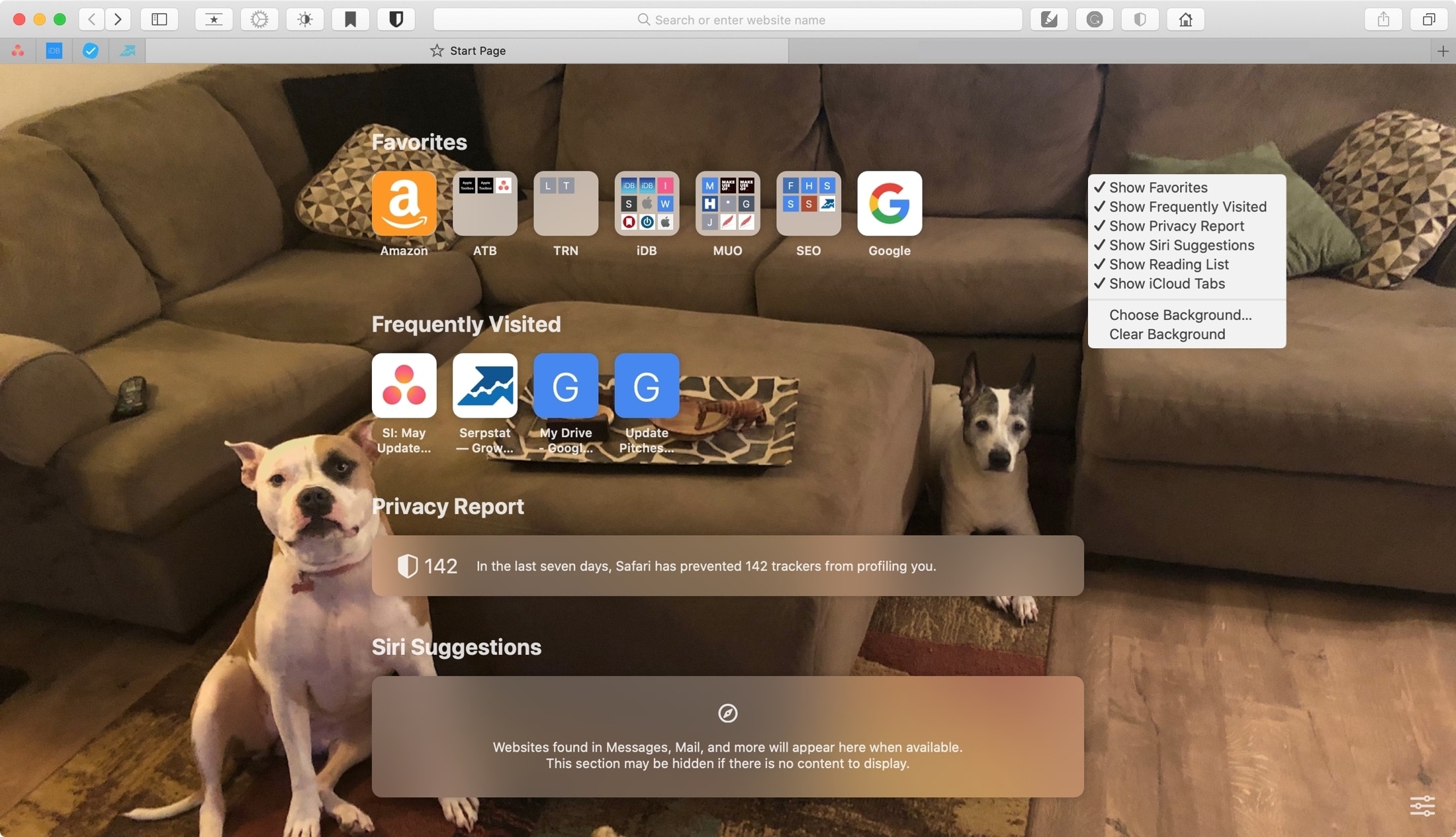 It’s unclear whether this new Safari feature could also come to the iPhone and iPad.

Here’s how it works

We have discovered that new extensions will let users change the default pages of a new window or new tab. Since this option is based on new extensions, we haven’t been able to try it out as there are no compatible extensions available yet.

Shouldn’t be a problem for MacRumors reader “neilio” who took it upon himself to test how this works by recompiling a version of Journal’s Chrome extension using the Safari Web Extension Converter feature in Xcode. Running the recompiled extension in Safari 11.3 produces a popup asking the user whether they would like to use the extensions for “new window and tab pages”.

The dialog offers two buttons: “Use for New Windows and Tabs” and “Now Now”.

The user can also adjust permission for that in the Safari preferences, on a per-site basis.

Similar extensions on other browsers

Other browsers already have similar customization options of their own. In both Google Chrome and Mozilla Firefox, for instance, you can change new tab pages with extensions. As for Chrome, there are additional extensions for customizing things like the bookmark manager.