While Apple started handing out free trials for Apple TV+ at the same time, not everyone jumped on board the opportunity at once. As a result, some folks’ free trials are expiring before others. But Apple is making sure those folks don’t get left behind.

As we reported earlier this month (January 15), Apple extended free trials for Apple TV+ all that way out to July. So, for some customers, their free trial was supposed to end in November of last year. But Apple extended them until February before that happened. And, at the same time, the company offered to cover the $4.99 per month cost to those who would see their free trial already expire.

Apple is doing the same thing again. Earlier this month the company extended the free trials for Apple TV+ customers who hopped on board all the way out to July of this year. Now, to compensate for paying Apple TV+ customers and make sure they don’t get left out of the promotion, Apple is once again offering credits. 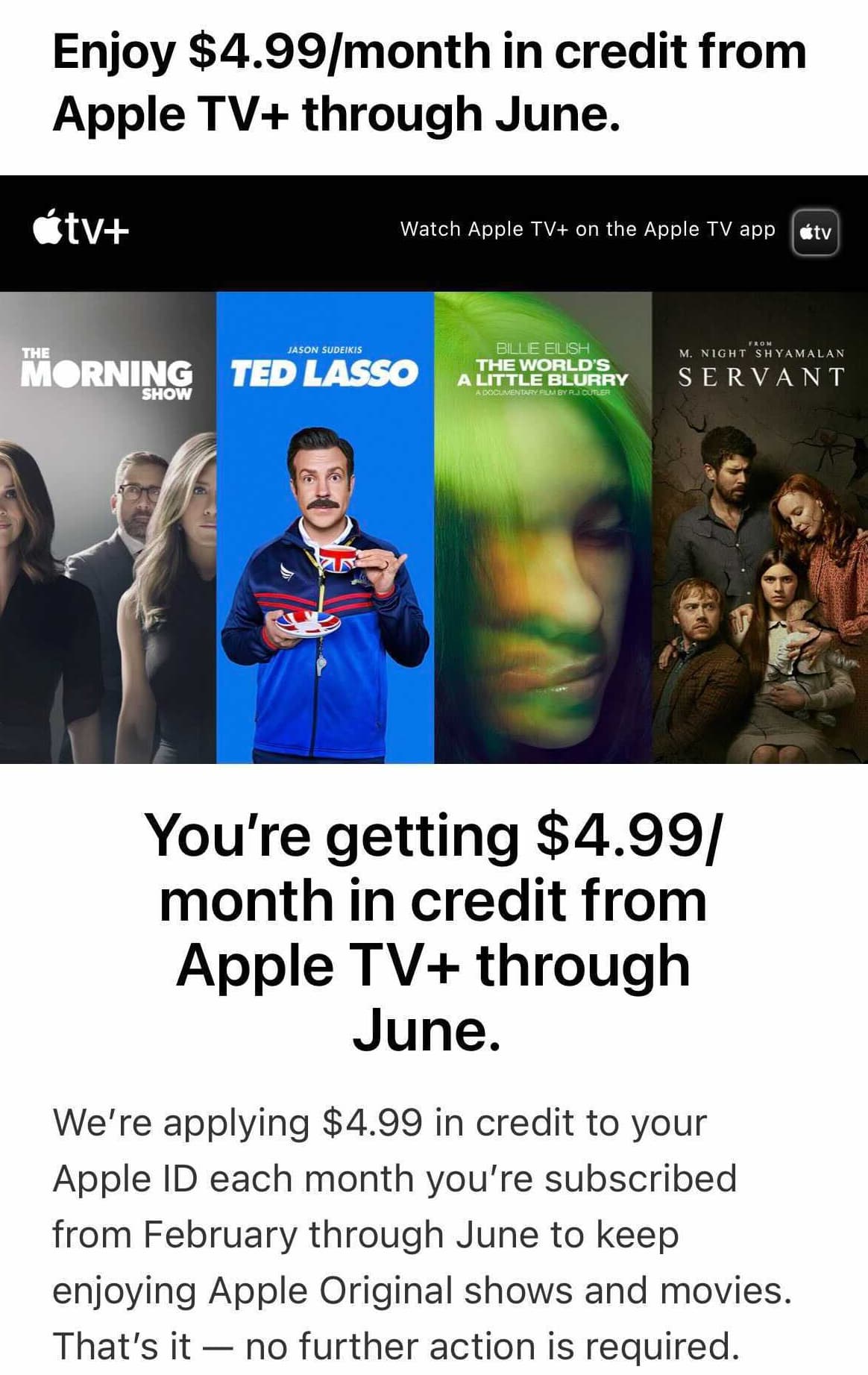 So, for any Apple TV+ customers who started paying for the video streaming service before January 15, 2021, you should start receiving a credit of $4.99 per month to cover the cost. That will go on until June of this year.

These credits are handed out to customers who are already on monthly plans, or for those who signed up for the Apple One offerings. It’s worth noting that if you signed up for a year’s worth of Apple TV+, your end date should be adjusted to compensate for the new free trial periods.

So, a friendly reminder that if you get an email from Apple that looks like the one just above, you’ve got more free time to check out Apple TV+ content like the new season of Servant, the brand new original film Palmer, and, of course the first season of the highly-praised Ted Lasso. Plus much, much more.