In December of 2020, Apple launched privacy labels for apps in the App Store. The idea is simple enough: show relevant information regarding what an app is doing related to privacy and data to the user. This gives them the power to make a decision, based on that data, before installing the app on their devices.

Apple has said it’s a work in progress, and it appears that is certainly the case. It has been over a month since the feature went live, and now it’s a requirement for developers. They need to include these privacy labels with their app, or apps, when they submit them to the App Store. That includes updating existing apps and submitting new ones.

Apple made the information easy to reach, and easy to read. Simply open the app’s landing page in the digital storefront, scroll down, and you’ll see a section entitled “App Privacy”. From there, you can see at a glance the information the developer has shared regarding app/user privacy and data. Users can also select “See Details” to dig a bit deeper.

Here’s what that looks like for the super popular game Among Us, available now in the App Store: 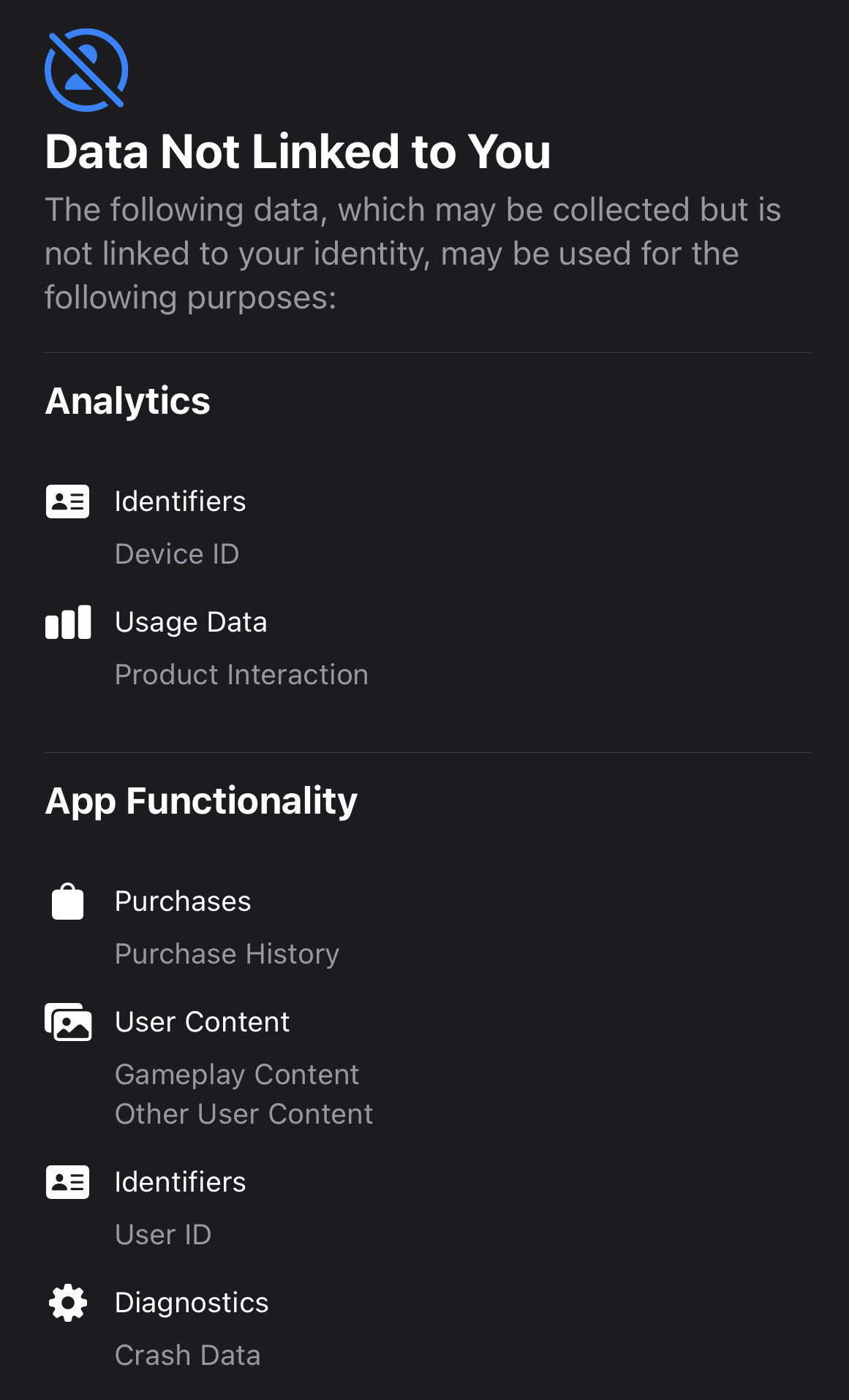 It’s clear and presented well. But there is apparently a catch.

As we noted earlier today from a story by The Washington Post, what information is displayed here is put together by the developer of the app. They decide what’s shown to the user. And while Apple does audits of the information, generally speaking, the company is working mostly on the honor system. Unfortunately, many developers are not following suit, and many apps are showing inaccurate –or downright misleading– information to users.

This is a problem. At least it is right now.

Because Apple is working on the honor system, users have to do the same thing with the company. And, in truth, it’s been that way for a long time. Owners of Apple products take the company at its word that, not only will things work the way they do, but that user privacy and data security is as important as the company says it is. So these privacy labels are part of that equation, part of that relationship. 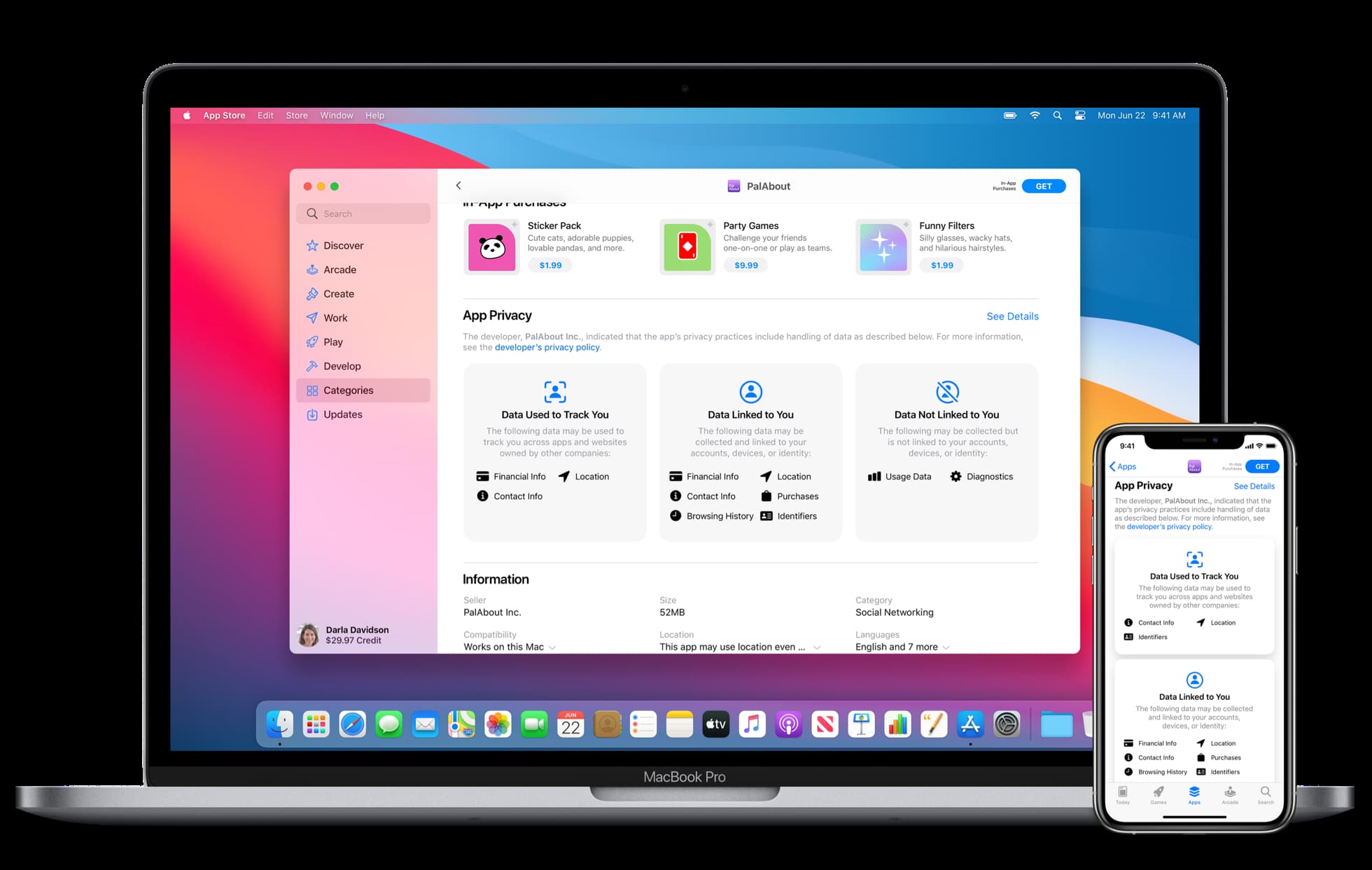 Honestly, the discovery that some developers are abusing the system is not a surprise in the slightest. It was bound to happen, and the fact that it’s basically right out of the gate shouldn’t shock us. The bigger surprise is that a company like Apple, which essentially rules (or tries to rule) with an iron fist is leaving something like this basically up to chance. “Will the developer be honest?” Apple seems to be relying on, “I sure hope so” more than anything else.

It’s a work in progress, though. So maybe that will change. Because, as it stands right now, a month into the feature’s existence and it appears it’s on shaky ground.

I don’t install a lot of apps on my devices. Basically the ones I’ve used for years at this point. I may try a few games here and there, but I rely on Apple Arcade for most of that, with some exceptions. I care about my personal privacy and device security, and that’s why I was excited about privacy labels. But seeing what we did today makes me wonder if they’re worth it at all, especially if Apple’s not going to be the gatekeeper like it is with so many other things.

But, I’m curious if you’re using these privacy labels at all. And do you think this issue with misleading information is a big deal, a failure on Apple’s part, or something that can essentially be ignored?