Tweetbot has become one of the most prized Twitter third-party apps out there. Now, in its sixth generation, the app focuses on adding new features and changing how customers pay.

Today, Tapbots, the developers behind the popular Twitter app, launched Tweetbot 6. It’s free to download, but there’s a catch: a subscription model to unlock the full features baked inside. The subscription model isn’t just to unlock what’s already there, though. Tapbots says the new pricing model is meant to make sure that features can still be developed, and additional Twitter APIs can be supported, in future updates for the app.

MacStories has the initial story on the app’s debut today. It’s worth noting right now that Tweetbot 6 is an entirely new app, so even if you have Tweetbot 5 already installed on your iPhone or iPad, you’ll need to install the new app to get the new goods. 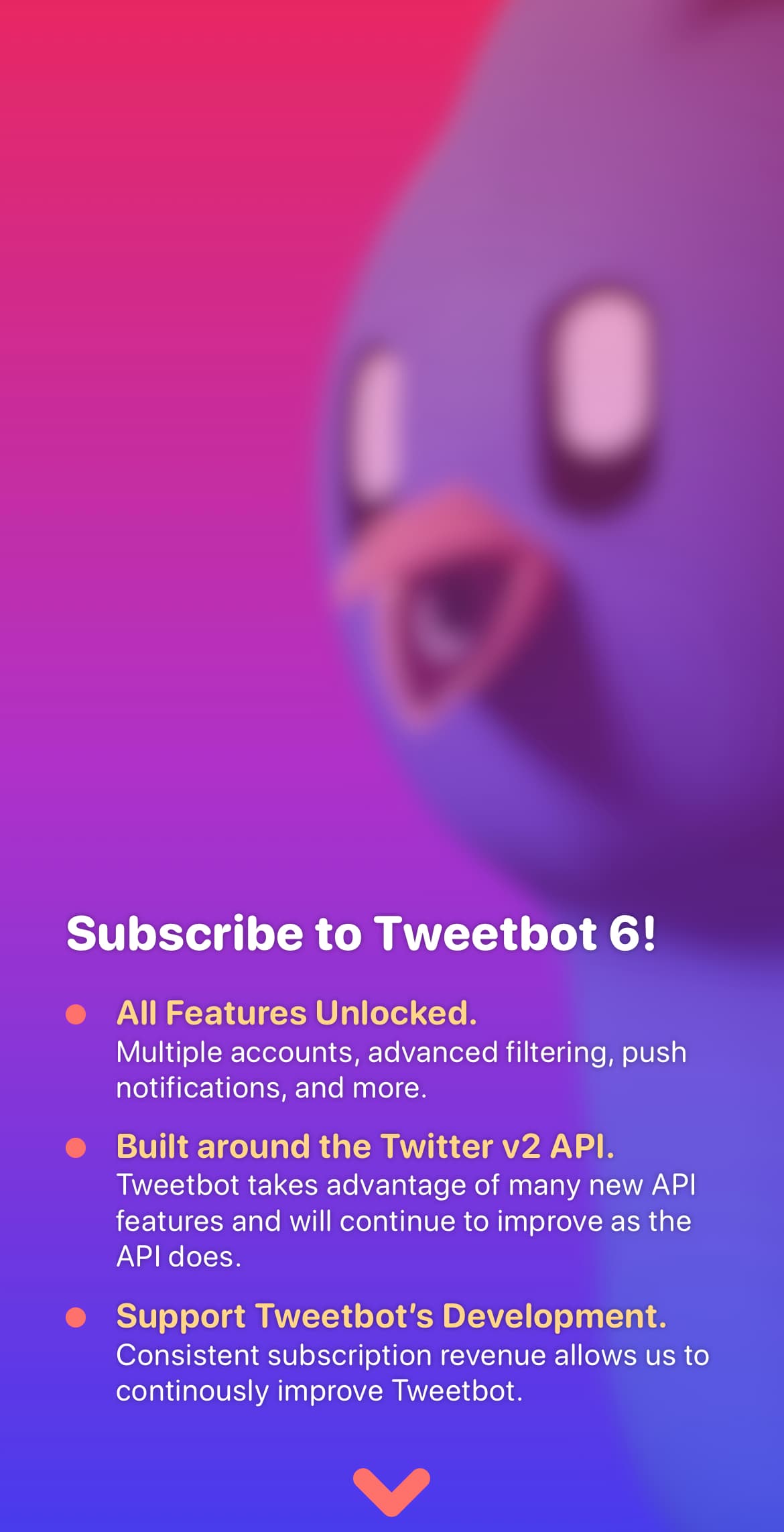 But you’ll need to subscribe at all if you want to use the app. The core functionality, along with future updates, is locked behind that particular paywall. But subscription pricing isn’t egregious by any means. You can choose to spend $0.99 per month, or drop $5.99 annually.

Tweetbot 6 supports the newest APIs developed by Twitter. It also adds a few tweaks to the Timeline support. With those things now built into the new app, you’ll be able to see cards and polls in Tweetbot 6. There are new app icons to choose from, new themes, enhancements to Dark Mode, plus more.

Tweetbot 6 is available now. Do you plan on making the switch? Or do you use another Twitter app?